SMM Maritime Industry Report: Sector sees light at the end of the tunnel

For the first time in its history, Hamburg Messe und Congress GmbH has conducted a large-scale study asking exhibitors and visitors of the leading global trade fair for the maritime industry to give their assessment of the sector’s economic and technological development. The SMM Maritime Industry Report shows that the industry is looking to the future with confidence, and reveals the key issues that are on everybody’s mind.

Reflecting the views of more than 2500 participants from 69 countries, many of whom hold senior positions in the maritime industry, the SMM Maritime Industry Report, prepared jointly by Hamburg Messe & Congress GmbH (HMC) as the organiser of SMM, and the market research institute mindline, presents a good impression of the prevailing sentiments in the industry. “Our first comprehensive industry survey is a great source of inspiration as we prepare for the next SMM in September 2018,” says Bernd Aufderheide, President and CEO, Hamburg Messe und Congress GmbH. While the maritime industry has gone through difficult times, it is now ready to tackle the future with a can-do spirit. “The results of the SMM Maritime Industry Report are a very valuable source of information for us in aligning the SMM itself and the accompanying conferences with the needs of the industry,” the CEO of the Hamburg trade fair organisation points out. Nearly ten months before it opens its doors, SMM is almost fully booked. “This underscores the role of SMM as the world’s leading industry fair, and it shows how much value companies assign to personal interaction, expert input and tangible technological progress, especially in turbulent times,” says Aufderheide.

Big response and top-flight participants
“We asked the exhibitors and visitors of SMM about the top items on their agendas, and how they gauge their economic perspectives,” says Claus Ulrich Selbach, Business Unit Director – Maritime and Technology Fairs & Exhibitions at HMC. Respondents included representatives of shipowning companies, shipbuilders and suppliers from around the world. In addition to the economic and technological development the survey also addressed planned investments. “I haven’t heard of any other study covering the industry in such breadth,” said Hauke Schlegel, Managing Director of the Marine Equipment and Systems working group at the German engineering industry association VDMA. The participation profile is a representative cross-section of the entire industry:

Ship-owning companies plan to invest
For the first time a “Maritime Industry Score” was computed based on the outcome of the survey. This score reflects the business expectations of shipowning companies, shipyards and suppliers. “We want to hold regular business climate surveys in future to find out more about the mood in the industry,” says Claus Ulrich Selbach. In the wake of an economic lull that has lasted nine years, the results of the current survey betray a certain basic optimism across the maritime sector, in spite of expectations of a continuing consolidation process. The overall Maritime Industry Score was 54.6 points, with the shipping segment’s 33.2 points clearly lagging behind shipbuilding (47.1 points) and the supply industry (61.9 points). These figures represent the ratio of positive versus negative growth expectations. The surprisingly positive outcome proves that the industry is beginning to see light at the end of the tunnel.
There are signs of hope even among shipowners. Some of the players clearly view the growth prospects as positive, indicating an increasing willingness to invest, as one particular survey result reveals: 20 per cent of responding decision-makers consider it as ‘very likely’, and an additional 12 per cent as ‘likely’ that they will order new ships within the next 12 months. “This is especially surprising considering the fact that this value is far above the typical fleet rejuvenation rate,” comments Dr Max Johns, Managing Director of the German Shipowners Association VDR. 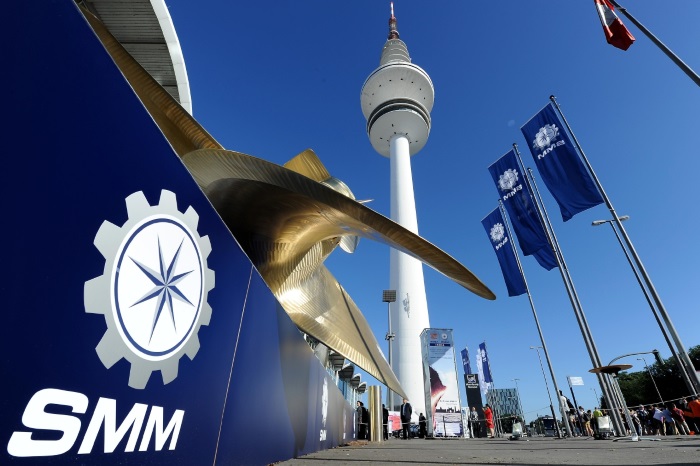 Strong interest in LNG
There is one particular field in the shipbuilding segment where the need to act is felt especially urgently: Following the entry into force of the Ballast Water Convention of the International Maritime Organisation (IMO) in early September 2017, 54 per cent of responding shipowner CEOs intend to retrofit their ships accordingly.

Stricter environmental regulations are also causing a stir in the ship propulsion segment. The industry is homing in on LNG as an alternative to conventional ship fuels. 44 per cent of respondents said LNG is their first choice when contemplating ship newbuilding orders. But hybrid solutions based on marine diesel are likewise popular. “There is no way around the energy transition in the maritime sector. The increasing number of newbuilding orders and retrofits shows that LNG is gaining ground. The future of low-emission shipping has long begun,” says Dr Reinhard Lüken, General Manager, German Naval Architecture and Ocean Engineering Association (VSM). The supply industry agrees, with 49 per cent of respondents saying they consider LNG as the champion among alternative fuels.
Another item high up on the agenda is Autonomous Shipping: 36 per cent of shipowner executives believe it to be the future of merchant shipping. 90 per cent of those in support believe that the use of unmanned ships will be routine in as little as 20 years. “We have seen an enormous shift in public opinion here,” says VDR managing director Johns. The two-decade horizon is not a far-fetched prospect, considering the average service life of a ship, he adds.

Study lends fresh impetus to SMM
The maritime sector is already showing great interest in remote monitoring of ships and ways to protect ships against cybercrime. “The opportunities and challenges of digitalisation are on everybody’s mind in this industry. Therefore this topic will play a key role at SMM 2018, for example during the Maritime Future Summit,” says Business Unit Director HMC Selbach. New technologies that can be helpful in optimising processes and increasing efficiency are in demand. Accordingly, 66 per cent of respondents from supply companies see a “high” or “very high” sales potential for their products in the market. Three out of four (74 per cent) have observed that innovative technology is being welcomed by customers. The responding suppliers believe that the German, Chinese and US markets have the highest growth potential. Overall nearly 70,000 global contacts where utilised in the online survey for the SMM MIR. More than 2500 respondents answered every single question. “This is a better response than what many comparable surveys have been able to achieve,” says project lead Jörg Kunath from mindline. HMC plans to conduct the SMM Maritime Industry Report every two years in order to draw a continuous picture of the maritime industry mood.
Source: Port Of Hamburg