Smooth sailing – getting proactive on the big biofouling problem

Biofouling is, or should be seen as, public enemy number one when it comes to impacting on marine ecosystems and handicapping vessel performance worldwide. However, given that cleaning practices can be as invidious as the fouling itself, and no silver bullet solution exists, the industry faces a struggle to arrest the issue. Now, as awareness grows and the need for new regulations come into focus, key stakeholders are acting. Here key stakeholders discuss what they do, what they want, and exactly what the industry needs.

Make no mistake, biofouling is the enemy.

The accumulation of aquatic organisms on vessel hulls harms everybody. These mobile communities need no invitation to set up camp on the once smooth underwater expanses of ships. Here they grow and prosper, causing increased hydrodynamic frictional drag that manifests itself in significant vessel speed loss and inefficiency.

As a result, more fuel has to be consumed to maintain speed and manoeuvrability, hitting both business bottom lines and the environment.

In fact, according to the IMO, world fleet fuel consumption (and corresponding emissions) could fall by as much as 10% if hulls and propellers can be kept as pristine as possible.

However, according to Captain Par Brandholm, Offshore Navigation Ltd., the real impact could be even higher.

The cost of failure

“I’ve seen incidences where the antifouling systems applied by yards fail completely, leading to widespread hull macrofouling,” Brandholm states. “In my own experience – and I know because I have measured speed loss constantly – this can lead to speed loss of more than 15%. Which is enormous.”

What’s even greater is the power demand to try and reclaim that loss.

“You need 65% more power to try and maintain the same speed with such a badly fouled hull. Which, of course, you’re not going to get… and that impacts upon operations. It is a huge problem that demands constant attention.

Something Saga is acutely focused on: 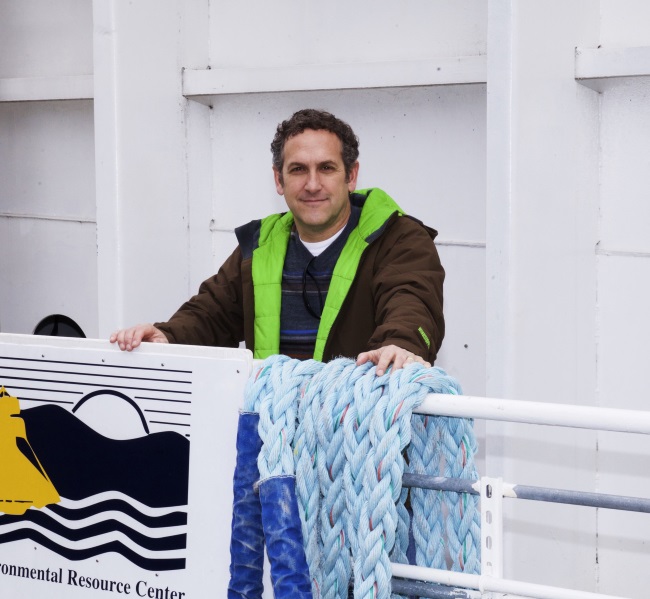 “We are very forward-looking in terms of hull maintenance,” he stresses, “and we keep our ships as clean as possible at all times. Most shipowners face the same challenges if their vessels trade in similar environments to ours, and today’s fuel prices mean this issue is more important than ever. We see a clear relationship between hull maintenance, environmental performance and the bottom line.”

Leading coatings are the foundation for success Bjorhovde says – “we use the very highest quality coatings on our hulls” – with slime washing off high-grade self-polishing solutions, but larger fouling can still require more hands-on removal.

“If cleaning is necessary, our ships may stop in northern Brazil or possibly in the Canaries if they’re heading for Europe,” he adds.

One of the principal issues with dirty vessel hulls is their capacity to spread invasive species around the globe – introducing new organisms that outcompete local species, devastating fragile marine ecosystems.

Although much of the focus on invasive species has centred on ballast water, leading to stringent IMO and USCG regulations, studies show that biofouling is actually a far bigger facilitator. In fact, research from New Zealand attributed over 70% of marine invasive species to biofouling, with only 3% originating from ballast water.

Another powerful argument for shipowners to get proactive in this age of growing environmental awareness.

“But they must be careful,” warns Sigurd Enge, Head of Shipping and Arctic at Bellona, a leading international environmental pressure group.

Sleeping with the enemy

Enge stresses that better in-water cleaning solutions are needed to adequately tackle the transferal of species, with some current practices arguably exacerbating the problem they’re meant to address.

“So, we end up giving the invaders a helping hand,” he laments.

In addition, the process can damage a vessel’s expensive anti-fouling coating, leading to diminished protection for the ship and, with the release of potentially toxic biocides into the water, further environmental impact.

“Therefore we need to choose the solutions we employ carefully,” Enge adds. “The wrong choice can potentially do more harm than good.”

Individual ports are moving ahead of international regulators, with many leading locations, such as the Port of Rotterdam, banning ‘open loop’ hull cleaning in favour of closed loop operators.

“Companies must ensure that any debris from cleaning – such as paint flakes from the hull coating or organic matter – is captured,” says Ron Van Gelder, a Senior Advisor at the port.

However, even with accepted cleaners there are challenges to the industry he adds, especially with regard to standardization… or rather the lack of it. 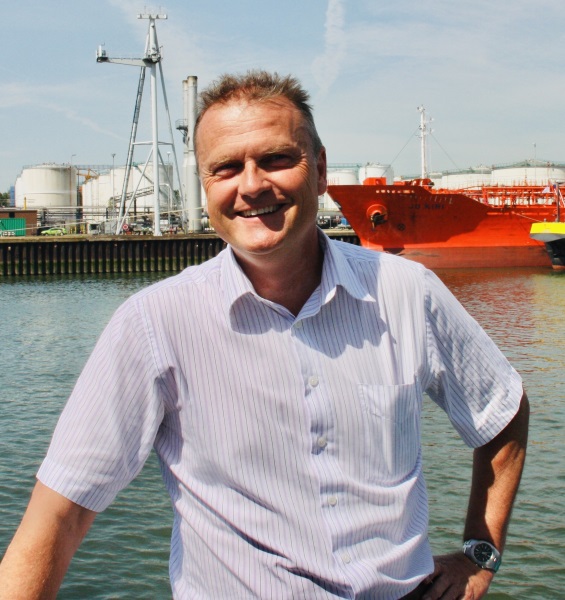 “Any cleaning of the hull is entirely dependent on the competency of the cleaner,” Van Gelder explains. “Certain teams or solutions may be excellent, but others may miss fouling or fail to clean to a required standard. There is no standardization at all in fact, and that is a problem in itself.”

BIMCO is currently working on a standard he notes, with a proposal to ISO expected in the near future.

So, what can owners do to ensure they adopt the right approach?

Brandholm, who freely admits to being “more than a little preoccupied” with biofouling, says the best coatings are a prerequisite, followed by ongoing vigilance.

“I advise owners to introduce regular crew inspections every three months using GoPro cameras to assess any fouling risks, while, and this is key, creating a reliable system to monitor speed loss. That really is essential.”

For his part, Brandholm has implemented a regime whereby high frequency data is collected and used to pinpoint exactly which vessels may be experiencing performance issues (particularly speed loss) relating to biofouling.

In terms of the actual cleaning of the hulls, there could be interesting developments on the horizon. 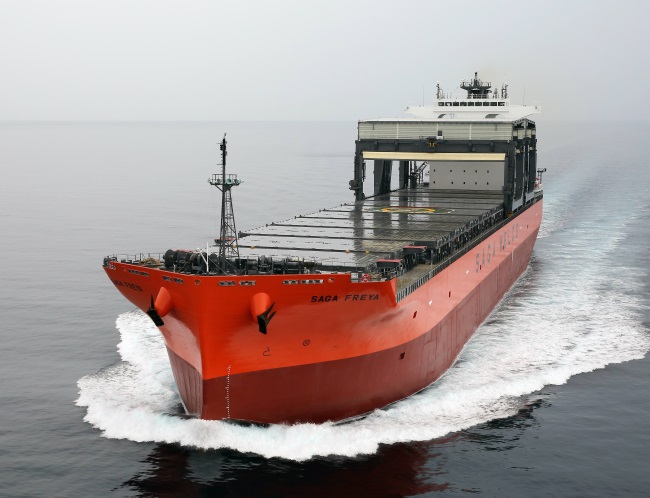 Professor Mario Tamburri is the Director of the Maryland-based Alliance for Coastal Technologies (ACT) and Marine Environmental Resource Center (MERC); publicly funded partnerships dedicated to facilitating the development, testing, acceptance and adoption of technology that protects and serves the marine environment.

Biofouling is a key area of focus.

Tamburri has seen a growth of interest in “proactive” cleaning, whereby new-to-market solutions can maintain clean hulls by cleaning before fouling has a chance to gain a significant foothold (essentially at the stage when biofilm or slime appears, before macrofouling). This would safeguard the coating, ensure optimal business and operational performance (with minimal speed loss) and protect the environment from both unnecessary emissions and invasive species.

“It’s early days in terms of proactive solutions, but development is underway,” he reveals. “Proactive solutions may not replace reactive ones completely – as, for example, if a vessel has had an extended lay-up period it might experience macrofouling growth and require in-water cleaning with capture – but they can form a very important part of an overall, holistic approach to optimal biofouling management and vessel performance.”

Bellona’s Enge believes this is an exciting prospect.

“The best approach is definitely a proactive one,” he states. “If you stop organisms from growing in the first place you prevent the problem, full stop.

“That means neither the shipowner nor the environment ever has to pay the price for the transportation of biofouling. At Bellona we’d like to see more work on this – solutions that act as guardians for both vessels and nature, helping this industry move more sustainably into the future.” 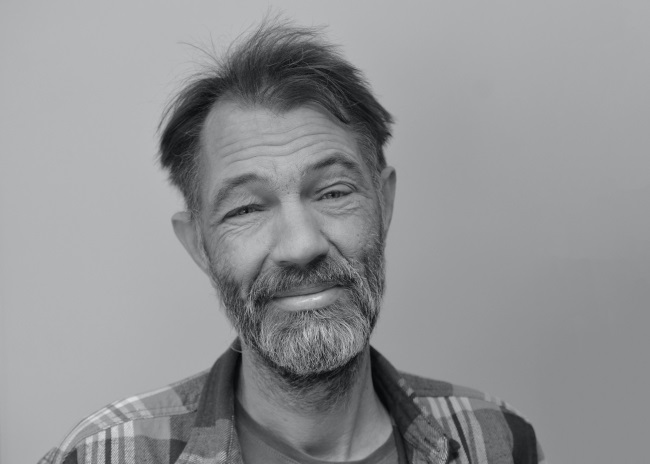 At present there are no international biofouling regulations, at all. IMO introduced guidelines in 2011 and followed up with the introduction of the GloFouling Program last year, while individual states – namely New Zealand, California and Australia – have moved unilaterally to impose their own standards.

Enge praises these “trendsetters” suggesting that their action will help create momentum, but warns: “However, collective action is necessary to create one standard that all must adhere to, and that has to come from the IMO.”

But before any shipowners out there release an exasperated sigh and words to the effect of “not another regulation”, take heed of the words of Professor Tamburri.

He concludes that any action taken to reduce biofouling releases clear commercial benefits.

“There’s an established business case in maintaining clean hulls,” he says, “the more effectively that can be done the greater the returns. This is a clear win-win.”

At last, it seems, the industry may have the means and motivation to get biofouling on the run. We just need to get proactive.
Source: Blue-C