A slowdown of dry bulk ordering activity, combined with more demolition is beginning to improve market fundamentals, especially in the smaller classes. In its latest weekly report, shipbroker Intermodal noted that “a step back from the intense everyday transactional reality of the SnP market is necessary from time to time to analyze and capture how fundamentals are influencing the dry bulk sector”.

According to Intermodal’s SnP Broker, Mr. Nassos Soulakis, “the Handysize sector has the healthiest newbuilding (NB) tonnage supply levels among dry bulkers; their newbuilding orderbook (OB) to fleet ratio is small (5.2%) compared to 20-plus year-old vessels which constitute approximately 15% of the existing fleet. The Handy OB is even below the 25-plus year-old vessels to fleet fraction; this further strengthens our low tonnage supply hypothesis for the sector. Despite the high probability of exceeding subdued 2018 and 2019 figures, the overall Handy fleet’s supply equilibrium is not drastically depleted by the current year-to-date demolition percentage of just 0.71%. Currently, the average Handy vessel demo candidate is built in Japan or China (with equal likelihood) and has a lower than 30K dwt carrying capacity. Approximately 80% of the current Handy orderbook is comprised of vessels with capacities of [37-45]K dwt built in Japan and China on a 70:30 basis. The above-mentioned phenomena have established a 1:3 small to large Handy ratio which is projected to widen significantly”.

Soulakis added that “Supramax/Ultramax vessels portray similar overall trends and are governed by a low NB tonnage supply (4.5%) coupled with a high number of vessels aged greater than 20 years of age (12%). Scrapping activity is analogous to that of Handysize vessels; demo levels are low compared to historic benchmarks. The average Supra/Handymax (Sx/Hx) demo candidate is a Japanese (in its majority) built Handymax which ranges in size from [42-48] K dwt. The Sx/Hx population is still double the Ultramax one. This gap is projected to decrease at an increasing rate with more Ultramax orders being recorded. Currently, 47%, 20% and 33% of orders are from Japanese, Japanese-affiliated and Chinese yards respectively. Ultramax orders are 6-fold the respective Supramax order figure”.

Meanwhile, “Panamax/Kamsarmax (Px/Kx) orderbook to existing fleet ratio is 0.52 which is less than half the recent 5-year historic average (1.11). Despite the overall positive Px/Kx outlook, the sector has a higher NB supply relative to plus-20-year-old Handy and Supra/Ultra to fleet ratios (0.35). Scrapping activity is scarce with only a handful of Panamax demolitions recorded. The number of Kx vessels is projected to exceed that of Px ships in the next 1-2 years for the first time; approximately 20 Kx orders are placed for every Px order”. 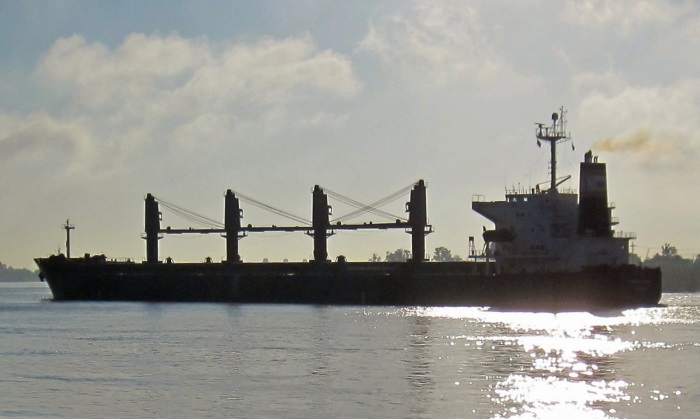 Finally, “Capesize (Cs) figures seem the least appealing of all sectors; the 8.4% OB to fleet is significantly higher than in smaller sizes. However, the current Cs OB is at a 5-year low and almost one-third less than the historic 5-year average (12.2%). Scrapping activity is already at 2019 and 2017 levels and double 2018 levels. Yearly Cs scrapping activity (always greater than 1%) has consistently consumed a sizeable portion of the low plus-20 and 25-year-old vessel portions of the Cs fleet”, Soulakis said.

According to Intermodal’s analyst, “in conclusion, the aggressive transition towards larger vessels is imminent among all dry bulk sectors. This trajectory is even more profound when analyzing the dry bulk sector’s dynamic dwt distribution shift. Should no further unforeseen circumstances commence, NB and demo rates are projected to remain relatively steady in the years ahead. The current status quo has established a fruitful groundwork upon which a profitable future in the SnP realm may very well be realized”.
Nikos Roussanoglou, Hellenic Shipping News Worldwide