Solid growth for wind and solar amid energy crisis

Growth in the solar market is highest for large-scale solar plants (+14%), while small-scale rooftop solar is set to increase by 11%. In the wind market, growth is highest in the offshore market (+16%) as some large offshore wind parks will come online in 2022. The onshore wind market is less subject to the timing of large projects and provides steady growth of 7%. 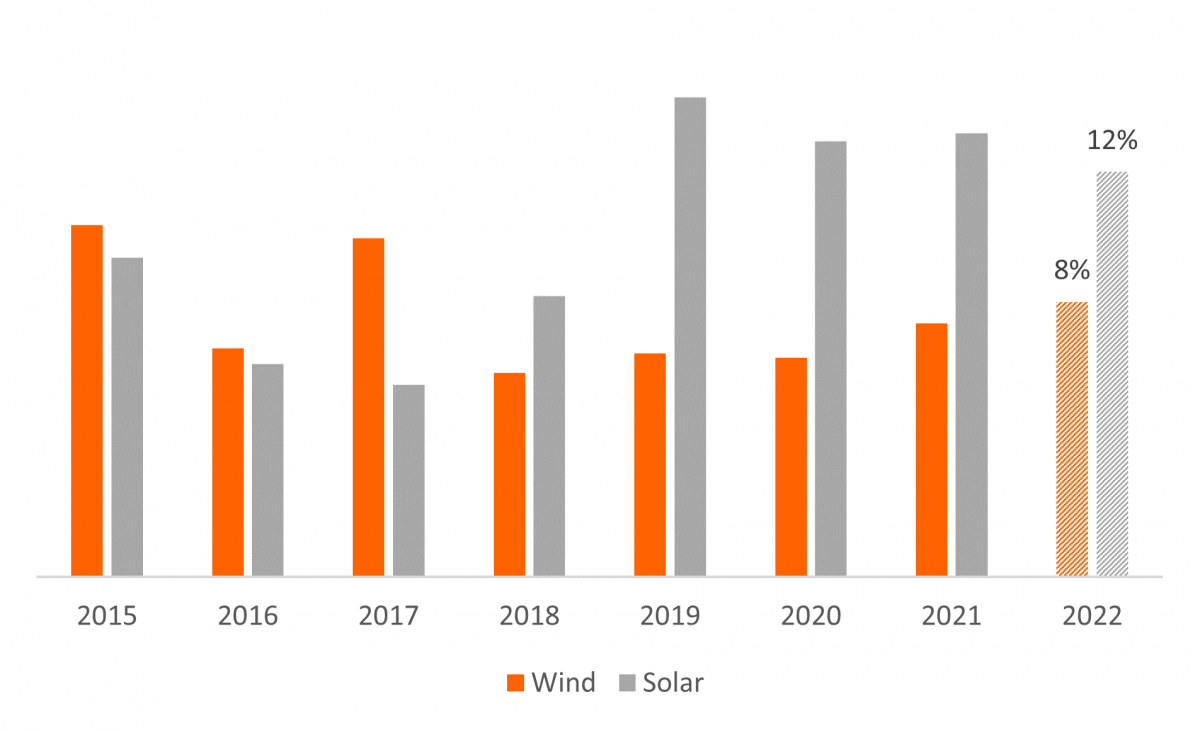 Growth is driven by small-scale rooftop solar and onshore wind farms
In absolute terms, capacity additions are largest in the onshore wind sector (+14 GW) and for small-scale solar projects (+12 GW). 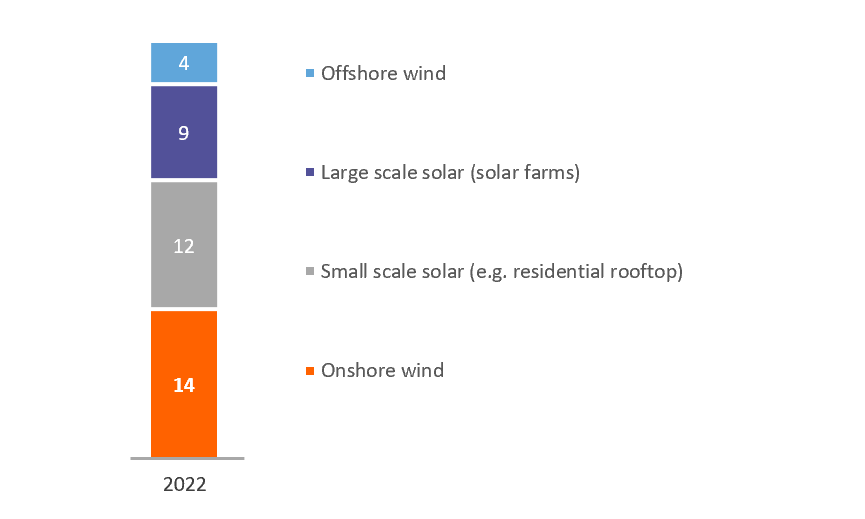 The energy crisis reveals the shortcomings of the ‘sustainability only focus’
Climate change calls for a radical new future energy system that heavily depends on renewable energy and reduces unabated fossil fuels. Solar and wind power will be driving future power systems in a zero-carbon economy, which Europe aims to reach by 2050.

To meet these climate goals, policymakers across Europe have shifted their focus almost entirely to the sustainability aspect of the energy system. The focus has been on phasing out coal- and nuclear-fired power plants, reducing European oil and gas production and increasing power generation from wind turbines and solar panels.

As a result, the supply-side of the energy system has been reformed much faster than the demand-side. Europe now heavily depends on natural gas imports from Russia and Norway and liquefied natural gas (LNG) out of the US and Qatar. That worked fine in abundant energy markets, but not in the current energy crisis for which there is no quick fix.

Energy crisis calls for a rebalancing of priorities
Weighing of the three main pillars of energy systems: sustainability, reliability and affordability

The current energy crisis calls for a rebalancing of priorities: from a sustainability, or ‘renewables only’ approach towards a balanced approach that includes the reliability and affordability of the European energy systems.

In that respect, today’s energy crisis is a wake-up call. Gas consumption in Europe is becoming increasingly dependent on suppliers outside the European continent. As the ‘renewables only’ approach is not possible, Europe needs to develop more green energy alternatives, such as hydrogen. Well-balanced and coordinated energy transition plans from member states are needed to solve Europe’s energy supply challenges.

Such a rebalancing does not mean that growth in wind and solar will slow down. In fact, coordinating the coal and nuclear phase-out across countries, keeping closed coal plants available as a backup instead of tearing them down, and the building of new gas-fired power plants with carbon capture and storage could in fact enable an acceleration of growth in renewables.
Source: ING