Sovcomflot: Significant turnaround in first half performance reflects success in the industrial projects and the improved market conditions

PAO Sovcomflot (SCF Group), a world leader in energy shipping and offshore services to the oil and gas industry, reported its results for the first half (H1) 2019.

On 23 May 2019, the Board of Directors approved the company’s strategy up to 2025, aimed at further consolidation of the company’s position in tech-intensive business segments and growth in the fleet share servicing large-scale energy projects. Meanwhile SCF will retain its global leadership in energy shipping.
Korolev Prospect, Vernadsky Prospect and Samuel Prospect LNG-fuelled 114,000 DWT Aframax tankers added to the fleet. Sovcomflot is a world leader in adopting cleaner-burning LNG as a primary fuel for large-capacity energy shipping.
In May, Gagarin Prospect, the world’s first LNG-fuelled Aframax crude oil tanker was awarded ‘Ship of the Year’ at the 2019 Marine Propulsion Awards. Subsequently, in June 2019, the vessel won the prestigious Next Generation Ship Award 2019, which was announced at the Official Opening Ceremony of Nor-Shipping 2019 in Norway.
In March 2019, the Group celebrated the 10th anniversary of the start of LNG shipments from the Sakhalin-2 project. Over the past decade, Grand Aniva and her sistership Grand Elena have successfully completed over 300 voyages, delivering some 43.5 million cubic metres of LNG to Asian customers.
In April 2019, the Arctic shuttle tanker Mikhail Ulyanov delivered the milestone 10-millionth tonne of commercial oil produced at the Prirazlomnaya offshore platform in the Pechora Sea (operated by Gazprom Neft). This cargo of oil was the 150th from the platform since shipments began in April 2014.
In May 2019, Sovcomflot signed a new USD 297 million limited recourse credit facility, for up to ten years, with ING Bank; KfW IPEX-Bank, and Crédit Agricole Corporate and Investment Bank. The funds will be used towards the financing of two new-generation 174,000-cubic metres Atlanticmax LNG carriers, which will operate under long-term charters to Shell. 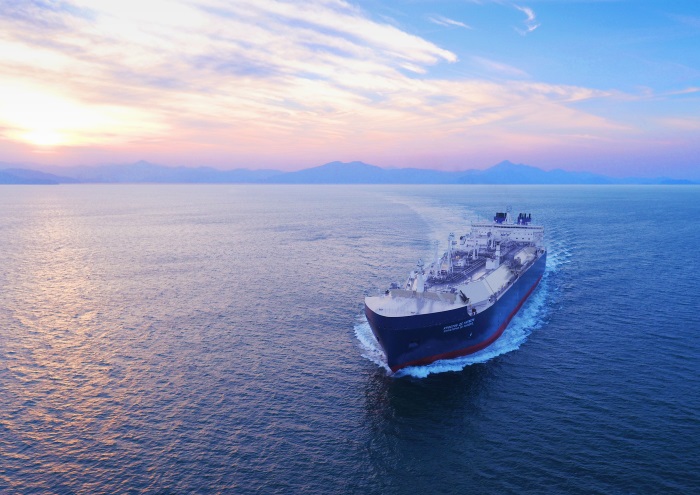 “The company achieved significant growth in the first half of 2019 compared to the same period in 2018, exceeding our budget plans. The successful operation of SCF’s vessels serving industrial oil and gas projects, together with the growth of revenues from fleet operations in the conventional tanker market segments (oil and petroleum products), reflected certain improvements in the freight market, although spot rates did not reach their historical averages.

“The main direction of the Group’s strategy to 2025 was approved by the Board of Directors on 23 May 2019. It envisages a steady increase in Sovcomflot’s operational and financial performance through further growth in the share of advanced vessels servicing large-scale energy projects in the Arctic Sea Basin, as well as through continued dedication to operational excellence and highest safety, sustainability and quality standards achieved with a reduced environmental impact – in line with Sovcomflot’s philosophy of ‘Safety Comes First’. We will continue delivering competitive services to our clients using cutting edge pioneering technologies and preserving our highly-professional pool of human resources at sea and ashore.

“Based on the supply-demand ratio forecasts for tanker tonnage, and taking into account the seasonality factor, we remain cautiously optimistic about the results for the second half of the year, as well as the prospects for 2020”.

“In H1 2019 we reached important milestones, celebrating the 10th anniversary of the start of LNG shipments from the Sakhalin-2 project by the Grand Aniva and Grand Elena LNGC’s and the 10-millionth tonne of oil transported by the Mikhail Ulyanov series of tankers from the Prirazlomnaya platform. In February, Yevgeny Primakov, an icebreaking standby vessel servicing the Sakhalin-2 project, received the award ‘Support Vessel of the Year’ from the ‘Offshore Support Journal. Stable and safe operation of SCF’s vessels ensures a high degree of competitiveness and service quality for our charterers”.

“Environmental safety and compliance with the principles of sustainable development are very important elements of the company’s Strategy-2025. In July, we marked the first year of operating the world’s first large-capacity oil tankers fuelled by LNG. The accumulated data from this period shows that using LNG enables a 30 per cent reduction in CO2 emissions compared with similar vessels powered by traditional fuels. This reduction exceeds the original design expectations. By 2023, we expect to double the number of LNG-fuelled tankers we operate. The company continues its systematic research work on implementing more efficient and environmentally friendly engineering solutions for maritime transport.”

“In the first half of 2019, Sovcomflot achieved steady financial results across all business segments, reflecting the underlying strength of our business model and the improved operating conditions in the conventional tanker markets during the period. The liquidity position remains strong, and the contracted capex programme has been fully funded. Future contracted revenues at the end of the period totalled USD 8.1 billion, providing good visibility and stability of future earnings and cashflows. In May, the international ratings agency Fitch upgraded the Group’s corporate credit rating to BB+, with a stable outlook, reflecting its confidence in our business and strengthening of Sovcomflot’s credit metrics, Moody’s and Standard and Poor’s also affirmed their credit ratings”.