For the first time in the history of shipping, a large-capacity oil tanker has crossed the full length of the NSR using only cleaner-burning LNG fuel.

The voyage from Cape Zhelaniya to Cape Dezhnev took 7 days and 6 hours to complete, during which the tanker covered a distance of 2,118 nautical miles at an average speed of 12.2 knots.

“Both the ice conditions and weather we encountered during the voyage were quite favorable, which allowed the vessel to travel the full length of the route independently, without icebreaker assistance. A well-prepared passage plan allowed us to avoid meeting massive icebergs in the Vilkitski Strait and then we avoided ice concentrated in the Long Strait by taking a new route to the north of Wrangel Island. I believe that this new route, together with the ‘Tikhonov Route’, opened by SCF in 2011, will come in useful for planning the eastbound commercials voyages of LNG carriers along the NSR,” said Oleg Shishkin, the tanker’s master. 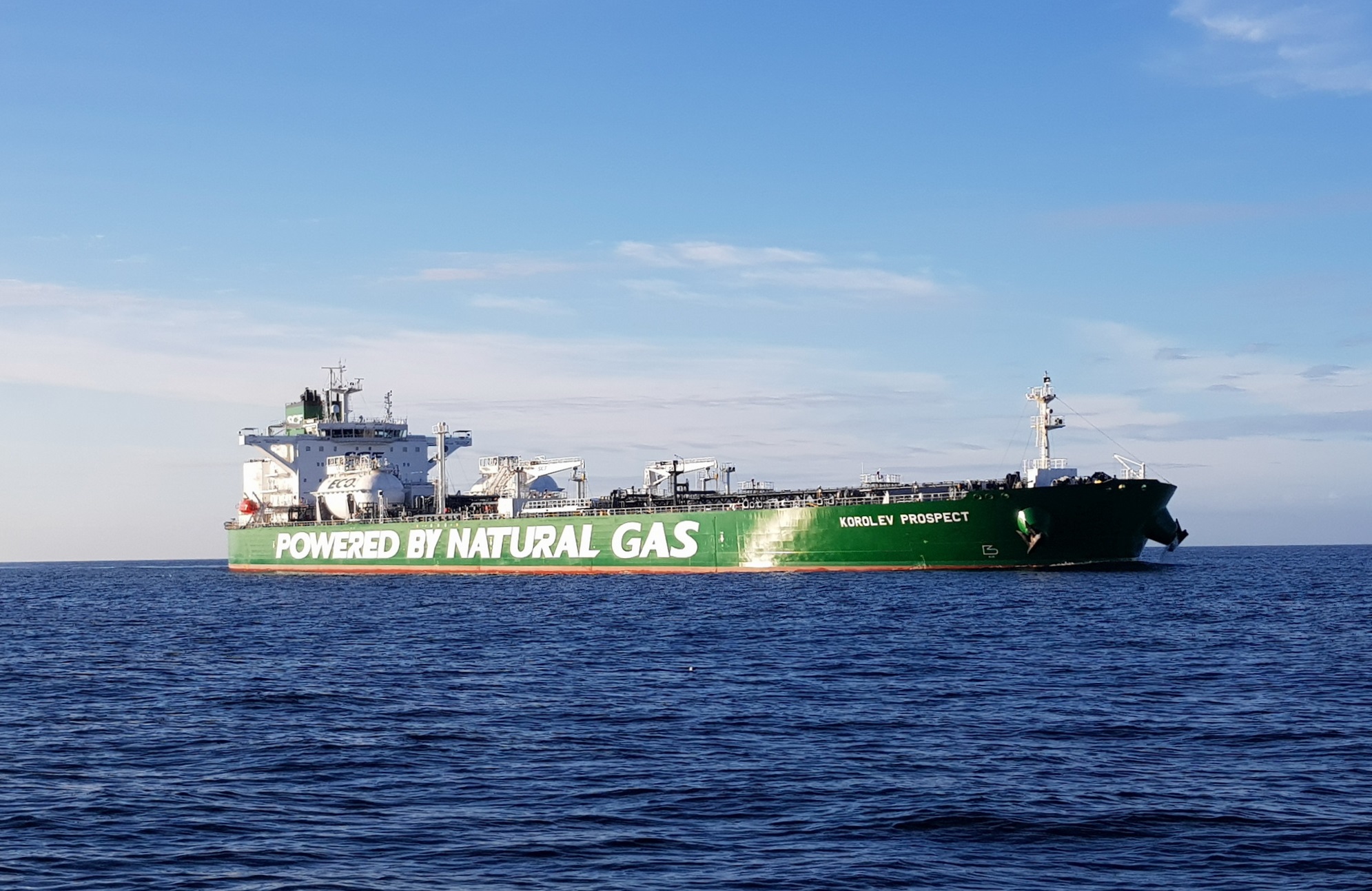 The vessel crossed the NSR as part of her commercial voyage from the port of Murmansk to China, carrying a cargo of crude oil.

During the voyage, the crew of Korolev Prospect was increased to include an ice advisor, Vasily Yermakov, one of the most experienced ice captains in SCF’s fleet.

In 2018, Sovcomflot pioneered the adoption of LNG as a primary fuel for large-capacity oil tankers. Today, the company has six LNG-fuelled crude oil tankers in operation. The data accumulated from operating these tankers shows that using LNG as a primary fuel achieves a 30 per cent reduction in CO2 emissions compared with similar vessels powered by traditional heavy fuel.

Korolev Prospect is the fourth in the ‘Green Funnel’ series of tankers. The 113,232-dwt vessel was delivered in February 2019. She has a length of 250 metres, breadth of 44 metres, and an ice class of 1A hull. 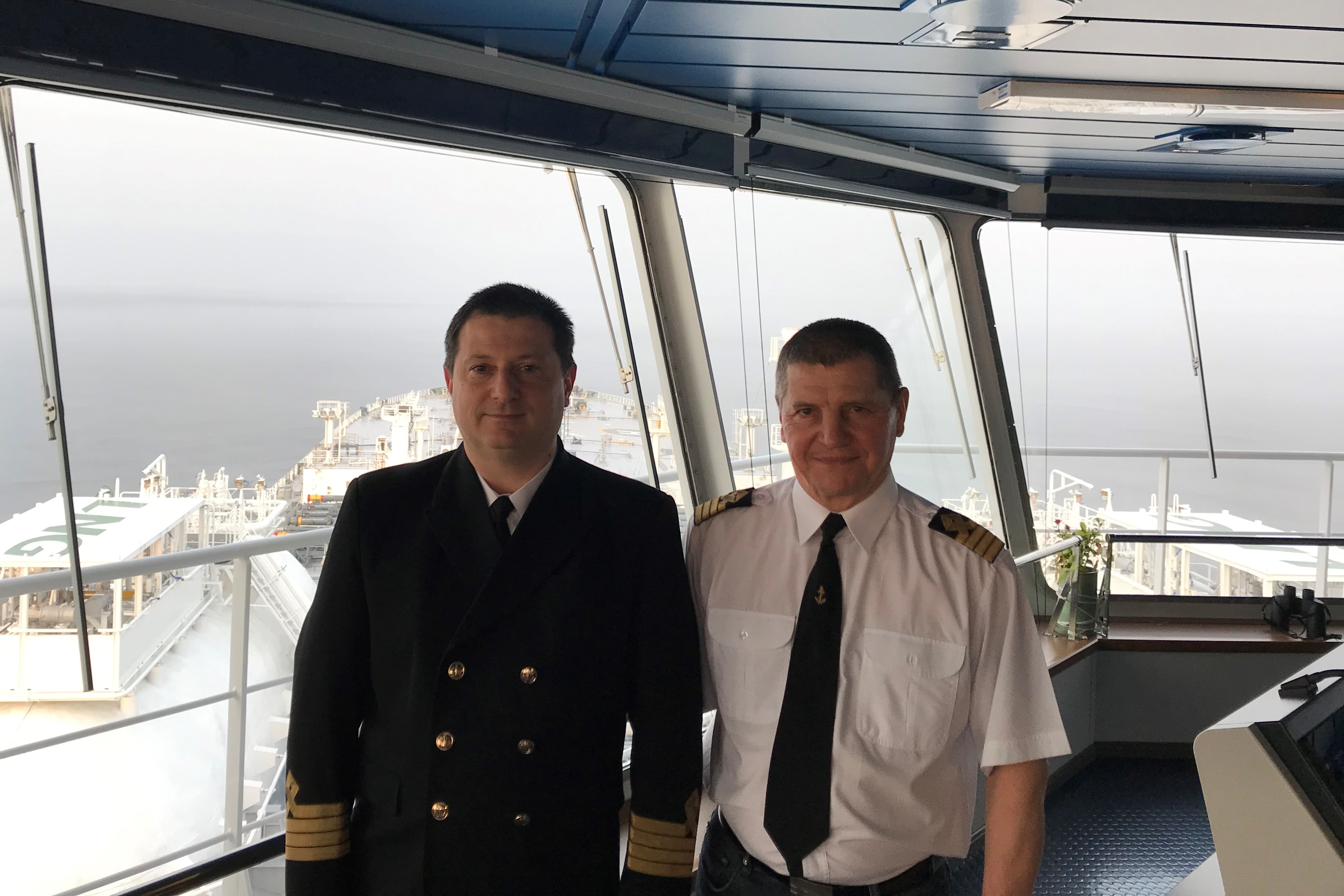 Sovcomflot’s ‘Green Funnel’ initiative to introduce LNG as a primary fuel for large-capacity oil tankers has been commended by industry experts. In 2018, SCF Group won an Environmental Award – Individual Company category at the Lloyd’s List Global Awards. In 2019, Gagarin Prospect, the lead ship in the ‘Green Funnel’ vessel series, won the international Marine Propulsion Award for Ship of the Year 2018 and the Nor-Shipping Next Generation Ship Award.

SCF vessels have been successfully operating in the Arctic seas for over a decade. During this period, the company has accumulated unique experience operating advanced marine equipment in harsh environment of high latitudes, as well as developing and introducing logistics support solutions for large-scale energy projects in the Russian Arctic.

In 2010-2011, Sovcomflot completed several experimental transit voyages along the NSR, proving that using this route as a transport corridor for large-scale cargo ships is both technically feasible and economically viable. These high-latitude voyages involving SCF’s vessels have laid the foundation for implementation of such projects as Yamal LNG and Novy Port.
Source: Sovcomflot