The power of collaboration and the magic of imagining the impossible are the big takeaways so far for representatives of the six Six Nordic partners who’ve been beavering away since January on a pioneering initiative to address the critical need to cut CO2 emissions from our industry.

Inspired by a common objective rooted in the UN’s Sustainability Goals to fast-forward the switch to carbon-neutral shipping, the partners settled on the ZEEDS (Zero Emission Energy Distribution at Sea) concept as the most promising solution. A game-changing vision for green fuel bunkering infrastructure in Northern Europe, it was presented in detail to a packed house at the Horizons conference and workshops event in Oslo on Monday and again at the Nor-Shipping Ocean Leadership meeting yesterday morning.

ZEEDS is eager to plug the expertise gap by pulling in new partners across the value chain – not only industrials and other owners/operators but also politicians, class, academia and financing institutions. Given the IMO’s call to strive for zero emissions, if what follows fires your imagination and you’ve got something to offer their mission, get in touch.

The concept envisages an “ecosystem” of offshore clean energy hubs strategically located close to Northern Europe’s busiest shipping corridors capable of producing, storing and distributing renewable fuels to vessels in transit. “Fuel stations placed in a highly trafficated area such as outside Bornholm or in Skagerak would become the infrastructure,” says Kvaerner’s Kenneth Simonsen, senior vice-president Strategy and M&A. It could of course be scaled up to serve global trade lanes supplying the world fleet. The vision was to look beyond just ships, says Wartsila’s Andrea Morgante, vice president, Strategy and Business Development. “We realised there was a lot of value to be captured in the logistics chain.” 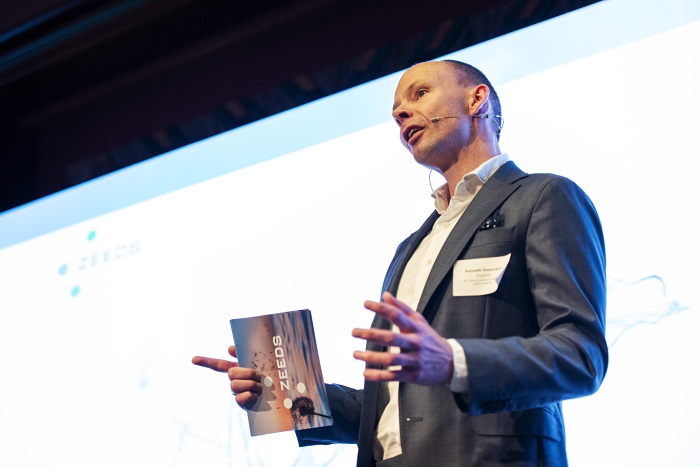 The hubs are designed as gravity-based structures in shallow regions and potentially semi-submersible floaters in deeper water, with the bunkering buoys either cemented to the seabed or floating in deep water. Clean energy for topside fuel production would be supplied by around 75 big wind turbines per hub. Solar and wave technologies are also potentially available in the push to harness energy from the ocean.

ZEEDS’ focus is on green ammonia as a feasible zero-emission fuel, given that it can be used on existing LNG-powered vessels without major modifications. But Margaret Mistry, Strategy & Innovation Manager at Equinor, emphasises the concept is “fuel agnostic”. Multiple fuels including hydrogen could also be utilized. Storage for ammonia is either internal or in seabed tanks using water pressure to keep the fuel liquid. Data calculations show each hub could potentially produce sufficient ammonia to supply 65 vessels per day. Hydrogen production and storage could be accommodated on an under-deck of the installations.

Distribution features ship-to-ship (STS) bunkering at sea that eliminates the need for clean-powered vessels to make frequent shore deviations to refuel, so minimizing operational downtime as well as port congestion. Bunkering is performed by autonomous units dubbed energy providing vessels (EPVs), powered by offtake from their own cargo and with a range of 50 nautical miles around the mother hubs. The full STS transfer is designed take two hours with both vessels travelling at six knots in a process already proven even in high seas. Drones airlift a pilot cable from the EPV to enable the bunkering hose to be reeled in and mated on the receiving unit. Each transfer is estimated to provide enough fuel for five days’ operation for a ship in a typical North Sea trade, says Wärtsilä’s Egil Hystad, general manager of concept development. 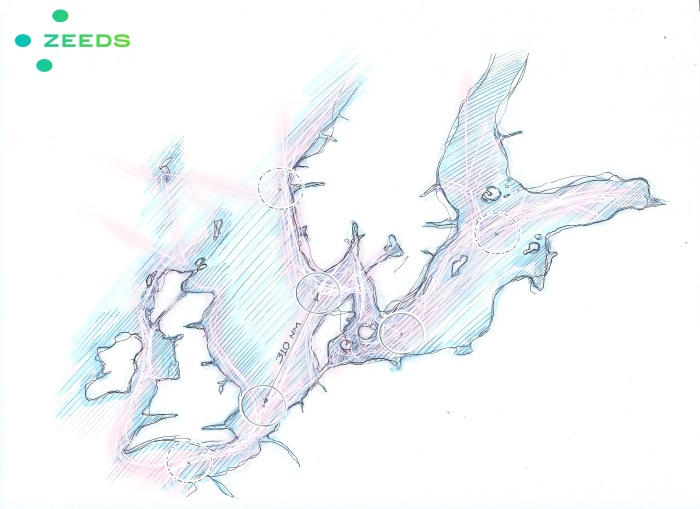 The entire scheme applies known technologies but combined in new ways in a new environment, says Kvaerner’s Simonsen. These need to be adapted to be fit for purpose. “It’s important for us to bring in new competence for example in ammonia and hydrogen production,” he says. Kvaerner started with no fixed agenda apart from exploring what is possible to build offshore.

All involved stress the knowledge sharing but getting mindsets in synch was not plain sailing. “But we very soon overcame our diverse angles and focused in on ideas,” says Wartsila’s Morgante. All agree the process has been eye-opening. Chief business process officer Matt Duke of Grieg Star says the main benefit for them is being ahead of the game. “Knowing what technologies and fuel types will become available in the short to medium term is key for us, so we can utilise them to deliver on our commitment to sustainable shipping in an environmentally and financially productive way,” he says. He emphasizes the ethical prerogative. “It’ll be a problem for our children and grandchildren if we don’t address decarbonisation. We have to get cracking.” Colleague Vidar Lundberg, chief business development officer, says the process “opened our minds to what’s possible, to think beyond what we’ve already done”.

For DFDS, the core benefit has been fielding ideas around big uncertainties, says Sif Lundsberg, project manager, Innovation and Technology. “I don’t see black shipping in 2050. We need to change,” she says. With short-range battery ferries kicking off the green shift, she sees larger ferries and ro-ro as the natural next step. Her colleague Sofie Hebeltoft, project manager, Climate Roadmap Implementation, says “it’s our responsibility to get involved, to provide incisive data, and to think about things that don’t seem possible today”. 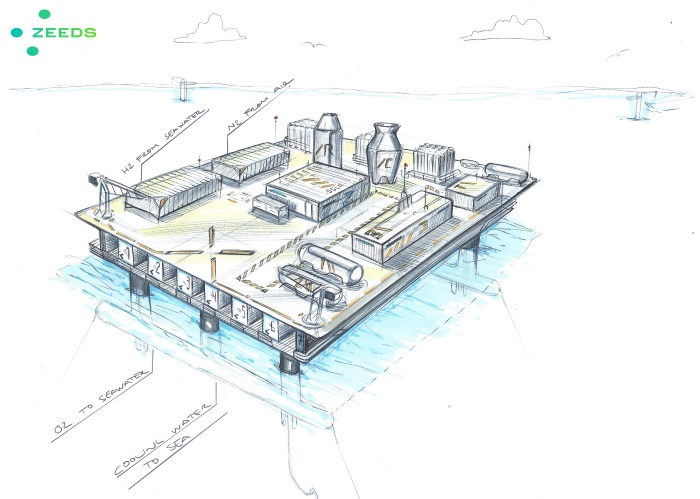 Equinor’s Silje Malmstrøm, project manager Climate Roadmap Implementation, rejects suggestions of her company’s involvement as “greenwashing”. Their challenge is to satisfy growing demand amid energy future uncertainty. “We have low carbon at the core of our strategy and clear ambitions to grow our new energy portfolio to 15% to 20% of capex by 2030,” she says. “We’re excited about opportunities to collaborate. By teaming up we can accelerate the speed of change.”

From a science perspective, Anders Valland of research organisation SINTEF says ammonia is interesting as it could also sustain longer-range shipping. He cautions hydrogen is light and requires a lot of storage space and high energy input in production. Independent consultant Jan Kjetil Paulsen says that it has only been 18 months since he heard first talk of ammonia as a clean fuel. “ZEEDS is also interesting in that nobody has yet taken a co-ordinated approach to the logistics issue” he says. “But we need to build experience in how the business models will operate. And find ways to reduce the initial risk, for example state procurement mechanisms.” 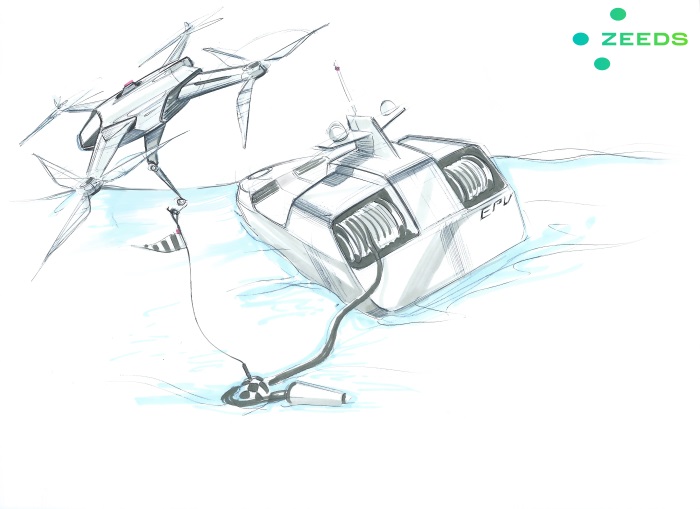 Regarding potential funding, Thina Saltvedt, senior advisor sustainable finance at Nordea, says investor appetite for climate-friendly projects is increasing amid a clear trend from silos to collaboration. She also stresses the need for closer dialogue with governments to share risk.

As ZEEDS spokesman and sales director Cato Esperø of Wärtsilä’s Marine Division, Nordics and Baltics, earlier said: “It sounds ambitious, but if we are truly serious about managing climate change, we need big ideas and bold action.” Co-creation is the key.
Source: ZEEDS