SPM-1 and SPM-2 temporarily out of service

In August 2022, while performing scheduled maintenance on SPM-1 and SPM-2, divers discovered cracks in subsea hose attachments to buoyancy tanks (Note: a buoyancy tank is a hollow air-filled vessel designed to keep subsea hoses in a necessary configuration).
There is no threat to the flora and fauna of the Black sea. The integrity of the equipment remains intact.

A crack was found on a joining plate connecting some subsea hose piping on a buoyancy tank of SPM-1. Another crack was found on an identical joining plate on a buyancy tank of SPM-2. A swivel joint was found to be displaced at the location of a crack (see photos).
Due to the damage discovered on subsea equipment, CPC immediately contacted the SPM manufacturer, IMODCO, and an organization that supervises safe operation of equipment, the ABS classification society, for consultations whether the equipment could continue to be operated, providing comprehensive information about the defects found.
These entities strongly recommended that the operation of the SPMs should be suspended until the buoyancy tanks were replaced. The ABS classification society, in particular, stressed that exceptionally adverse weather conditions had been observed during the 2021-2022 winter season, which could have caused the damage that was discovered. As a reminder, it was the abnormal storms that caused the damage to some sections of floating hoses in March 2022.

The shareholders of the company were notified about the defects on the buoyancy tanks 1 and two on August 5 and 17 respectively. The CPC Marine Terminal is temporarily loading crude oil by using only SPM-3.

The use of the single SPM will allow to meet shipper nominations with reduced volumes.

CPC takes an uncompromising position on environmental protection and industrial safety while operating its Marine Terminal in the Black Sea as well as prevention of oil spills. 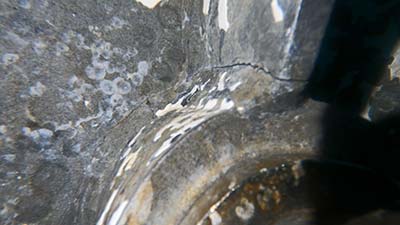 We consider it necessary to stress that the above-mentioned damage did lead to any incident or accident associated with oil spill. There is no threat to the public or the environment. The company has taken action to prevent any such risks on the equipment. 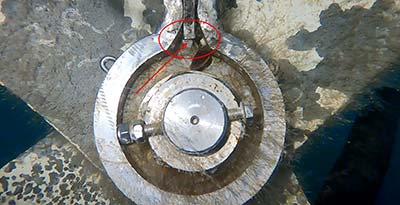 CPC has developed a corresponding task order and intends to replace the tanks with new ones from inventory. A pre-qualification selection of bidders for the job is in progress.

CPC is going to advise how the situation develops at a later date.

For information:
The CPC Pipeline System is one of CIS largest energy investment projects that involves foreign capital. The length of the Tengiz – Novorossiysk pipeline is 1,511 km. This route moves over two thirds of all Kazakhstan export oil along with crude from Russian fields including those in the Caspian region. CPC Marine Terminal is equipped with three Single Point Moorings (SPM), allowing tankers to be loaded safely at significant distance offshore, including in poor weather conditions
Source: Caspian Pipeline Consortiu