Leading tanker shipping company Stena Bulk has today announced the results of a recent partnership with the Oil and Gas Climate Initiative (OGCI) to study and explore the potential of capturing carbon at the point of exhaust from large commercial vessels.

Stationary carbon capture & storage (CCS) technologies onboard ships could be an important solution in the maritime sector’s race to decarbonise. To support the feasibility study into their use, Stena Bulk initially provided data from three vessels in its fleet; a medium range (MR) oil/chemical tanker and a Suezmax crude oil tanker that are currently running on heavy fuel oil (HFO), and an LNG carrier fuelled by LNG.

The information that Stena Bulk provided to support the study included key vessel technical information such as deck space, fuel use, the availability of heat and energy in the exhaust stream, as well as wider considerations such as if the vessels were technically representative of the wider global fleet.

The findings of the study showed that the LNG carrier offered the most straightforward path to implementing viable CCS because it had the right mix of onboard infrastructure. The Suezmax and MR tankers presented more technical challenges to implement a CCS system.

Ultimately, the full feasibility study was conducted based on the Suezmax tanker’s technical specifications because of the positive impact that a potential carbon capture and storage system would have, and to test feasibility on a ship that was representative of the global fleet. 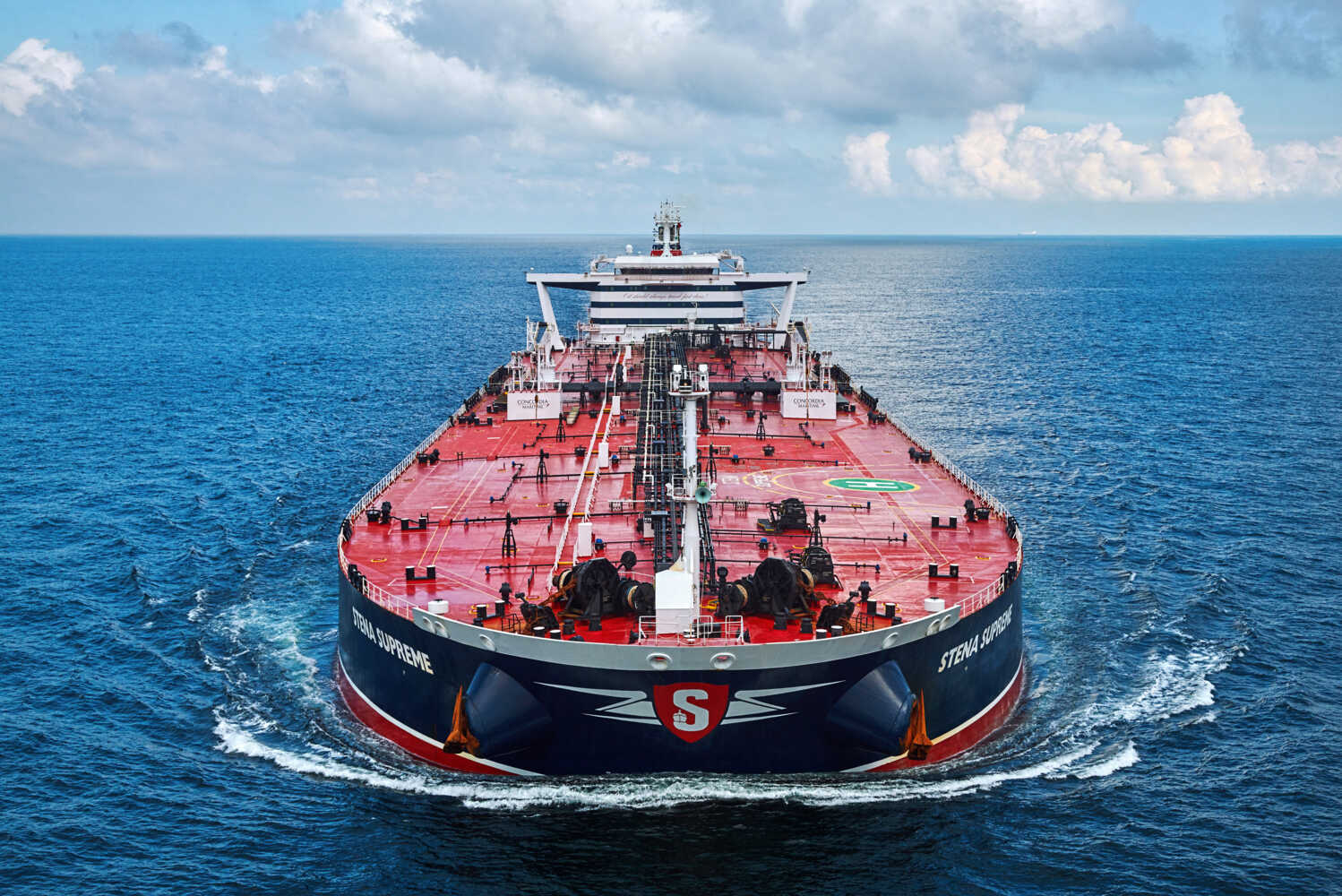 The results of the study show that carbon capture and storage is technically feasible on a large tanker. The biggest challenge, the study found – although by no means an unsurmountable one – was likely to be cost of installation and operation, with storage tanks, compressors, and other equipment generating a large upfront CapEx barrier. Operating expenses would also increase, the study found, because of the energy required to use the CCS system effectively. However, the study found that these costs could be substantially reduced if the engine was adapted for compatibility with carbon capture and storage.

The study concluded these costs were likely to be a hurdle to deployment of CCS in the near and medium term, but that as the technology improves and becomes cheaper to operate, it could be a persuasive option for the industry’s decarbonisation trajectory. Wider context could influence this as well, the study pointed out, with commodity prices for captured carbon dioxide potentially offsetting some of the costs for owners and operators.

Erik Hånell, President and CEO of Stena Bulk, said: “It is fantastic to be able to share the results of the study we recently conducted with OGCI into the feasibility of carbon capture and storage for the global fleet. Completing this study fully aligns with Stena Bulk’s vision to advance decarbonisation because it is the commercially sensible thing to do. These results show promise, but also make clear that there are commercial and technical challenges that our sector must overcome if we are to use CCS as a decarbonisation solution.

“We think that it’s right that the industry is honest about the challenges it faces from a technical and commercial perspective on the pathway to decarbonisation. This study proves once again that there is no silver bullet solution to meet the IMO’s climate targets, and that we must promote and adopt a wide variety of proven and commercially sensible solutions if we are to successfully decarbonise.”

Dr. Michael Traver, Transport Workstream Chair for the Oil and Gas Climate Initiative, said: “Carbon capture and storage is expected to play a key role in meeting the ambitions of the Paris Agreement and is a familiar process for many of the member companies of OGCI. Extending and adapting the technology to marine vessels poses unique challenges, but also represents a great opportunity to reduce emissions from a difficult to abate sector within transportation. Our partnership with Stena Bulk has been a great example of the type of cross-industry collaboration that will be necessary to meet the challenges we face.”
Source: Stena Bulk