People charged with running or monitoring the world economy are set for a busy week before those in the Northern Hemisphere get to enjoy their summer vacations.

Central bankers in the U.S., Japan, the U.K., Brazil and India all meet to set their respective monetary policies at a time when Eric Oynoyan, senior European interest-rate strategist at BNP Paribas SA, is telling clients that “central banks are back in the bond market driving seat.”

Here’s what to watch for:

TUESDAY
Despite speculation it could soon flesh out its plan for eventually adjusting stimulus, all 44 economists surveyed predict the Bank of Japan will maintain the current setting on interest rates. Governor Haruhiko Kuroda also will unveil fresh forecasts. In China, a purchasing manager index is expected to show manufacturing expanded at a slower pace again July. A wave of statistics in the euro area is predicted to show inflation ticking up above 2 percent in France, unemployment staying put in Germany and the economy slowing slightly in the second quarter in Spain and Italy. In the U.S., it’s the end of the review period for potential tariffs on $16 billion of Chinese goods.

Market View: Recent media reports on potential Bank of Japan changes already helped spur a slight steepening of developed-market yield curves. As a result, investors will be on the lookout for any hint of a tweak that could put the brakes on the longer flattening trend that has dominated major bond markets. 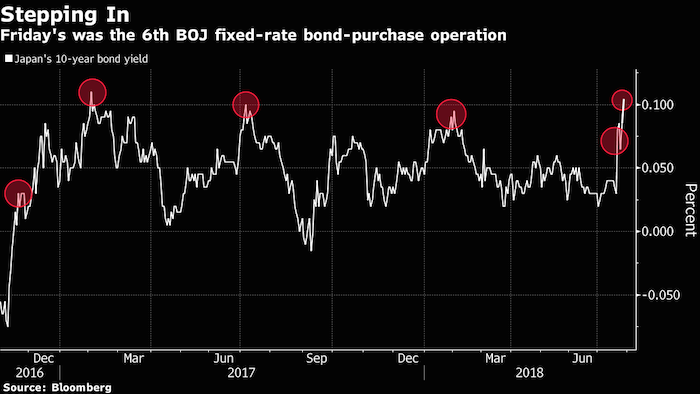 WEDNESDAY
U.S. Federal Reserve Chairman Jerome Powell and colleagues meet with all but one analyst predicting no change in rates. By contrast, onlookers are bracing for the Reserve Bank of India to raise its benchmark as emerging market currencies get buffeted, although those in Brazil are betting it won’t shift from a record low of 6.5 percent. The U.S. Treasury Department delivers details of its bond selling with Wall Street analysts readying for an increase in supply. Also in Washington, the U.S. Agriculture Department stops giving crop data to media organizations under embargo.

Market View: Traders will be looking to see if the Fed firms up expectations for a rate hike in September and clues on just how high rates might ultimately go. Meanwhile, the market will be watching whether Treasury, in its attempt to fund a widening budget deficit, opts to raise the five-year auction size by $1 billion every month, rather than once a quarter. 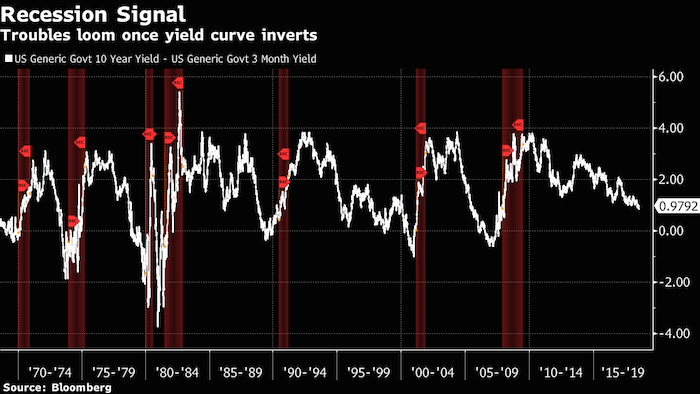 THURSDAY
The Bank of England is expected to raise its key rate to 0.75 percent, the highest since 2009, although not every policy maker may back the decision as risks of a disorderly Brexit mount. Mexico isn’t seen changing monetary policy as it assess the impact of recent tightening.

Market View: While the market has priced around 80 percent odds of a rate hike at this BOE meeting, traders will be looking for any signs that it won’t be a one-and-done as Brexit concerns weigh on the pound. There will be close attention on the vote count too. 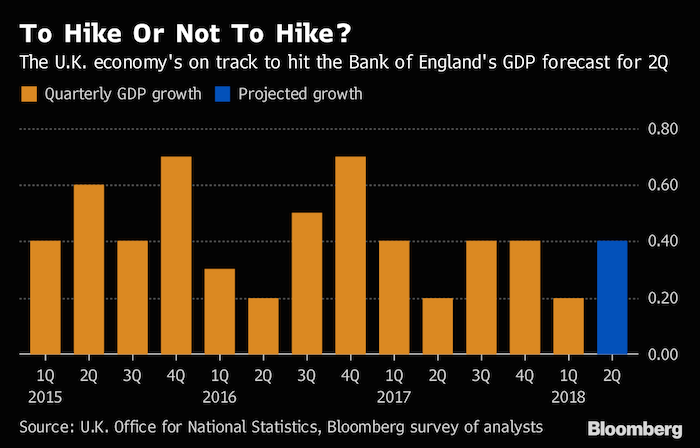 FRIDAY
The first Friday of the month means the U.S. publishes its nonfarm payrolls data. The latest Bloomberg survey points to payrolls rising 193,000 in July and unemployment dipping to 3.9 percent. Also of interest amid the trade war will be the U.S. trade balance, which is seen swelling to a deficit of $46.1 billion.

Market View: The jobs report will be keenly watched as always, but while the last one weighed on the dollar, it’s worth noting that Treasury market reaction in recent months has tended to be relatively fleeting. With the U.S. unemployment rate near its lowest levels in nearly two decades, a key focus will likely be average hourly earnings and what that might say about inflation more broadly. 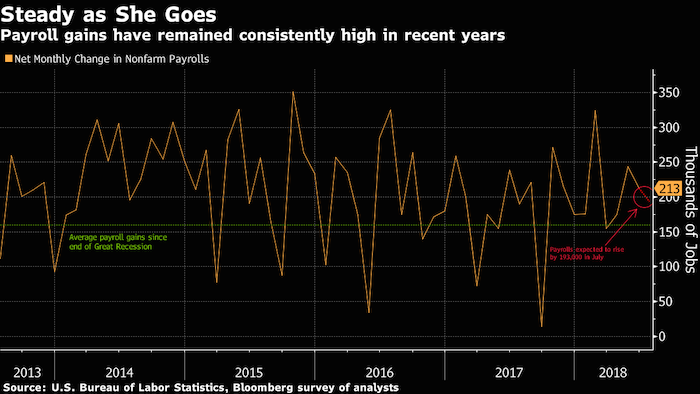