After a dismal 2018, tanker owners could harbor further hope for a freight rate market revival, as China’s thirst for crude oil imports is stronger than ever. In its latest weekly report, shipbroker Banchero Costa said that “as recorded at the end of 2018, China’s crude oil imports still exceed previous year’s levels. In February 2019, supported by the risen demand of new private Chinese buyers and with new plants set to start commercial operations this year, crude oil imports rose 21.6 percent year-on-year to reach 39.2 mln tonnes, as per the General Administration of Chinese Customs data (GAC)”. 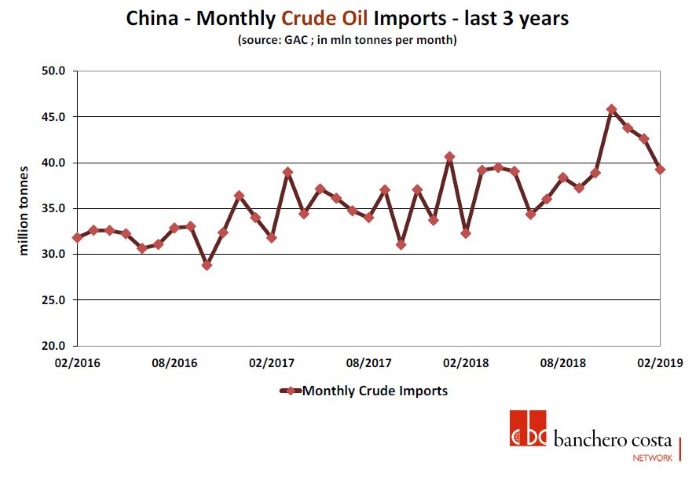 The shipbroker said that “the increases in imports from Saudi Arabia reflect not only the still strong Chinese crude oil thirst, but also the Kingdom’s commitment to consolidate its position into the Chinese energy market share and its new marketing strategy towards Chinese private entities. In February, Saudi Aramco – the national petroleum and gas company — actually boosted its investments in private Chinese refiners by signing agreements to acquire a 9% stake in Zhejiang Petrochemical’s 800,000 bpd refinery in Zhoushan and to form the Huajin Aramco Petrochemical Co., a 10 billion USD worth joint venture with NORINCO Group and Panjin Sincen in order to develop a 300,000 b/d refining and petrochemical complex in Panjin, according to the company website”. 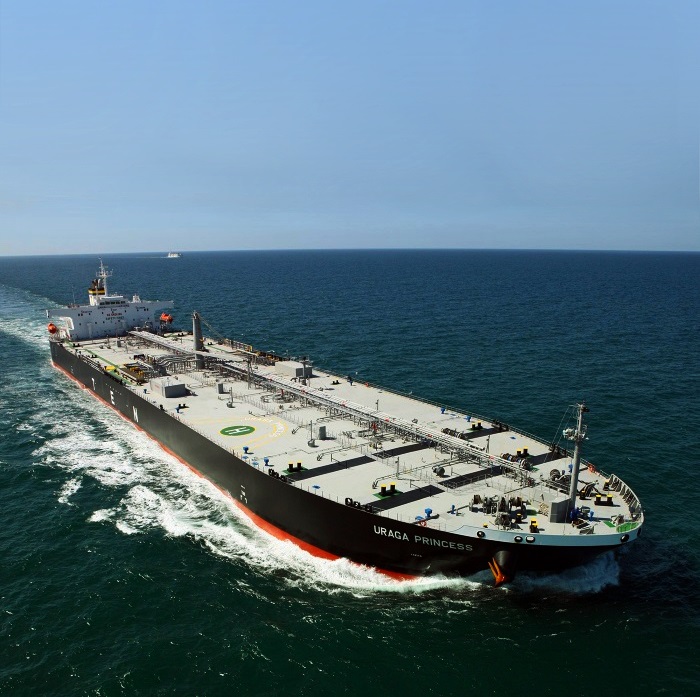 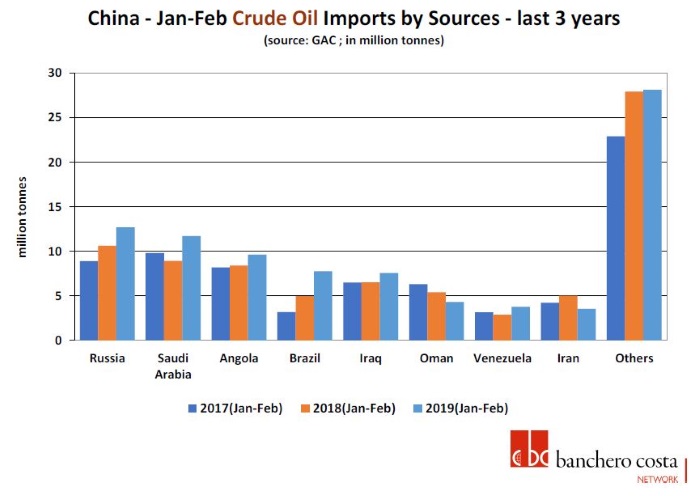 Banchero Costa added that “China saw its crude oil imports from the two OPEC countries sanctioned by the U.S. and supplier of heavy crude oil grades, Iran and Venezuela, rise in February 2019. Imports from Iran, on which China was granted a waiver of 360,000 bpd due to expire early May, grew 22.1 percent month-on-month to 1.95 mln tonnes (+7.4 year-on-year), while volumes from Venezuela, on which sanctions concern only flows to the U.S., increased 17 percent on previous month and have almost doubled as compared to those in February 2018. According to Bloomberg calculations, both Venezuela and Iran crude oil shipments to China averaged their lower prices since late 2017, thus China is likely building strategic heavy crude oil reserves ahead of a potential price rise. While Chinese crude oil imports from the U.S. were null in December 2018 and January 2019 amid the Sino-American trade war, in February China imported 85,541 tonnes from the States, according to GAC, meaning around one-tenth of February 2018 volumes”, the shipbroker concluded. 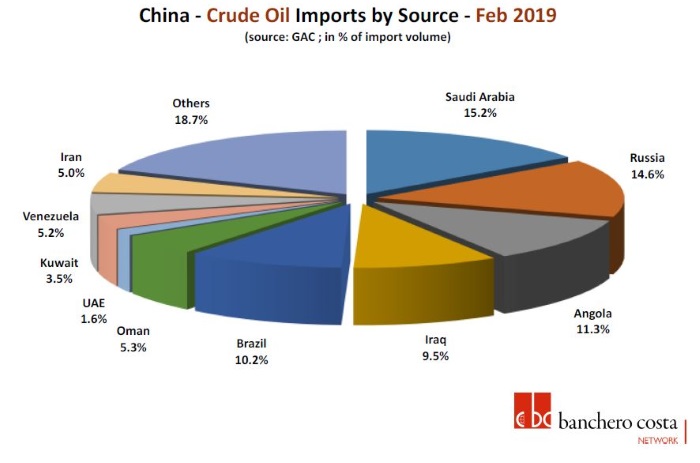