Sudden Pick Up in Newbuilding Orders

Despite the expected summer lull, newbuilding ordering activity picked up over the course of the past week. In its latest weekly report, shipbroker Allied Shipbroking said that “rather surprisingly, we saw a considerable boost in the volume of new order placed on a w-o-w basis. The main driver behind this was the tanker sector, with plenty of fresh orders coming to light, mainly for the MR sector and generally for smaller size units. On the other hand, things were fairly quiet for the dry bulk sector, rather attuned at this point with the correction being noted as of late in the freight market and given that we are close to the peak of the summer period lull, where typically the mood tends to be rather sluggish. However, given the overall improvement in sentiment after the impressive rally noted during July, we could expect all this to be reflected in the newbuilding market at some point moving forward. With all that being said, August most probably will be rather quiet, with few sparks of life likely to be seen”, Allied said. 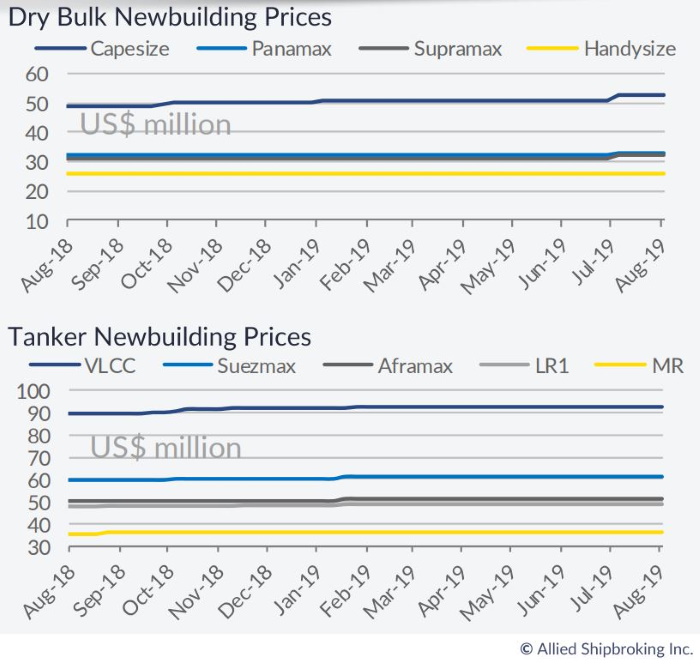 In a separate note, shipbroker Banchero Costa said that “in the tanker market, Japanese yard Shitanoe received 2 orders for chemical tankers. One from Tabuchi Kaiun for a 7,000 dwt chemical tanker with delivery end 2020 and the other from Sansho Kaiun for a 17,000 dwt with delivery 1H 2021. 3 dual fuel MR tankers, around 50,000 dwt were ordered at Zvezda Shipyard; deliveries are set for the latter half of 2023. Vessels will be fixed on T/C by Novatek for 20 years. In the gas market, South Korean yard Daesun received an order for one 3,500 cbm LPG carrier from local owner GS Caltex Corp. with delivery 1H 2021. The price reported is slightly under $20 mln. In the passenger market, Corsica Linea signed one ferry (about 650 passengers, 2,560 lane meters) with Visentini shipyard. Delivery is set for June 2022; the order include an option for an additional unit”. 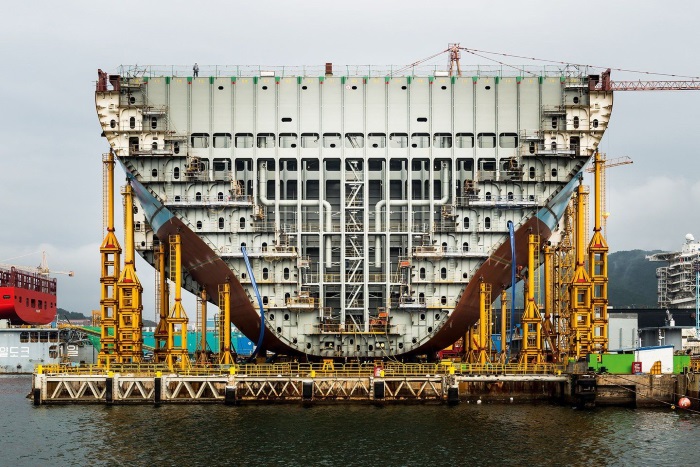 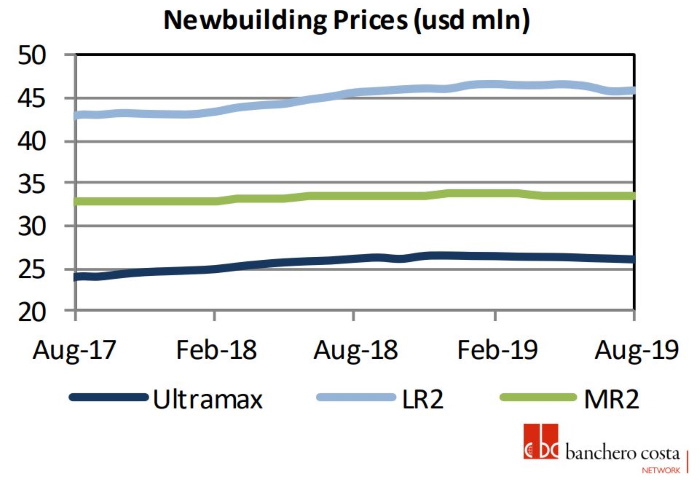 Meanwhile, in a separate note, Banchero Costa said that “the activity remains fairly strong even if we are officially in the holiday month of August. We recorded several transactions mainly in the dry bulk segment driven by the still good (though softening) chartering market and realistic prices. Two Kamsarmax changed hands, the Nord Destiny 83,000 dwt built 2008 Sanoyas BWTS fitted was reported sold to Greek buyers for a price around $14mln and the Yasa Neslihan 82,000 dwt built 2005 Tsuneishi for $11.3 mln to Greek buyers. Oman Shipping committed 2 x Ultramax resales dely ex shipyard, Zhoushan Changhong, in 2019 around 64,000 dwt, Dolphintype for price of $23mln each, vessels have G-type main engine. Celsius sold a 2012 Crown63 design, the GH Rough Habit around 63,000 dwt built Dayang for $16.6 mln to GriegMass of Norway. Japanese owners sold the Hinode Maru 58,600 dwt built 2012 Kawasaki for a price in excess of $16mln to Greeks whilst Norden sold another Tess58 the Nord Manatee around 58,000 dwt built 2010 at Tsuneishi Cebu for a price in excess of $13mln to Greeks. In comparison with the prices achieved by Japanese built tonnage, two Supramax Hyundai Vinashin built the Sheffield and the Peterborough, built 2010 and 2009 respectively around 55,800 dwt were sold enbloc to Greek buyers at $21mln recording a strong discount. Activity was much quieter in the tanker segment with the only interesting sale being a modern Japanese MR, the Pioneer Express around 47,000 dwt built 2009 Onomichi that was reported to Great Eastern for a price in the region of $16.3mln”. 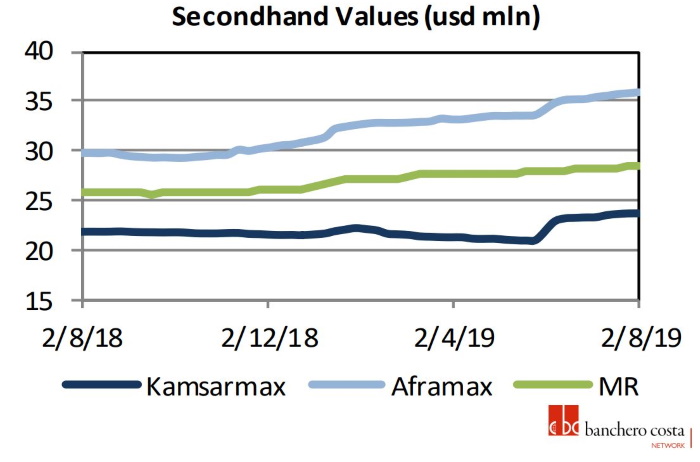 Similarly, Allied added that “on the dry bulk side, a fair volume of transactions came to light for yet another week, underlying once again the improved sentiment and healthy buying appetite being noted right now. At this point, we see the Supramax and Panamax size segments being the main drivers in the SnP market. Notwithstanding this, given that we are currently witnessing a downward correction in the freight market and we are in the midst of the summer period, we can anticipate things to likely quiet down considerably over the next couple of weeks. On the tanker side, the SnP market has taken a huge step back the past couple of weeks in terms of activity noted. This, of course, is hardly as surprising, given that we are amidst the summer period and current levels from the side of earnings are seemingly not helping to boost things further for the time being. At this point, only the MR segment remains fairly active, with interest shifting between vintage and more modern units”, the shipbroker concluded.
Nikos Roussanoglou, Hellenic Shipping News Worldwide