The ship recycling market has retained its positive momentum this week, despite the summer holiday season. In its latest weekly report, shipbroker Clarkson Platou Hellas said that “despite Summer holidays well into full swing and the whole Shipping industry slowly winding down for August, recycling prices roared northwards. This left the market firmly in the sunshine as India offered an impressive number to secure a scarce green recycling candidate. Many had predicted all India needed was a firm Green vessel for recycling to awaken them and compete with their neighbouring rivals and this sale has proven these predictions to be correct. Whether they stay here, or this was just an eager end recycler, time will tell, but it has definitely caught everyone’s attention and means that Owners considering to sell their vessels under these more stringent and environmentally friendly ways are not missing out commercially. The effect of this means that less tonnage is ending up on the Pakistani shores, as the Bangladeshi breakers take up the wavering units on offer. Long are the days of a full recycling beach where capacity was becoming an issue due to the large influx of tonnage, which means that many feel this market still has legs, with the hungry end buyers that have missed out on tonnage recently yet to satisfy their appetite. It is normally very difficult to predict the volatility of the local market due to their ever-fluctuating steel plate prices, but it is fair to say that the market looks set for a long period of stability, at least until the start of Q4, where it is anticipated a steady flow of units will return”.

In a separate note, Allied Shipbroking added that “despite the summer lull and the fact that we are in the monsoon period for the Indian Sub-Continent, activity in the demolition industry remains fairly intense with several units being sold for scrap this past week. Small tanker units are the majority of the recycled units, given the discouraging freight market in the whole tanker segment. Bangladesh remains the top option for the owners of scrapping candidates, as record high offered prices and the end of Eid holidays have boosted interest as of late. Meanwhile, a ramp up was noted in terms of demolition activity in India, after a prolong period of many difficulties for the local players. 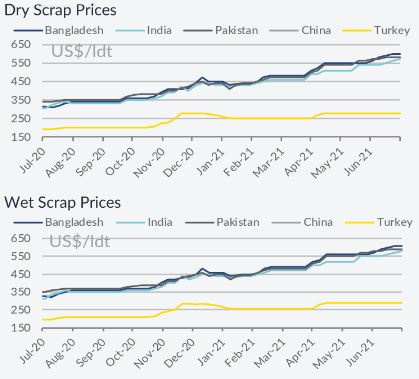 The rising scrap prices and the gradual return in normality in the country have revived currently the interest from owners. It is expected enquiries to continue rise in the country, with domestic scrapyards regaining some of the lost market share. In Pakistan, it was not a very impressive week, as activity remained muted overall, despite the elevated steel prices and the strengthen of the Pakistani Rupee. However, given the healthy fundamentals and the attractive offered prices, it is likely to have another ramp up in demolition businesses after the end of the summer holiday period”, Allied concluded. 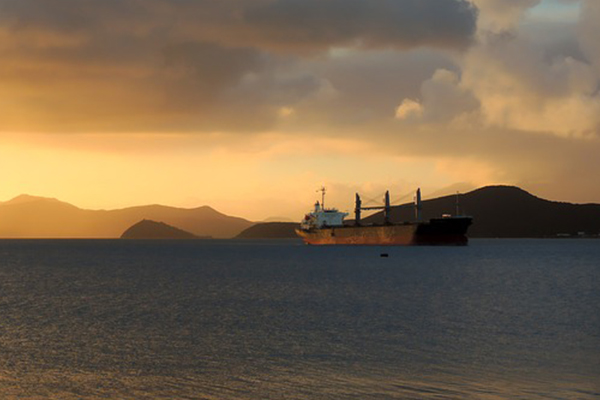 Meanwhile, GMS (www.gmsinc.net), the world’s leading cash buyer of ships added that “Indian sub-continent markets remain positioned on a largely firm footing, as a surprising shortage of tonnage keeps demand stuck high and prices propped up. The conclusion of Eid holidays has yet to see an increase in supply, despite the fact that the ongoing monsoon / summer holiday months could also be contributing to the overall sluggishness in the supply of units intended for recycling. After this week’s stock market turmoil and the Chinese crackdown on various sectors (including tech and education), there wasn’t an immediate & corresponding knock on-effect on the shipping & steel markets. However, there are lingering fears that such arbitrary and severe restrictions may eventually impact these industries on a global scale, especially since China is such a fundamental driver in the international economies.

In other news, Covid-19 cases are on the rise in the sub-continent markets once again – particularly in Bangladesh, which had recently loosened its restrictions and there is now talk of further lockdown measures to slow the spread of the highly transmissible Delta variant, as global efforts continue to ramp up to supply the much needed vaccines. India is also witnessing close to 50,000 fresh cases per day and about 1,000 fatalities per day. While these numbers are certainly down from the peaks of several months ago, these are still worrying statistics nonetheless. Even Turkish numbers are reportedly on the rise, with rumors of yet another lockdown in Turkey making the rounds. As parts of Europe and the U.S.A. open up again, there are still varying degrees of lockdowns – especially across Asia as the battle against Covid-19 nears the 2 year mark”, GMS concluded.
Nikos Roussanoglou, Hellenic Shipping News Worldwide