Leading chief economists have warned of a “substantial restructuring” of supply chains over the next three years, with both diversification and localisation expected.

“Global supply chains have been increasingly redrawn over the past years, including through Brexit, the deep impact of the global pandemic, and the fallout and uncertainty from the war in Ukraine,” the World Economic Forum’s Chief Economists Outlook said. “Amid fears of continued shocks, both governments and business are rethinking their approach to exposure, self-sufficiency and security in trade and production relationships.” 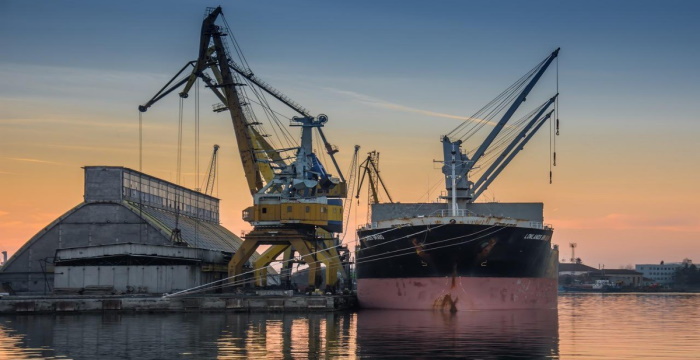 The briefing, published by the World Economic Forum’s Centre for the New Economy and Society, examines the latest policy developments and research in combination with consultations and surveys with leading chief economists from both the public and private sectors.

According to the findings of the report, at the current trajectory, the world is on track for the “worst food crisis in recent history”, compounded by the additional pressure of high energy prices. This is pushing more localisation, diversification, and politicisation of supply chains.

The chief economists surveyed for the report said that they consider it “likely or highly likely” that multinational companies will both diversify and localise their supply chains at the same time and that there will be a “realignment of global value chains along new geopolitical fault lines”.

“In the context of supply chain reconfiguration, companies are shifting from efficiency to resilience and are expected to prioritise localisation over diversification,” said the report.

The report noted five other expectations for the future of the economy, alongside increased localisation, diversification and politicisation of supply chains. Those include higher inflation alongside lower real wages globally and food insecurity in developing economies.

The latter is expected to hit global food trade hard. The World Bank gives an example of the knock-on effect of a reduction in fertilisers coming from Ukraine and Russia which could cause upcoming crop yields to fall. As the world’s largest producer of soya beans, Brazil imports about half of its potash fertiliser from Ukraine and Russia. China then imports soya beans from Brazil to feed its livestock, which could affect the price of meat in China and around the world. “Globally, the share of trade measured in calories affected by export restrictions is set to surpass the level during the 2008 food price crisis,” said the report.

A fourth expectation – greater rollback of globalisation in goods, labour and technology than services – sees the war in Ukraine cementing and disruption of fragmented value chains, trade relationships and financial ties. This is “creating new fault lines in physical integration and compounding rifts in the virtual space”. The majority of chief economists interviewed for the report said they expected goods, technology and labour markets to fragment further.

The fifth expectation – sanctions dampening the economic outlook for Russia – noted that 87% of the chief economists surveyed expect a strong or very strong effect of sanctions, lowering Russia’s GDP growth in 2022; 83% anticipate a reduction in Russia’s long-term growth. The report notes that the latest estimates from the European Bank for Reconstruction and Development and the IMF expect Russian GDP in 2022 to contract by 10% and 8.5%, respectively. “So far, Russia has narrowly avoided default, but the risk has not subsided,” the report said.
Respondents also said they expect the impact of sanctions to “strongly improve” co-operation between China and Russia.

The final expectation set out by the report is the continued dominance of the US dollar as a global reserve currency. “The restrictions imposed by the US on Russia through its financial sanctions regime have led some observers to argue that such a “weaponisation” of the dollar might deter its future use and usefulness as a reserve currency, as current sanctions prevent the Russian central bank from accessing its US dollar reserves,” said the report.

Historically, the US dollar has served as a global reserve currency since the Bretton Woods Agreement in 1944. At the turn of this century, its share as a global reserve currency stood at more than 70%. Its current share of global reserves stands at 59%, followed by the euro at 20% and the yen at 5.8%. “It has been argued that this downward trend has been a result of deliberate diversification by central banks away from the US dollar, rather than of underlying trends in its value.” However, most survey respondents expect the role of the dollar as a reserve currency to remain stable (75%) in the next three years, with only 25% seeing the role of the dollar waning.

The report observes that in the short term, the US dollar seems to be seeing an expansion, as US monetary policy tightens and interest rates rise. Added to which, the economic upset caused by the invasion of Ukraine has also led investors to switch to the US dollar as a safe haven rather than shifting out of it.

In summary, the chief economists surveyed said that the inflation outlook for 2022 remains “toughest for Latin America and the US”. Meanwhile, 25% of survey respondents expect low inflation in China, 17% in East Asia and the Pacific overall. The IMF projects a 1.8 percentage point increase in inflation for advanced economies (to 5.7%) and a 2.8 percentage point increase in emerging markets and developing economies (to 8.7%).
Source: The Baltic Exchange