Surge of accidents at yards owned by Kabir Group in Bangladesh

Since the beginning of 2022, out of the eighteen accidents that shook the Bangladeshi shipbreaking industry, six have taken place at yards owned by Kabir Steel Re-Rolling Mills (KSRM), a concern of large conglomerate Kabir Group.

In the last week of January, Mohammad Bakul Pramanik was fatally hit by an iron girder. In February, while scrapping the vessels PIONEER (IMO 9048110) and MED (IMO 9002207), owned by South Korean Polaris Shipping and Singaporean Hin Leong Trading respectively, Ariful Islam Sujan lost his life, whilst Mujidul Haque, Shalim and Md Rofiqul got severely injured. On May 25, Shahjahan, who was working as a cutter foreman on the Floating Storage and Offloading (FSO) vessel LADINDA (IMO 7361269), owned by Indonesian shipping company EMP Malacca Strait SA, suffered a spine injury due to the fall of a big iron plate.

This series of accidents follows years of tragic deaths and injuries at Kabir’s yards. In 2020, three accidents took the lives of three workers and impaired another three. In 2021, out of five incidents at KSRM yards, one was fatal. Despite the repeated interventions of the Bangladesh Department of Inspection for Factories and Establishments and the Ministry of Industries, which included a ban on operations and imports at one of the KSRM yards for four months, Kabir’s management continues to put the lives of workers at risk.

KSRM was already in the spotlight for its involvement in the infamous CMB case in 2016, which also hit British banking and financial services company Standard Chartered for having granted to Kabir letters of credit or loans for the import of end-of-life vessels. Kabir’s track record remains deplorable, and yet, according to local sources, Standard Charter’s involvement with Kabir has not been terminated. 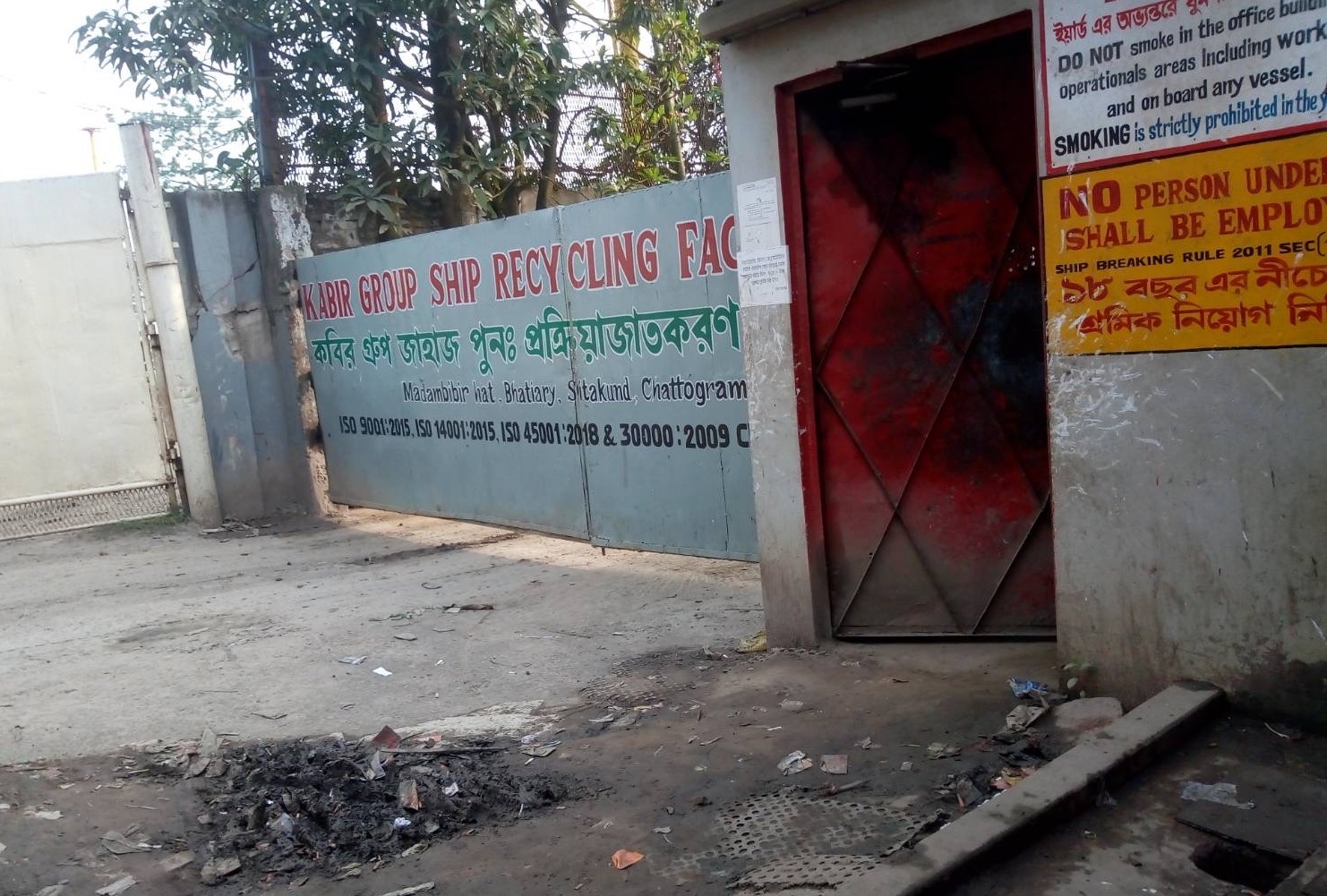 “All corporations have an obligation to conduct human rights due diligence throughout their supply chain. KRSM’s repeated failure to protect its workers from the many risks involved in ship recycling has resulted in the death of six people and the impairment of at least another seven since 2020. It should be of utmost concern to any financial institution claiming to take Environmental, Social and Governance (ESG) issues seriously to be associated with such appalling practices”, says Ingvild Jenssen, Executive Director of the NGO Shipbreaking Platform.

In what seems to be a new worrying trend, several accidents are occurring on board offshore structures, such as Floating Storage and Offloading (FSO) and Floating Production Storage and Offloading (FPSOs) units. These vessels present additional risks for shipbreaking workers, mainly due to their complex design and the presence of highly toxic contaminants, including Naturally Occurring Radioactive Material (NORM) and mercury. [1]

Since 2021, there have been ten accidents on offshore units beached in Bangladesh. One example is this year’s above mentioned injury of Shahjahan on board the FSO LADINDA. Another one is the fatal accident that took place at Hm Ship Breaking Industry on the FSO G STAR (IMO 9118393), owned by the Thai company Nathalin.

“Vulnerable human beings are paying the price with their lives, whilst big corporations fill their pockets with money. Whilst weak regulations and poor law enforcement allow ship owners to choose the easiest and dirtiest way to dispose of their toxic waste on the beaches of South Asia, clean and safe solutions are already available at facilities that use slip ways, dry docks or floating docks. Companies like Shell and SBM Offshore, which have adopted an ‘off the beach policy’, show that doing the right thing is possible”, says Nicola Mulinaris, Senior Communication and Policy Advisor at the NGO Shipbreaking Platform.
Source: NGO Shipbreaking Platform