A less than appealing tanker market hasn’t been enough to deter ship owners, keen to acquire modern wet tonnage, in expectation of a surge in demand and rates alike during the second half of 2021 and onwards to 2022. In its latest weekly report, shipbroker Intermodal said that “for an extended period, Dry bulk & Wet market rates have been diverging, with the SnP deals on each sector more or less tracking the market trend. However, since April, this trend appears to be revoked; despite a lackluster tanker freight market, tanker SnP transactions gained pace tracking the bulkers volumes. It is interesting to note, that older tankers units attracted the majority of SnP interest, contrary to bulkers, where the majority of transactions took place for 10Y old units and younger. Record high steel prices are supporting asset values across the board, despite the tanker market underperforming, with owners positioning for a market recovery, while older units are still relatively undervalued”.

According to Intermodal’s SnP Broker, Mr. Nassos Soulakis, “more specifically, analyzing the S&P activity of both sectors since the beginning of this year we would observe that in January, 63 Dry Bulk deals were recorded. Among these close to 40% (25 units) correspond to Supramax vessels while around 20% (13 units) to Panamax/Kamsarmaxes. Handysize and Capesize vessels hold an equal proportion of around 15% (9 units) each whilst 5 Ultramax and 2 Handymax vessels changed hands. With regard to the age distribution, 11% were around 5Y old, 60% 10Y old and 29% around 15Y and older. With reference to Tanker vessels, 29 units were sold; 12 VLCC, 7 MR, 4 Aframax, 3 Handysize and 3 Suezmax vessels. Close to 35% were aged around 5 yrs old and younger, 7% around 10Y old and close to 58% 15Y old and older”.

Soulakis added that “during February 2021, 64 deals in the Dry Bulk sector were reported. More than one-third of them (24 vessels) corresponded to Supramax vessels, Panamax/Kamsarmax vessels hold nearly 25% (15 units) of the entire activity while Handysize units contributed around 20% (13 units). In addition, 4 Capesize, 3 Post-Panamax, 3 Ultramax and 2 Handymax vessels were sold. Around 75% of the vessels committed were aged around 10Y old. As far as the Wet Sector, 25 vessels changed hands; 8 Suezmax, 7 Aframax, 4 VLCC, 4 MR and 1 Handy Tanker. The 80% of them were aged around 15Y old and older”. 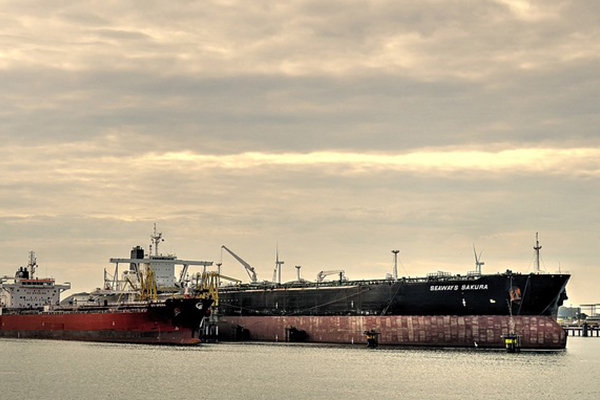 “In April 2021, 62 Dry Bulk deals were concluded. Panamax/Kamsarmaxes and Handysize sustained a 30% and around 20% of the entire realm while Supramaxes fell to a proportion of around 18%. Capesize amounted at 11 units (18%) while 8 Ultramax and 1 Post-Panamax changed hands. As far as the age distribution, slightly more than 30% were 5Y old and younger, more that 50% around 10Y old and 15% around 15Y and older. In the Wet market, 58 deals were recorded; 23 Aframax, 14 VLCC, 11 MR, 4 LR1 and 4 Suezmax units. Around 21% of them were aged 5Y old and younger, slightly more that 12% around 10Y old and close to 67% 15Y old and older”, Soulakis concluded.
Nikos Roussanoglou, Hellenic Shipping News Worldwide