Tanker Market: A Dire Start to the New Year

The tanker market has faced a torrid start to 2021, with a lackluster performance. In its latest monthly report, OPEC said that dirty tanker rates remained at muted levels in January, below operational costs in some cases, although rates from West Africa picked up. A host of factors have weighed on freight rates, including the lingering impact of COVID-19 on oil consumption, reduced supplies in the market, ample onshore inventories, and long tonnage lists. The backwardated market structure also provided little incentive to hold inventory in floating storage, even at the current low rates. Meanwhile, clean tanker rates improved, supported by activities West of Suez, but are still caught up in the general malaise. From the current vantage point, the outlook for freight rates remains lacklustre, certainly in 1H21, but potentially also into 2022.

Spot fixtures
Global spot fixtures declined m-o-m in January, falling by 2.6 mb/d, or 15.7%, to average 13.8 mb/d. Fixtures fell back from the high levels seen in the final quarter of the year. Spot fixtures were 4.4 mb/d, or around 24%, lower than the same month last year, prior to the COVID-19 impacts. 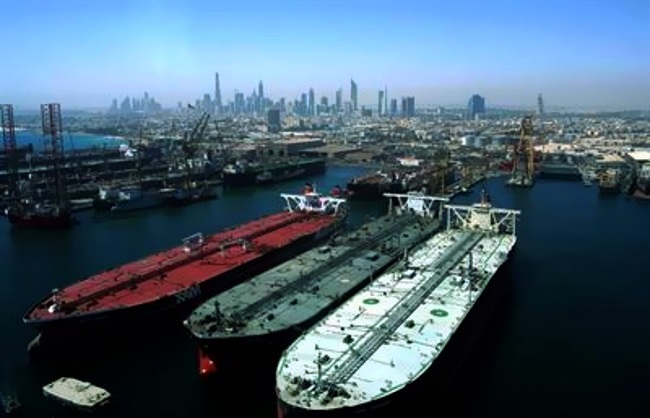 Aframax
Aframax rates showed gains across all routes in January, rising 20% m-o-m. However, rates were still 63% lower compared with the previous year. The largest gain was seen on the Caribbean-to-US East Coast (USEC) route, where rates jumped 25% m-o-m to WS86.

Mediterranean route developments moved in tandem in January. The Cross-Med route increased by 20% mo-m to average WS72. Meanwhile, the Mediterranean-to-NWE route gained 19% m-o-m to average WS63, which represented a 54% drop y-o-y. The Indonesia-to-East route enjoyed an increase of 14% to average WS58, which was some 61% lower y-o-y.
Nikos Roussanoglou, Hellenic Shipping News Worldwide

Previous: MARKET SNAPSHOT FOR 13/02/2021
Next: Biden to press for $1.9 trillion COVID relief plan with governors, mayors