The tanker market could be in for a “rough ride” during the second half of the year. So, what implications could the Canadian market have? In its latest weekly report, shipbroker Gibson said that “Canada has the third largest oil reserve behind Venezuela and Saudi Arabia. Since the 1960’s Canada has been producing oil from the large oil sands reserves that are deposited around Edmonton. However, due to the geographical location of the sites located in Alberta, the land locked reserves are predominantly exported from the region via pipeline to the US via the Keystone pipeline to the Patoka Oil Tank farm in Illinois and the Cushing storage facility in Oklahoma”.

According to the shipbroker, “however, such is the potential for future oil sands production that increased demand is being put on top of the current export ordinated infrastructure, which includes pipelines and railcar exports. Whilst the majority of Canadian oil exports are delivered to the US via pipeline, accounting for around 96% of the Canadian oil exports, other outlets receive the remaining 4% of the country’s shipments. Increasingly, Asia is becoming a major destination for Canadian crude, with China becoming a significant buyer, and South Korea entering the market for Canadian heavy crudes. These exports have increased from the West Coast export facilities. But, the restricted infrastructure in the region is significantly capping the export potential”. 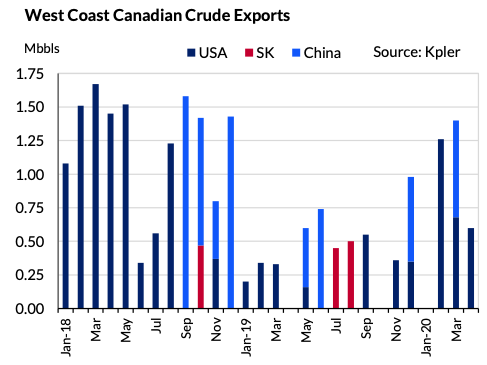 Gibson added that “to alleviate the capacity problems, there are three major pipeline projects currently under construction; two of them are focused on increasing export volumes to the US (Enbridge Line 3 and Keystone XL). The third, the Trans Mountain Expansion Project, is focused on exporting oil from Edmonton to coastal export facilities at the Westridge marine terminal in Burnaby, British Colombia. All three projects have experienced planning delays and courted legal action from local and environmental groups. The Trans Mountain project faced severe delays due to legal challenges. The government highlighted this project as having the potential to significantly open the oil export sector to new markets, so much so that it stepped in and purchased the project from Kinder Morgan to ensure the projected was constructed. The existing pipeline originates near Edmonton and transports crude and refined products to export facilities in British Colombia (BC) and Washington State (US). The pipeline system has a capacity of 300kbd, of which 221kbd is allocated to refineries in BC and Washington State. The remaining 79kbd is allocated to the Westridge marine export terminal”. 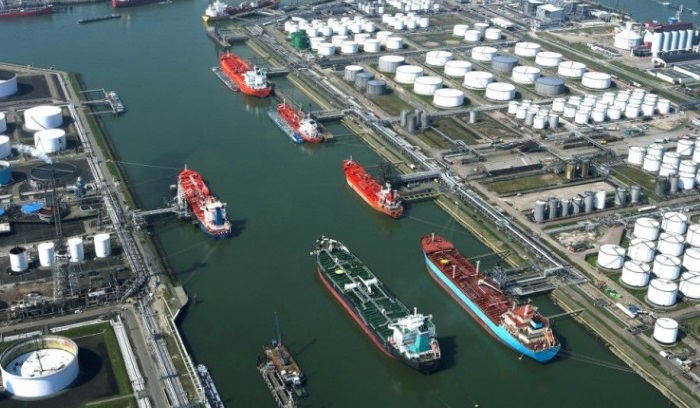 “The expansion project is essentially adding an additional pipeline to the existing 1,150 km line that will create a system that will have a nominal capacity of 890kbdd. At the end of this new expanded pipeline will be a new marine terminal. The current single berth will eventually be decommissioned and removed and replaced with three new berths designed for Aframax tankers. This will potentially mean that exports will increase to around 669kbd once the project is completed in 2022. So, after many years of delays, the Canadian pipeline dream of having increased export potential to serve the expanding Chinese and Asian markets is tantalizingly close. This of course assumes that there are no further delays in this on-going saga”, Gibson concluded.
Nikos Roussanoglou, Hellenic Shipping News Worldwide