Tanker Market and the Scrapped Iran Agreement: What Do Shipbrokers Say?

Iran, Venezuela and again Iran are among the typical geopolitical factors which have affected the tanker market over the course of the past few years and the Middle Eastern country is back into play once again. In its latest weekly report, shipbroker Allied Shipbroking said that “with crude oil prices driving above the US$ 75 per barrel mark this past week and reaching its highest point since November 2014, the investor bulls are starting to circle any and all opportunities that emerge. This recent drive seems to have been motivated by a series of factors, with most prominent being the recent tensions between the US and Iran and the scrapping the nuclear deal that was set up by the previous US president, Barrack Obama”, said the shipbroker.

According to Mr. George Lazaridis, Head of Research & Valuations with Allied Shipbroking, “the simplest reasoning and drive however has been the overall tightening of market conditions over the past 1 ½ years. Inventories of crude oil had built up considerably during the supply glut of 2014-2016, however in line with this we had seen a fair increase in the levels of consumption noted. With market conditions having radically shifted with OPEC’s and Russia’s decision to scale back production, the obvious shift has been for a sharp decline in inventories, while despite the gradual increase in price, little has yet been seen in terms of scaling back consumption. This delayed reaction is in part helping drive the market now, with this trend being noted in the Far East more so than anywhere else”. 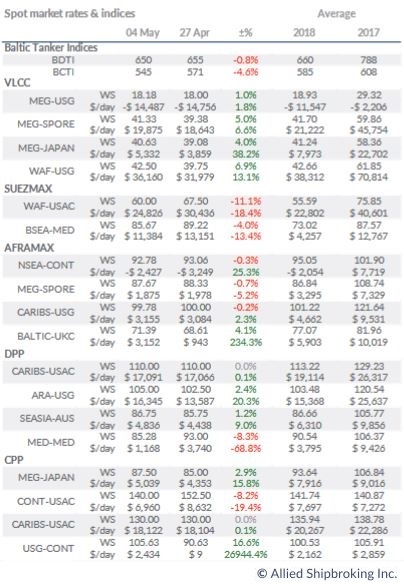 Lazaridis said that “this overhang will be slow to clear out, while as prices stick to above the average levels noted during the past couple of years, we will gradually see a renewed shift and investment drive towards alternative fuels and energy efficiency once more. Till that point, the market will remain relatively tight, with political shocks likely to push prices ever higher. Through all this price drive, we have seen a rewed interest emerge amongst large hedge funds and other speculators, helping bring back investment for new production sources. Nowhere has this been more so present then in the US shale industry, with its ever-increasing number of oil rigs and increasing production volumes”.

Allied’s analyst notes that “given that the Far East has proven to be the powerhouse in terms of consumption growth, a fair flow of this increased US production will most likely head in that direction and given that it replaces the cut backs set up by OPEC and Russia, it will slowly bolster the overall tonne-miles of the tanker market. Obviously, we have seen limited influence of this, as of yet, translate into any marked improvement in freight rates for crude oil carriers, while at the same time this recent spike in the price of crude oil has temporary scaled back interest by traders, with consumption shifting more so towards consuming the lower priced inventories rather than importing any exceptional volumes at these high prices”. 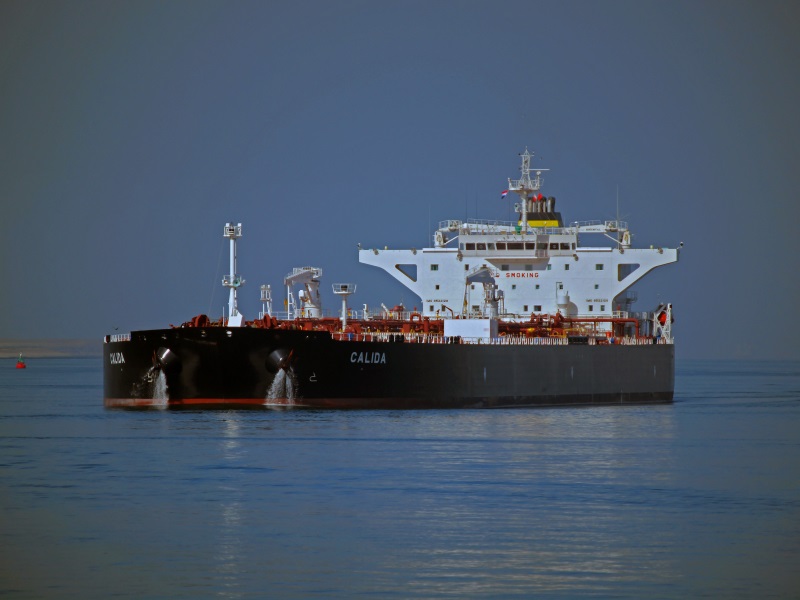 “All this is temporary however, and at some point, we are looking to see a bolstering in trade volumes. Put all this against the recent trends noted in terms of tonnage supply and we are looking at a slightly better picture emerge for the forward prospects of the tanker sector. The flattening out of the fleet growth over the past couple of months, thanks to limited newbuilding deliveries and an intensifying level of ship recycling, has helped balance things out and scaled back the growth figure for the first four months of the year down to 0.16%. It is therefore no surprise that we have seen a considerable rise in the level of buying interest in the secondhand market, while despite the low earnings still being seen, we are still seeing a fair flow of new orders take place. Given the current balance noted in the market, it will take a fair while before these recent trends start to really show face in terms of earnings, though despite this market participants have already started to “sit up and take notice”, he concluced.
Nikos Roussanoglou, Hellenic Shipping News Worldwide