The tanker market had an eventful quarter, with VLCCs in particular taking full advantage of the trade war aftermath. In its latest weekly report, shipbroker Intermodal noted that “pacing towards the end of the year there are much to discuss on how the crude markets performed on the last quarter. HFO prices are mostly flat on popular bunkering locations with VLSFO/MGO being on the spotlight. Last quarter proved to be quite fruitful for crude tanker owners through all ship sizes, VLCC’S quadrupled their TCE’S and THE rest of the sizes followed up with rather healthy levels. USA sanctions on the COSCO tanker fleet, uncertainty about the IMO2020 effect along with owners bullish attitude and idle ships due to scrubber fitting boasted the market”. 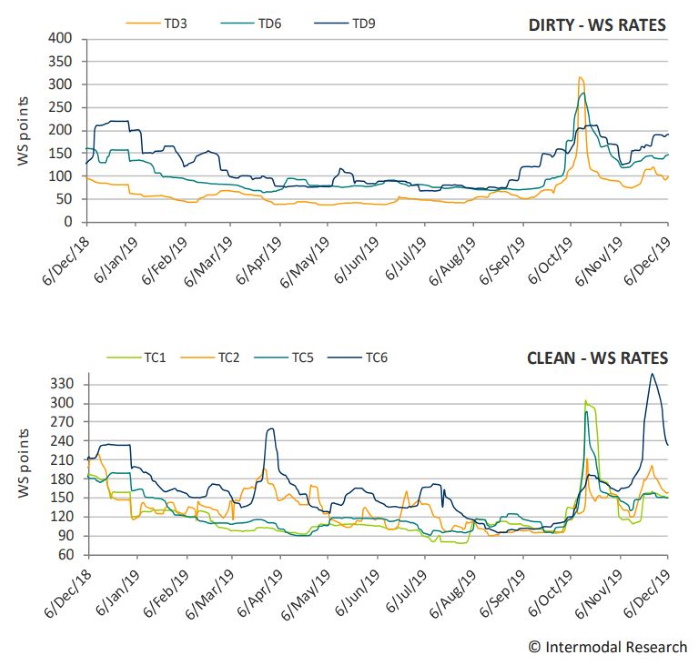 According to Mr. Dimitris Kourtesis, Intermodal’s Tanker Chartering Broker, “with oil prices sitting at $60/bl for WTI and Brent at $64/bl, OPEC is trying to impose further cuts on oil output. Even after OPEC officials speaking publicly on further oil output cuts there wasn’t any noticeable change on prices. Cuts aim to reduce the OPEC total output of oil by 500,000 bpd within the first quarter of 2020. It seems that Saudis have always been supporters of oil cuts, but this time one of the main reasons is, that on Wednesday their National oil company Saudi ARAMCO will start trading in public and its IPO value as we speak, stands at about $1,7 trillion, which means that an increase in oil prices will also boost the equity value of the company”. 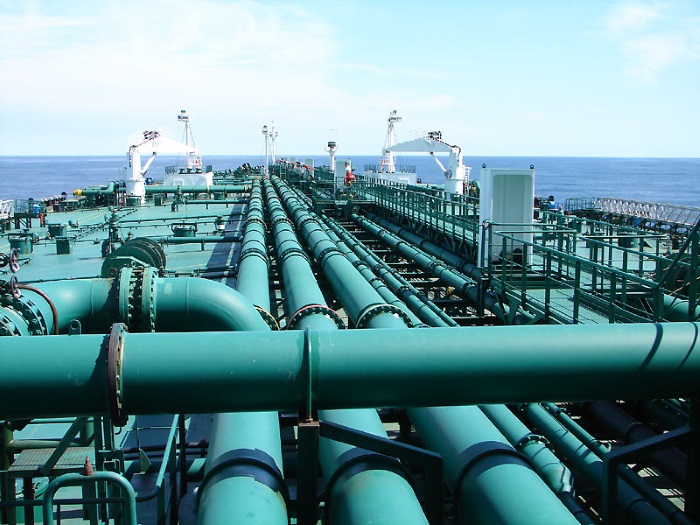 Kourtesis added that “it looks like some OPEC members resist these cuts. Iraq is the 2nd largest oil producer country after Saudi Arabia; it has increased its oil production by 100% the last decade. Even though Iraqi officials are strong supporters of further cuts, the structure of the oil industry in Iraq isn’t very easy to control. With oil majors operating the biggest fields and with the government having zero authority over the Kurdistan regional government this should be a hard task to accomplish. OPEC has also discussed with Russia the possibility of trying to limit the oil output, as of now this hasn’t been as successful as OPEC members would desire. Vladimir Putin knows that an increase on crude or condensate prices will drag gasoline prices higher and thus will create some internal instability. It is rumored that even if, all OPEC / non-OPEC members, somehow comply, oil prices will not reach the desired levels but at least a solid ground could be planned for the oil market to move into the new decade”, he noted.

Intermodal’s broker also said that “early last week VL’s were trading quiet but steady, as we moved towards the end of the week some activity spiked and started to slightly push the market higher. It could be that 3rd decade window for fixing is simply tight at this moment or that certain under the radar fixtures helped Owners to push higher. TD3 ended last week at 270 at WS99 (TCE $ 80,000 PDPR) and 280 at TD1 WS56.68 (TCE$ 44,000 PDPR)”.

In the Suezmax segment, “despite the holidays and people travelling, week 49 started slow with a noticeable increase of rates ex WAF as charterers try to cover their last stems for the year. TD20 closed positively on Friday at WS 138,85 levels and the Black Sea program for December is covered. Finally, in the Aframax market, “UKCONT/BALTIC Market is pushing rates higher as once more charterers are looking to cover last the stems of the year. With the position list not being really tight, TD7 stands at 80 at WS 183 (TCE $ 67,000 PDPR). Med didn’t perform as N. Europe but there is no anticipation for any decrease on rates”, Kourtesis concluded.
Nikos Roussanoglou, Hellenic Shipping News Worldwide