As if tanker owners didn’t have enough on their plate already, the US-China trade war is actively damaging one of the most lucrative tanker trades. As shipbroker Gibson commented in its latest weekly report, “for nearly two decades spectacular growth in Chinese crude imports has been the key driver behind rising crude tanker demand. Even in recent years shipments continued to increase at a very impressive rate, despite slowing economic growth, up on average by 0.85 million b/d per annum in 2016/17. Robust trade was supported by strong demand from the independent refiners, stockpiling into commercial and strategic inventories as well as the decline in domestic crude production. However, the dynamics could be changing. According to China’s General Administration of Customs, total crude imports increased year-on-year by 0.5 million b/d between January and July 2018, down notably from growth rates seen over the previous two years. The gains in seaborne trade have been even smaller due to more crude being imported from Russia via the spur from the ESPO pipeline into China’s mainland. Analysis of vessel tracking data by ClipperData suggests that the country’s seaborne intake of crude increased by a little over 0.3 million b/d so far this year, just over a third of the gain seen between January and July 2017”. 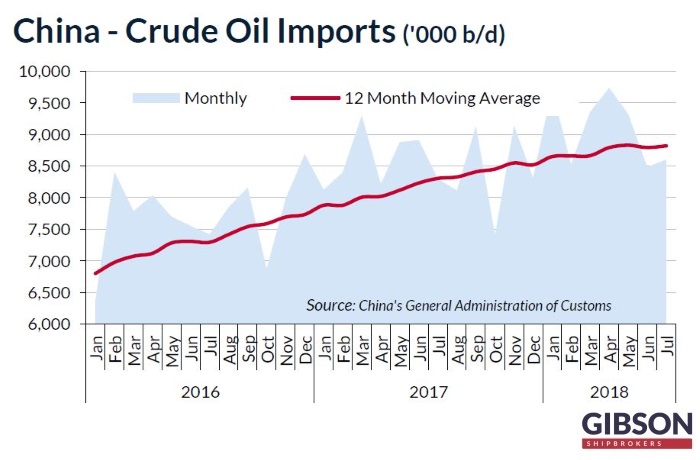 The London-based shipbroker said that “there are number of factors behind this slowing trend. Many Chinese refineries recently went through heavy seasonal maintenance, which temporarily reduced demand for crude. In terms of fundamentals, economic growth in China continues to slow, while there is also a much greater focus on environmental concerns and energy efficiency. The decline in China’s domestic crude production is also slowing. According to the IEA, output is projected to fall this year by just around 0.05 million b/d, versus 0.1 million b/d last year and nearly 0.3 million b/d in 2016. Finally, there also have been suggestions of less appetite for crude from China’s independent refiners, despite sizable increases in crude import quotas this year. Changes in tax system that were enforced since March mean that independent refiners are no longer able to avoid paying consumption tax on sales of refined products – a measure which previously boosted the refiners’ profitability”. 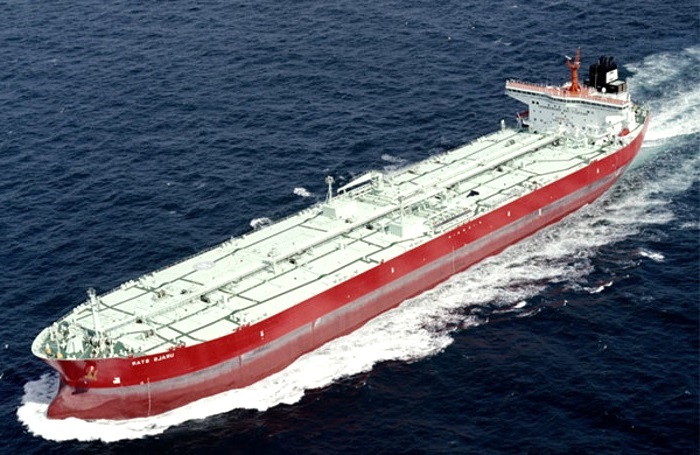 According to Gibson, “for the tanker markets, slowing growth in Chinese crude imports has been mitigated by rising tonne miles. Total long-haul trade from Latin/South America continues to increase, despite falling volumes from Venezuela, with more barrels being shipped from Brazil and Colombia. More US crude being imported has been an even bigger support factor. According to ClipperData, between January and July this year, US shipments (on a delivered basis) averaged close to 0.35 million b/d, up by approximately 0.225 million b/d compared to the corresponding period in 2017. However, the growing trade spat between US and China clearly threatens this trade, despite Beijing’s decision to drop crude from the list of the latest round of retaliatory tariffs. Unipec announced a suspension on US crude imports for loading in August and September, while there is also no visible interest from other Chinese players. Reuters reports that Unipec will buy some US crude for loading in October, although it is not yet clear whether October cargoes will be delivered into China or resold into other countries. Many fear that the removal of US crude from the tariff list as a temporary measure and could be used as a negotiating tactic. It takes over a month for a tanker to sail from the US Gulf to China and there is no guarantee that tariffs on crude will not be introduced during the voyage”. 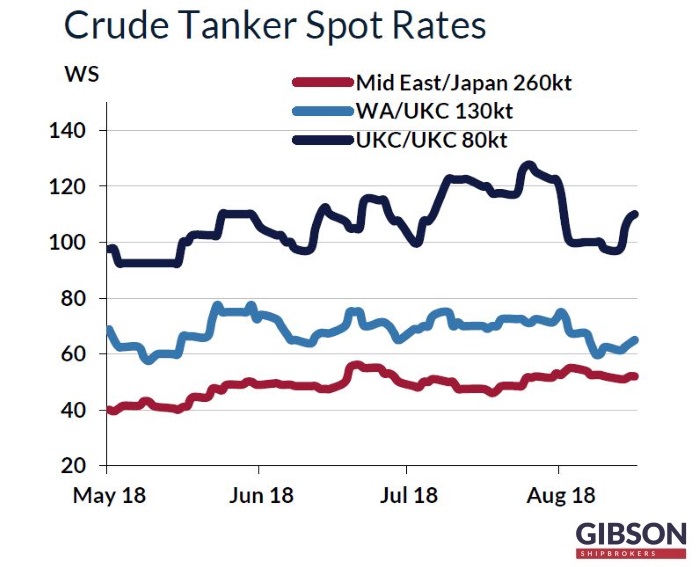 “Although these developments appear negative for tankers, China will have to source similar barrels from elsewhere. West African, North Sea crude or similar quality barrels in the Mediterranean could be a good substitute; there is already an increase in interest observed. In addition, those unsold US barrels, destined for China, will have to find a new home elsewhere, both short haul and long haul. As such, the loss of the US-China crude trade will have limited, if any, impact on tanker demand. The bigger concern remains, however: a slowing growth in total crude imports into the country”, the shipbroker concluded.
Nikos Roussanoglou, Hellenic Shipping News Worldwide

Previous: LNG ship orders pour in: Is it too little too late, or too much too soon?
Next: Chinese iron ore and steelmaking prices August 27 2018