The tanker market’s fundamentals seem to be edging towards offering some level of support to freight rates. In its latest weekly report, shipbroker Intermodal said that “inflation is the word that has dominated the meetings of foreign leaders and finance ministers in recent weeks, as rising energy costs, supply chain disruptions and monetary easing by states to support the economic recovery has in turn triggered concerns over the trajectory of growth from now on. According to the Financial Times, the consumer price index in the United Sates and the eurozone rose at the fastest pace in 30 years. The global growth rate is expected to come at 5.9% this year, lower than the 6% that the International Monetary Fund predicted in July, but the fund expects inflation to ease in the next year, albeit the path is uncertain as the labor participation rate has yet to catch up, implying that higher inflation will linger some more until that happens”. 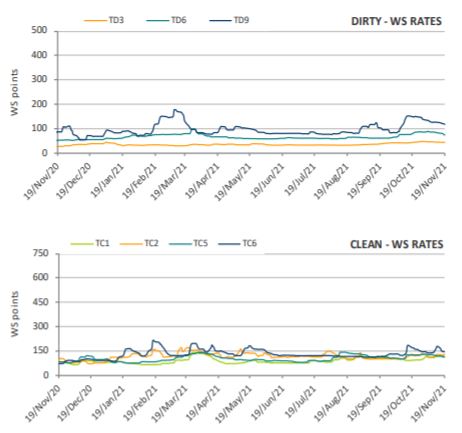 According to Intermodal’s SnP Broker, Mr. Zisis Stylianos, “upward pressure on commodities has benefitted dry bulk freight rates up to now, but countries are deploying polices to mitigate price rises, with the example of China trying to rein in the coal surge by increasing domestic supply ahead of the heating season, and the United States announcing a while ago the release of oil from the strategic petroleum reserves in cooperation with other countries, namely China, Japan, India, South Korea and the United Kingdom”. 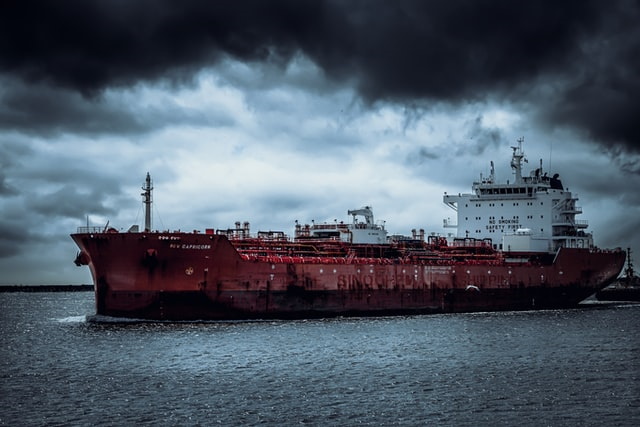 Stylianos added that “the move will be unprecedented as major countries try to tame crude oil prices after OPEC countries rejected US calls for increased production. The move would put these countries against OPEC+, led by Saudi Arabia and Russia, for control of global oil markets and could prompt the group to reassess plans to revive oil supplies at their next meeting in early December, with potential implication on the tankers market that had just started to show signs of life”.

“While the macro uncertainty and above policies, along with the slow-down in China’s construction sector have been weighing down on dry over the past month– the market is showing signs of stabilization during the current week. It looks like the fundamental drivers of coal demand, increased congestion at Pacific discharge ports and a rebound in iron ore exports are still there to support the market off the recent bottom, before we head into the seasonal weakness of the first quarter”, Intermodal’s broker concluded
Nikos Roussanoglou, Hellenic Shipping News Worldwide