Tanker Market Could Suffer During the Second Half of 2020

With floating storage having peaked and more tonnage being gradually released, supply is on the rise in the tanker market. With predictions for oil demand growth also ominous, the tanker market could be heading for a tough second half of the year. In its latest weekly report, shipbroker Gibson said that “as we near the halfway point of 2020, it seems like an impossible task to summarize everything that has transpired over the past 6 months. Even events which were considered major at the time now seem like a distant memory. 2020 kicked off with high tensions between the US and Iran following the killing of General Soleimani. The world wondered how Iran might react, with attacks on shipping thought likely. Then, just weeks later,the US and China signed a Phase 1 trade agreement which was expected to lead to increased Chinese buying of US commodities. Seemingly connected to this deal, sanctions against COSCO Dalian were lifted, which increased tanker supply and pushed rates to lower levels, albeit briefly. Around the same time, increased conflict in Libya saw crude exports plummet, from which they have yet to recover. Whilst the World was already aware of Covid-19, in January (when these events occurred) it was largely seen as a Chinese problem. Most of the World carried on as normal”.

According to Gibson, “however, the rapid spread of the infection across the World soon became the dominant force in the oil and shipping markets. Just as the spread of Covid-19 was starting to have a major impact on global oil demand, a fallout within OPEC+ led to a rapid increase in crude production from March until a new OPEC+ deal was signed in April. Rapid increases in crude exports from the Middle East pushed VLCC earnings to a 15 year high (on a monthly average basis)”. 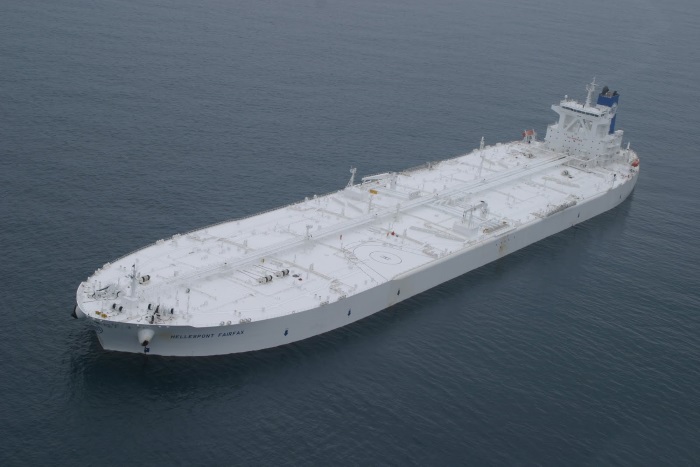 Meanwhile, “at times during April and May, more than 4 billion people were under some form of lockdown, causing transportation fuel demand to evaporate and total demand down by 17.8mbd year on year (YOY) during Q2. Demand in April alone fell by 21.8mbd YOY – the single largest contraction ever witnessed. This record collapse in consumption occurred ahead of any reductions in oil supply, forcing the emergence of a super contango, making floating storage inevitable”.

It added that “it was not just crude tankers which felt the impact. Product tankers saw record freight rates. In Europe, a lack of storage caused significant discharging delays, which led to previous records being obliterated; MR cargoes trading from Europe to the United States reached $64/tonne vs. a previous record of $39/tonne. Likewise, in the East, significant increases in exports from India, the Middle East and China pushed freight costs to unimaginable levels. LR2s, which had also benefitted from vessels switching to dirty trade earlier in the year, saw freight rates on the Middle East – Japan route reach $124/tonne, almost twice the previous record. Demand was not the driver, instead it was supply as refiners and traders sought to push refined products to any home they could find, whilst also exploiting a contango structure. However, as refinery runs were cut steeply to balance supply with demand, product tankers in particular came under heavy pressure. Crude tankers kept the party alive for slightly longer as oil production cuts took longer to implement, but eventually moved to a weaker position as refinery intake and crude exports adjusted to lower levels”, Gibson said. 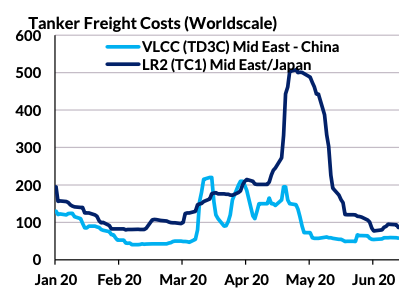 “At the time of writing, floating storage is likely to have peaked. As more vessels are released from storage, vessel supply will increase. For the tanker market, one should hope that oil demand recovers quicker than analyst expectations. The fundamentals for the second half of 2020 look bleak, but looking back at the first half of the year shows us that anything can happen; sanctions, pandemics, trade wars, conflict and weather could all influence the remainder of 2020”, the shipbroker concluded.
Nikos Roussanoglou, Hellenic Shipping News Worldwide

LPG’s Role in Shipping’s Decarbonization Could Be Important

Key drivers of the dry bulk shipping market as the end of the year draws near: The challenges and opportunities that lie ahead for the dry bulk players