The tanker market posted a mild rebound during the month of December. According to the latest monthly report from OPEC, dirty tanker rates experienced a slight improvement m-o-m in December, while still remaining near multiyear lows amid a persistent imbalance in tanker demand and availability. VLCC and Suezmax rates saw some improvement on eastward rates from the Middle East and West Africa, as well as from West Africa to the US Gulf Coast. Aframax rates edged lower, weighed down by a sluggish intra-Med performance. Clean tanker rates continued to see a pick up from multi-year lows seen at the start of the 4Q20, with gains both East and West of Suez. As with the oil market and the global economy as a whole, 2020 was a volatile one for the tanker market. However, in contrast to the oil market, March and April were ‘golden’ rather than ‘black’ months as tanker freight rates soared to record highs in all major shipping regions. Dislocations caused by the COVID-19 crisis resulted in an excess of crude in the market as consumption collapsed, overwhelming onshore inventories and leading to a surge in floating storage demand for both crude and products, all of which supported tanker rates across the globe. By June, spot freight rates had fallen back to lower levels, where they remained for the rest of 2020. While ongoing efforts to address the imbalance in the oil market by OPEC and participating non-OPEC countries in the DoC may reduce tonnage demand in the near term, the tanker market will benefit as the reduced overhang stabilizes oil trade trends, and as easing lockdown measures and a rollout of the COVID19 vaccine supports a return of economic activity.

Spot fixtures
Global spot fixtures declined m-o-m in December, after increasing the month before, falling 1.2 mb/d, or 7.2%, to average just under 15.1 mb/d. The decline occurred across all major routes. Spot fixtures were 3.2 mb/d, or more than 17%, lower than the same month last year, reflecting the overall muted environment due to the COVID-19 pandemic.

OPEC spot fixtures averaged 9.7 mb/d in December, representing a decline of almost 8% m-o-m, or 0.8 mb/d. Compared to the same month last year, OPEC spot fixtures were around 21% lower, or almost 2.7 mb/d, reflecting in part the production adjustments from OPEC countries. Fixtures from the Middle East-to-East averaged 5.7 mb/d in December, representing a decline of more than 0.7 mb/d, or around 11%, m-o-m. Y-o-y, this represents a decline of 1.0 mb/d or almost 16%. Middle East-to-West fixtures continued to lead the m-o-m losses, falling 13%, or 0.1 mb/d, in December to average 0.8 mb/d. This was still 0.7 mb/d, or 47%, lower compared with the same month last year. Outside of the Middle East, fixtures were broadly flat, down less than 1% m-o-m, to average just under 3.3 mb/d. Y-o-y, fixtures declined more than 22% or just under 1.0 mb/d. 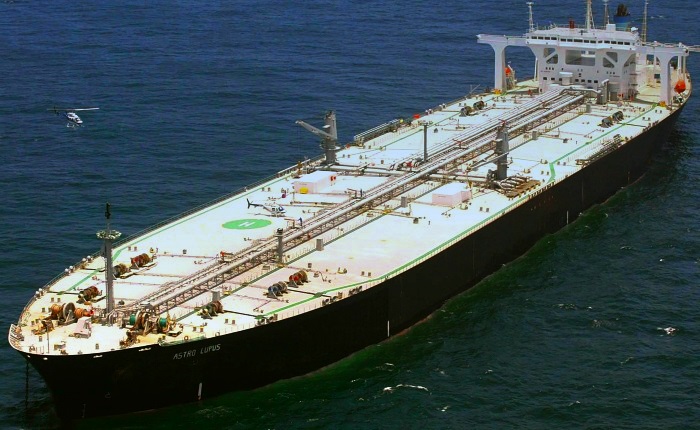 Aframax
Aframax rates were broadly stable in December, edging lower by just 1% m-o-m. Compared to the previous year, however, rates were 71% lower. The Caribbean-to-US East Coast (USEC) route were unchanged m-o-m in December, with rates averaging WS69. Y-o-y, rates on the route were 72% lower.

Developments in the Mediterranean routes continued to diverge slightly. The Cross-Med route declined in December after increasing the previous two months, falling 2% m-o-m to average WS60. In contrast, the Mediterranean-to-NWE route was broadly unchanged averaging WS53, which represented a 71% drop y-o-y. Meanwhile, the Indonesia-to-East route declined 3% to average WS51, which was some 72% lower y-o-y.
Nikos Roussanoglou, Hellenic Shipping News Worldwide