The tanker market recovered strongly during July, OPEC said in its latest monthly report. Dirty tanker spot freight rates in July fully recovered from the decline seen earlier in May, as trade dislocations boosted tanker tonnage demand. VLCC rates on the Middle East-to-East route rose 26%, while flows West were up 30%. The wide Brent/WTI spread also made US crude more competitive in Asia, supporting VLCC demand. Aframax rates on the Mediterranean-to-North West Europe route increased 38% m-o-m, while Suezmax rates from the US Gulf-to-Europe rose 23%, amid strengthening demand for longer haul flows to Europe. Clean rates came down after gaining steadily over the past months, with declines particularly strong in the Med, as trade dislocations generated volatility. 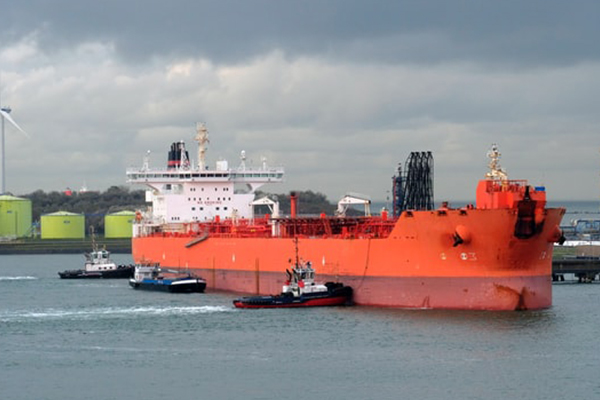 Suezmax
Suezmax rates in July fully recovered from the sharp drop earlier in May, increasing 23% m-o-m. Rates were supported by ongoing trade dislocations, which boosted demand for longer-haul voyages. These include higher Russian flows to Asia and increased European imports from the Middle East and the Americas. Rates were almost three times higher than in the same month last year. Rates on the West Africa-to-US Gulf Coast (USGC) route increased by 22% m-o-m in July to average WS124 points. Compared with the same month last year, rates were 170% higher. Spot freight rates on the USGC-to-Europe route rose 23% over the previous month to average WS112 points. Y-o-y, rates were 203% higher.

Clean tanker freight rates
Clean spot freight rates declined for the first time since roughly the start of this year, clipped by ample tonnage availability. On average, rates declined 23% m-o-m in July but were up 179% compared with the levels seen in the same month last year. Losses were seen on both sides of the Suez, but primarily in the Mediterranean.

Rates on the Middle East-to-East route declined 8% m-o-m in July to average WS285. Y-o-y, rates were up 239%. Freight rates on the Singapore-to-East route dropped by 4% m-o-m to average WS396 and were 277% higher compared with the same month last year. In the West of Suez market, rates on the Northwest Europe (NWE)-to-USEC route decreased 14% m-o-m to average WS309 points. They were 164% higher y-o-y. Rates in the Cross-Med and Med-to-NWE saw declines of around 40% each to average WS275 and WS285 points, respectively. Compared with the same month last year, rates were 129% higher in the Cross-Med and up 119% on the Med-to-NWE route.
Nikos Roussanoglou, Hellenic Shipping News Worldwide

Previous: India’s July inflation eases to 6.71% as some commodity prices fall
Next: Baltic Dry Index falls to 1477 down 79 points