The tanker market fared better during the month of February. According to the latest monthly report from OPEC, issued this week, dirty tanker rates picked up in February, as a more than 20% increase in both Suezmax and Aframax spot freight rates outpaced a 6% decline in VLCCs. Weather was a key factor in boosting rates with weather delays in the Turkish strait and around the Mediterranean lifting rates West of Suez amid a pickup in chartering activity. Unusual freezing weather in the US which struck in the middle of February led to disruptions in US crude and product trade flows, provided further support for Aframax as well as Suezmax rates amid limited availability in the Atlantic basin. Higher bunker fuel prices also provided some momentum for higher rates. 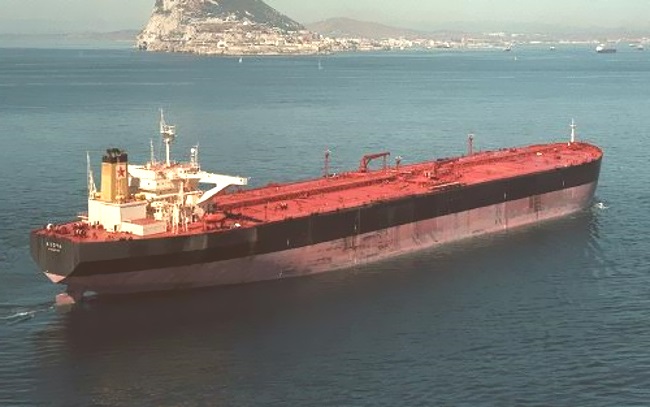 Suezmax
In contrast to their larger brethren, average rates in the Suezmax class saw gains in February, rising for the third month in a row. Compared with the previous month, average Suezmax rates were 23% higher, as relatively strong Aframax rates made Suezmaxes competitive on some routes. Y-o-y, rates were 35% lower. On the West Africa-to-US Gulf Coast (USGC) route, Suezmax rates averaged WS51 points in February, representing a 17% gain from the month before. Y-o-y, rates were still 34% lower than in February 2020. Spot freight rates on the USGC-to-Europe route jumped 29% m-o-m to average WS53 points but remained 36% lower compared with the same month last year.

Aframax
Aframax rates on average rose for the fourth month in a row in February. Gains were seen across all routes, with average rates rising 27% m-o-m. However, rates were still 16% lower compared with the previous year.

The largest gains were seen on Med routes, where robust chartering activity and reduced tonnage availability due to weather disruptions in the Turkish straits and around the Mediterranean supported the market. The Mediterranean-to-Northwest Europe (NWE) route jumped 52% m-o-m to average WS96, representing a 33% increase y-o-y. The Cross-Med route rose 36% m-o-m to average WS98, representing a 22% increase y-o-y. Meanwhile, the Caribbean-to-US East Coast (USEC) route increased 14% m-o-m in February to average WS98. Rates were boosted by disruptions caused by the closure of US Gulf ports due to freezing weather and limited availability in the Atlantic basin. Y-o-y, rates on the route were still 42% lower. Within the Asian region, the Indonesia-to-East route rose 10% to average WS64, which was some 36% lower y-o-y.

West of Suez experienced a 27% increase m-o-m in February, supported by developments on all routes as weather disruptions impacted Med rates throughout the month and rates in the Atlantic basin around the middle of the month with the onset of frigid temperatures in the US Gulf Coast. Y-o-y, rates were still 13% lower than in the same month last year. Gains were seen on the Cross-Med and Med-to-NWE routes, which rose 35% and 25%, respectively, to average WS163 and WS173 points. Meanwhile, rates on the NWE-to-USEC route also enjoyed an increase, up 20% m-o-m, to average WS133 points. Clean spot rates were still 16% lower compared with the same month last year. East of Suez rates declined by 8% in February and showed a 16% loss y-o-y. The Middle East-to-East route was flat in in February, averaging WS81. This represented a 19% decline compared with the same month last year. On the Singapore-to-East route, clean freight rates erased the previous month’s gains and then some, dropping by 14% in February. With an average of WS121, rates were 8% lower compared with February 2020.
Nikos Roussanoglou, Hellenic Shipping News Worldwide