The Iranian sanctions is yet another factor to be considered in the tanker market these days. The repercussions are far and beyond, especially after the latest move by the US to end all waivers, in an attempt to achieve its goal of zero Iranian oil exports. Among the nations most affected is India.

In a recent weekly report, shipbroker Banchero Costa started its analysis on the matter, by noting that “Govt has put in place a robust plan for adequate supply of crude oil to Indian refineries. There will be additional supplies from other major oil producing countries; Indian refineries are fully prepared to meet the national demand for petrol, diesel & other Petroleum products” . This was the tweet of the Indian Petroleum Minister Dharmendra Pradhan coming after the Trump administration’s announced it will not renovate U.S. Iran sanctions waivers granted to the 8 largest Iran crude oil buyers– including India – which came to an end on May 2, 2019, as scheduled when firstly introduced. India and Iran hold long-established cultural and business relationships”. 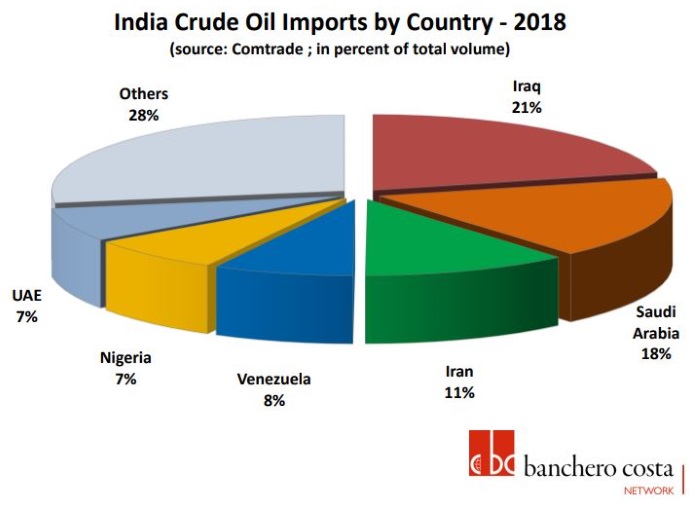 According to Banchero Costa, “in 2018 Iran, ranking as the world’s fourth largest reserve holder of oil according to U.S. Energy Information Administration (EIA), was the thirdlargest crude oil supplier to India, accounting for 11 percent of Indian crude oil imports after Iraq and Saudi Arabia, which accounted for 21 and 18 percent respectively, and followed by Venezuela (8 percent). In terms of crude oil supply, India is facing a challenging 2019: in addition to the Iran sanctions waivers expiry, U.S. imposed sanctions against the Venezuelan oil sector in January 2019. And following these two events, some 732,000 bpd of crude oil were effectively removed in April 2019, according to Lloyd’s List Intelligence data. Even if no names were shown in the above-mentioned tweet, Indian efforts to diversify its crude oil supply can be seen by comparing the 2018 and 2019 first quarter imported volumes”. 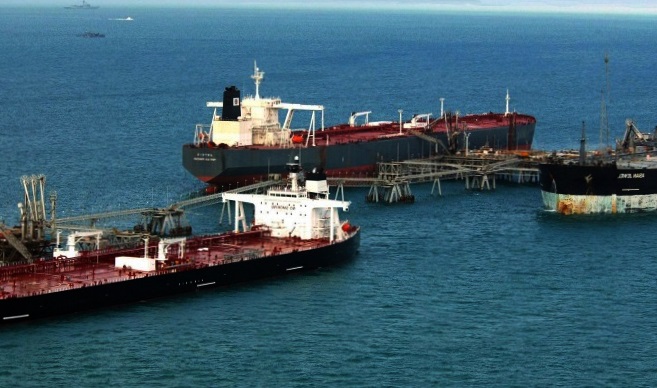 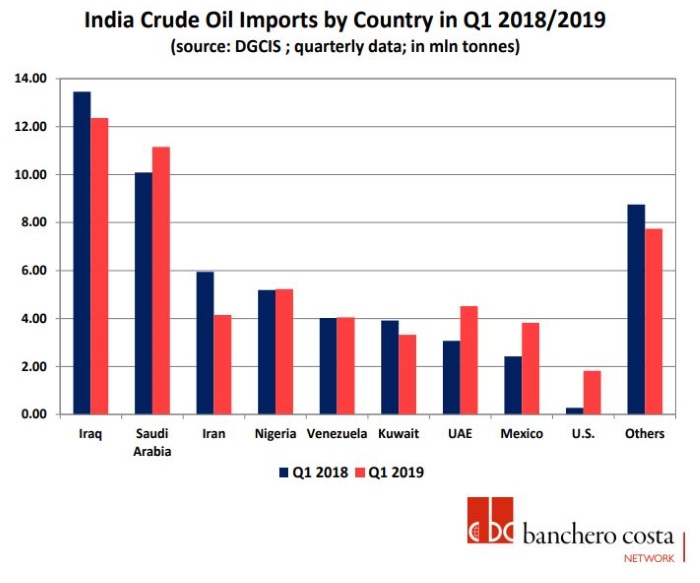 Banchero Costa concluded that “to stop buying crude oil from Iran puts India in front of many concerns, including refiners’ crude oil grade related issues: “It is not possible to suddenly convert those refineries (to run) some other form of crude,” said in this respect the Indian Ambassador Harsh Vardhan Shringla at Carnegie’s event in late April and reported by Reuters. But the largest problem lies on crude oil prices. “We are apprehensive that that impact can translate into inflation, (and) higher oil prices“ that could affect the common person in India, to quote again Shringla. Moreover, India purchases crude oil from Iran at cheaper freights, free of cargo insurance and with a longer credit period (60 days) compared to other suppliers. But United States cannot help on this matter: “Oil is owned by private people, so government cannot force people to make concessionary price“ said U.S. Commerce Secretary Wilbur last week while in India”.
Nikos Roussanoglou, Hellenic Shipping News Worldwide