The tanker market has dug itself a hole, it’s now struggling to get out of. The past week didn’t bring any sort of respite. According to the latest weekly report from Charles R. Weber, “VLCC rates continued easing this week despite a fresh increase in demand as the Middle East surplus increased at the conclusion of the June program.  In isolation, however, rates in the Atlantic Americas posted further gains on a sustaining of strong regional demand and a growing disconnect with natural positions. The Middle East market observed 27 fixtures, representing a 29% w/w gain. Moreover, the number of this week’s fixtures covered under COAs declined, yielding a markedly more active pace”. 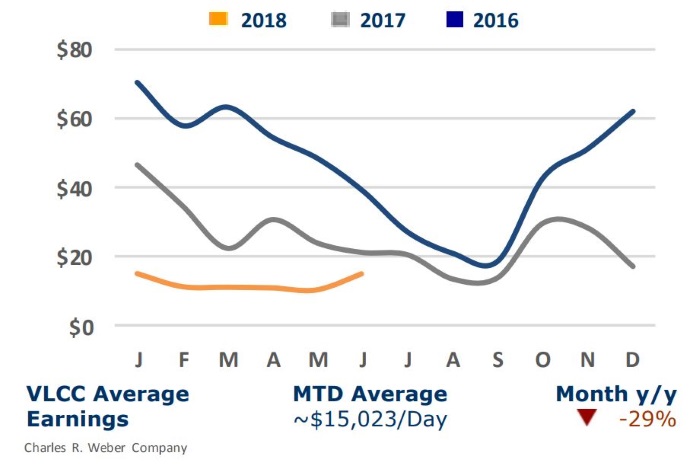 “Meanwhile, draws on Middle East tonnage to the Atlantic basin remained elevated, with the West Africa marked yielding six fixtures, unchanged from last week’s tally. These factors likely prevented rates from observing greater losses from a rise in available tonnage. After the May program concluded with a multiple‐year high surplus of 38 units, the June program initially saw the number ease on stronger Atlantic basin draws to the West Africa and Americas markets. By the end of June’s second decade had declined to 16 units but a fresh buildup has materialized at the end of the June program and we project that the month will have concluded with 25 surplus units. Though still considerably fewer than May’s tally, the number is largely on part with the average during March and April, when AG‐FEAST TCEs averaged ~$10,400/day. These presently stand at an average of ~$14,212/day. The specter draws on tonnage to the Americas could mitigate some downside in the near‐term, though absent a fresh reduction of the surplus during July’s first decade, we expect that rates may be poised for more substantial weakening”, CR Weber added. 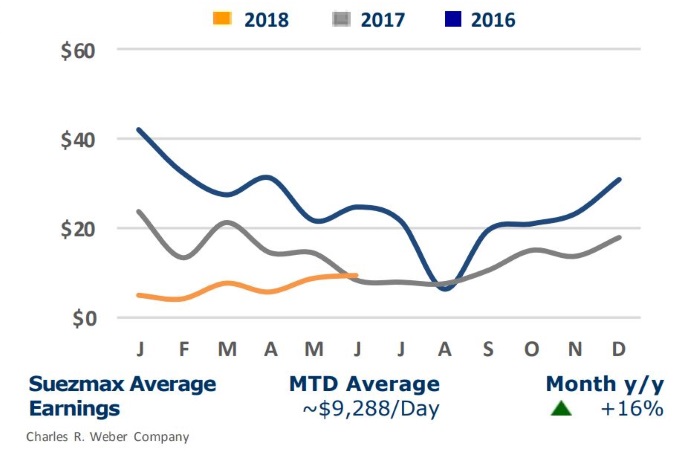 In specific benchmark markets, in the Middle East, CR Weber noted that “rates on the AG‐CHINA route eased, losing one point to conclude at ws48. Corresponding TCEs were off 4% w/w to ~$12,663/day. Rates on the AG‐USG c/c route fell one point to ws17.5. Triangulated Westbound trade earnings rose 0.1% to ~$19,120/day”. Similarly, in the Atlantic Basin, “rates in the West Africa lagged those in the Middle East.  The WAFR‐CHINA route was unchanged, accordingly, at ws48. Corresponding TCEs rose 2% to ~$14,972/day. Rates in the Atlantic Americas rose on a strong regional demand profile and declining natural positions though by the close of the week softer Middle East rates saw Americas rates pare some of their earlier gains as speculative became more financially viable. The USG‐SPORE route added $50k to conclude at $3.95m lump sum, having earlier reached $4.00m lump sum”, the shipbroker noted. 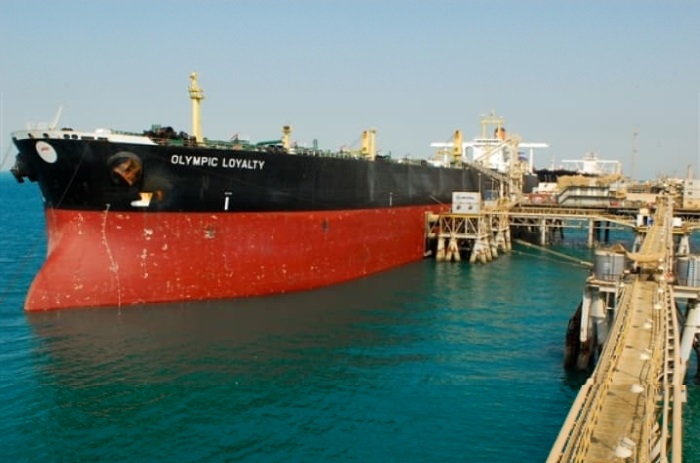 Meanwhile, in other classes, “rates in the West Africa Suezmax market observed a modest rebound this week on the back of a fourth‐consecutive week of strengthening regional demand. A total of 12 fixtures were reported – one more than last week and one more than the YTD weekly average. Rates on the WAFR‐UKC route added 2.5 points to conclude at ws67.5. Rates in the Americas were unchanged amid sustained elevated demand.  The CBS‐ USG route was unchanged at 150 x ws70 while the USG‐UKC route held at 130 x ws55 and the USG‐SPORE route was steady at $2.50m lump sum. Demand in the Middle East was at a three‐week high, which saw rates strengthen. The AG‐USG route added 5 points to conclude at ws32.5”, said CR Weber. 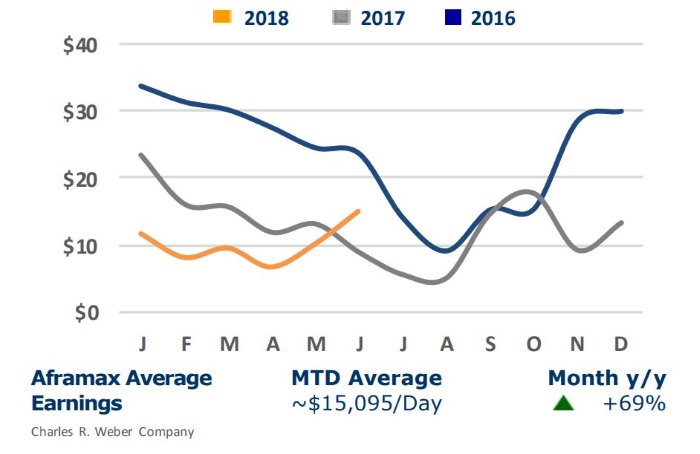 Finally, “the Caribbean Aframax market saw rates ease from recent highs though they remain at relative strength. The CBS‐USG route shed 2.5 points to conclude at ws142.5 (basis Venezuela loading) while the USG‐UKC route was unchanged at ws95.  Given that this week was relatively inactive and that more units will appear on positions at the start of the upcoming week, the pace of losses may be set to accelerate.  Still, the extent of extra‐regional demand observed recently implies that rates will remain lofty relative to the norm observed during the first five months of this year amid slower availability replenishment. Aframax rates in the North Sea and Baltic markets observed a strengthening this week in‐line with recent ton‐mile demand gains. The NSEA‐UKC route added 10 points to conclude at ws110 while the BALT‐UKC route jumped 20 points to ws100. Similarly, Mediterranean rates saw strong gains with the MED‐MED route adding 20 points to ws105”, the shipbroker concluded.
Nikos Roussanoglou, Hellenic Shipping News Worldwide