2020 has already started with a “bang” when it comes to the tanker market after the latest developments in the Middle East. In its latest weekly report, shipbroker Gibson said that “2020 is already turning out to be a highly volatile year. Most tanker freight markets have remained extremely firm over the first two weeks of January whilst geopolitical risk has ratcheted up once again. The US killing of General Soleimani, followed by Iran’s retaliatory action could have had major repercussions for the oil and tanker markets. However, aside from price impacts, so far no physical effect on the market has come to fruition and tensions appear to be cooling – for now. What happens next however will be key, with countless different scenarios that could play out”. 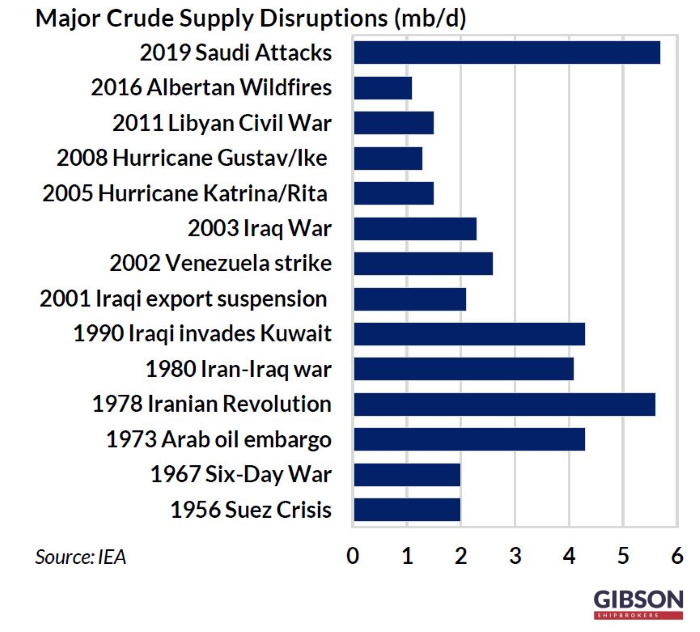 According to Gibson, “one of the most talked about scenarios remains the possibility that the Strait of Hormuz could be closed. Whether this is achievable or not, and whether it would trigger a major conflictis beyond the scope of this report, but any closure no matter how temporary would impact approximately 17.2 million b/d of crude oil and 2.4 million b/d of refined product flows. If this was to materialise, the impact on the oil price would be extreme, with major economic ramifications”. 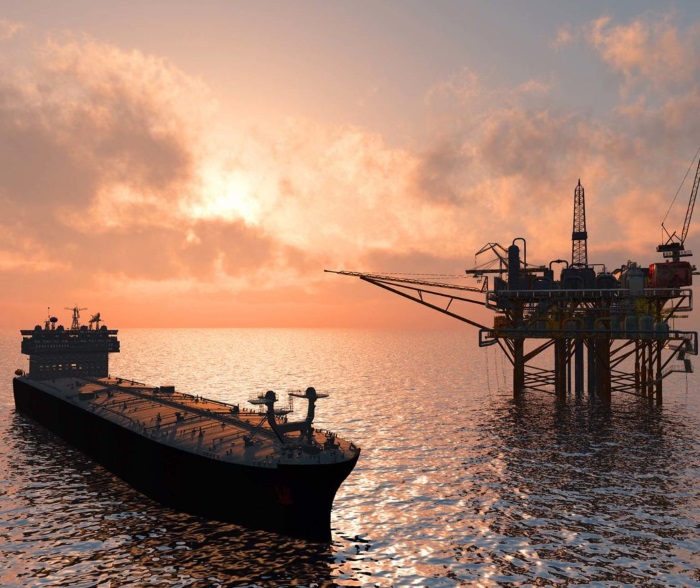 The shipbroker added that “the loss of 17.2 million b/d of crude flows could not be replaced from anywhere in the world within a short time frame. Saudi Arabia, Iran and Venezuela possess the biggest spare production capacity; however, none would be in a position to increase exports. Whilst Saudi Arabia could theoretically push approximately 3 million b/d of crude to the Red Sea via the East-West pipeline (assuming that loading infrastructure could handle these volumes), the pipeline itself could become a target”.

Gibson also noted that “the obvious place to source additional crude would be from OPEC+ members outside the Middle East Gulf who could reverse their 715,000 b/d of pledged production cuts, whilst some countries like Russia may be able to produce even more. Collectively however, it is unlikely that OPEC+ production increases would exceed 1 million b/d in the short term. The US could also contribute more, although much of this might be retained for domestic consumption, whilst it is unclear how much additional crude the US could produce quickly. The largest month on month increase in US shale production recorded was 300,000 b/d, whilst Canada could remove government mandated cuts to increase output by up to 300,000 b/d. However, even if all these players delivered quickly (which is uncertain) and Saudi maxed out its East-West pipeline, only 5.315 million b/d of the loss could be recovered, leaving a near 12 million b/d shortfall. Emergency stocks would of course be released, although this would have little benefit to tanker trades”. 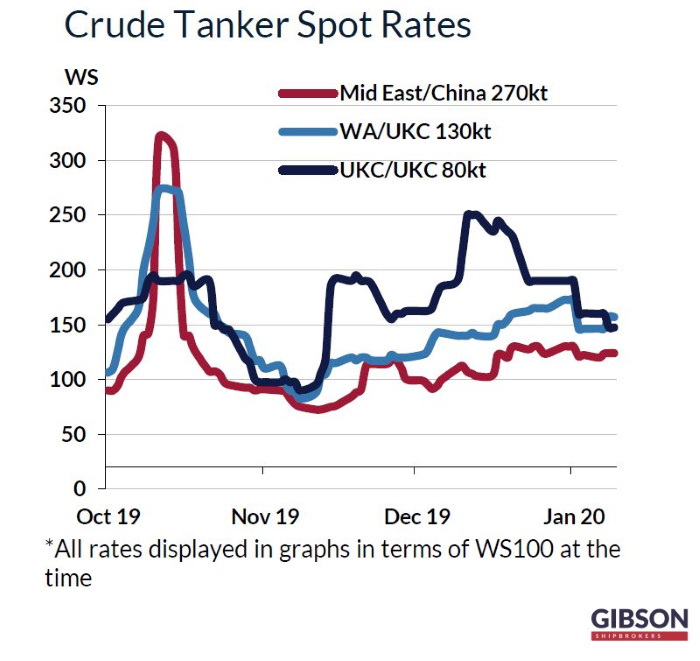 “So, with approximately 12 million b/d of seaborne oil trade lost if the Strait of Hormuz was closed, the implications for freight rates would be disastrous, perhaps akin to the periods following the oil shocks of 1973/1974 and 1979, both of which led to prolonged downturns in tanker freight rates. Of course, endless different scenarios could materialise. If the Strait stayed open, but with attacks on tankers becoming more common, then freight and insurance rates could surge to record levels. Right now, it is difficult to rule out any scenario, but one thing is certain;the risk to oil and shipping is arguably the highest it has been this century”, the shipbroker concluded.
Nikos Roussanoglou, Hellenic Shipping News Worldwide