The tanker market could be facing some volatile months ahead, especially in the Aframax and Suezmax segments. In its latest weekly report, shipbroker Gibson said that “as with most crude tanker markets, the Aframax and Suezmax sectors have remained under pressure since June. Part of this downside is not too dissimilar to the typical seasonal weakness seen during the summer months, although in most cases the downside has been caused by a lack of crude demand and falling seaborne trade, whilst these vessels have not benefitted to the same extent as the VLCCs from floating storage demand. However, as we move closer to the 4 th quarter, these sectors may see increased volatility even if demand (and rates) are lower than previous years”. 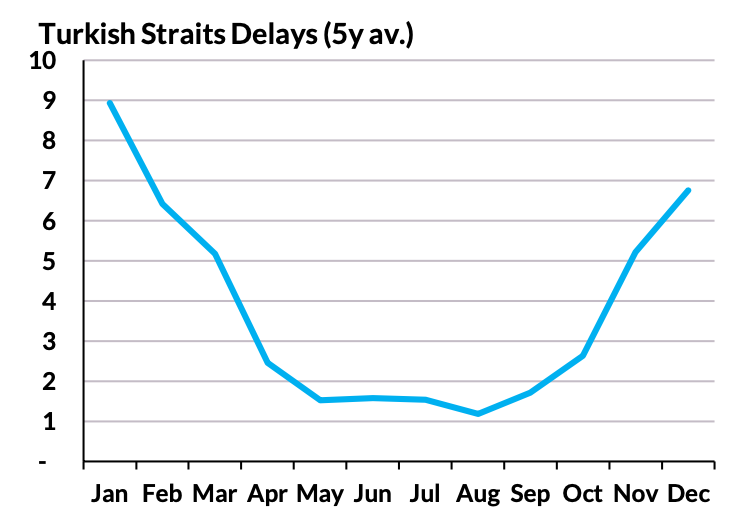 According to Gibson, “this volatility may be hard to predict given that often weather-related disruption is a primary driver during the winter period. In the Mediterranean, delays through the Turkish Straits could be a key factor. During the spring/summer period, delays seldom impact freight levels in the region, however, from October onwards transit delays through the Straits typically increase, before easing down again as April approaches. In the Baltic and North Sea markets, weather could also increasingly become a factor. Delays are likely to grow as inclement weather moves into the region. However, the major upside potential is ice in the Baltic. Typically, the impact of ice can be the greatest from January to March, however the season can extend or contract depending on the severity ofthe winter. Outside of Europe, weather related delays and disruptions could also impact tonnage supply. Whilst hurricane activity in the US Gulf/Caribbean is largely expected to subside by November, winter storms and fog could impact cargo operations over the coming quarters”. 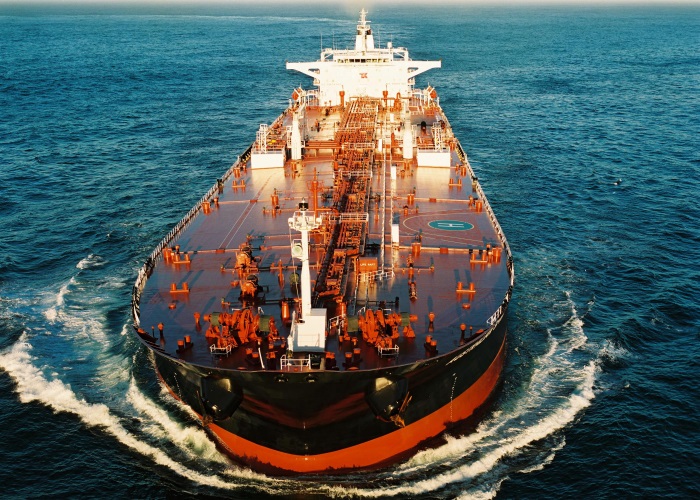 Gibson added that “aside from praying for weather related disruption to drive freight volatility, shipowners might have been hoping to see higher cargo volumes lift demand into the fourth quarter. Whilst to a certain extent this is true; the Russian Urals programme plans to load just 12 more cargoes in Q4 compared to Q3 and OPEC+ has given its members until the end of the year to complete compensation cuts. Loading programmes could be trimmed further or see limited upside on this basis. The Angolan export schedule for November shows a further reduction in flows, whilst ADNOC plans to trim term volumes by 25% in the same month. Other OPEC+ producers are expected to suppress export volumes in order to meet compliance goals before the end of the year. However, the main potential upside for the Mediterranean market is Libya. If Libya can increase volumes significantly in the short term, then tanker owners will see a welcome boost in terms of regional demand. Yet, this is far from certain. The picture in the US is more clouded. So far during the covid-19 pandemic, export volumes have held up well despite significant production declines. To a certain extent this has been supported by lower US refinery runs. Exports may stay supported until peak maintenance season in October passes. However, if following seasonal turnarounds, US refining throughout recovers strongly, then crude export volumes are likely to come under downwards pressure”.

The shipbroker concluded by noting that “to say the picture is mixed is perhaps an understatement. Undoubtedly the fundamentals, although improved from a few months ago, are considerably bearish. But the tanker market does not always move on fundamentals. Owners may often wish for fair winds and following seas, but this is exactly the opposite of what they need right now”.
Nikos Roussanoglou, Hellenic Shipping News Worldwide