Tanker Market: Where to Next After Brexit and Venezuela Sanctions?

In its latest weekly report, shipbroker Intermodal said that “subsequently to the drop of rates in the third decade of March – last week continued pretty much with the same sentiment, with nothing fresh apart from a few sparks that did not materialize and with excess tonnage pushing/holding rates at same/lower levels. With fixing dates starting to move towards April end, first tier VLCC units still trade at WS43-45 for Far East destinations shaping the TCE down to about $15,000.00 p/d and slightly above WS20 for West. West Africa remains unchanged with last fixture ex Nigeria/ECI at USD 2,95million”.

According to Mr. Dimitris Kourtesis, Tanker Chartering Broker with Intermodal, “even with noticeable increase in Suezmax WAF inquiries last week, activity remains steady, with surplus tonnage along with nonsensical dates sustaining pressure on the market. In the MEG Owners tried to resist but the bullish attitude didn’t hold for long, letting rates slip and seeing fixtures at 65WS for EAST and 40WS for west deliveries. In MED/BSEA not much is happening at the moment and rates are expected to slip further”. 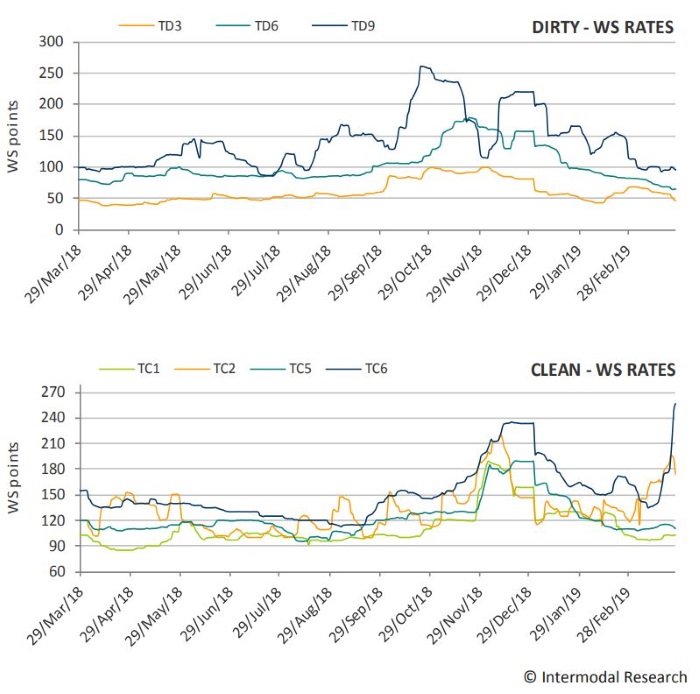 Kourtesis added that “after a fire at the Intercontinental Terminals tank farm, the US Coast Guard was working on a locking system to prevent further contamination. During that period the HSC (Houston Ship Channel) remained closed, putting as a result a smile on Aframax Owners faces which won’t last for long as the channel did not remain closed for long enough. Rates settled below WS100 at 70,000 MT for upcoast and TA routes as well. For cargoes ex MEG rates remain 100WS at 80,000MT’s, cross Med stands at 80WS at 80,000MT & and BSEA runs slightly higher”.

Intermodal’s analyst added that “entering the second quarter of 2019, it finds us facing various geo-political and economic turbulence around the world, some of which affect trading patterns / supply & demand / freight rates and oil prices either directly or indirectly. What does a no deal Brexit mean for the oil / offshore and gas industry? Certainly, the cost of energy import and electricity bill will rise, although the actual time this will happen is not yet clear. The UK frequently imports equipment from Europe for their offshore industry. It is clear that if tariffs or different tax regimes are introduced it would be extremely detrimental to their economy. Buyers of UK oil like South Korea will have to make new arrangements since UK will no longer be part of the free trade agreement between South Korea and Europe. Last but not least it is worth mentioning that 87% of UKs natural gas demand is imported from Norway and the balance from Belgium and Netherlands, which means that the flow of natural gas will not stop but it will definitely become less efficient”, the shipbroker said. 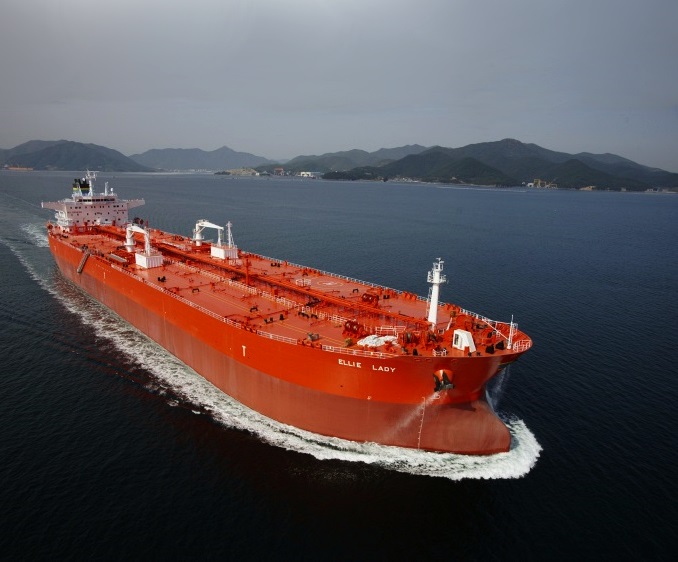 Meanwhile, “US imposed a second round of sanctions on Venezuela on 28th of January and it is estimated that by the end of this year, Venezuela oil production will fall down to 500K b/day. After sanctions and also the limited production of Venezuela, many oil traders had to look for alternative sourcing, as they had to keep supplying either their refineries or running contracts. A couple of months ago the Venezuelan government seized tankers carrying fuel for their domestic market. Even though their actions were not in line with English common law, the government managed to sidestep it and by enforcing local the Venezuelan law confiscated the cargoes. The problems for Venezuela kept mounting with a second power outage taking place on Jose, one the biggest crude export terminals, last week. This did not only affect terminal operations but also the upgraders that turn heavy crude oil to light, while despite all the adverse developments Venezuela will have to keep pumping oil as they have to ship crude to China and Russia as a part of an ongoing loan deal”, Kourtesis concluded.
Nikos Roussanoglou, Hellenic Shipping News Worldwide