Despite a less than positive period for freight rates in the wet sector, asset prices haven’t been all that doom and gloom. In a recent report, shipbroker Charles R. Weber said that “newbuilding prices for tankers have observed strong growth since the start of the year when examined on percentage terms. Assessed prices for VLCCs at competitive yards in South Korea and Japan, for instance, now stand at over $90m for the first time since 2015, while just as recently as the start of the year the assessment stood at $80m. The rise in prices comes despite the fact that ordering activity at tanker‐competitive yards remains muted across key marine segments, including tankers and bulkers. During 2017, vessels with a collective carrying capacity of 29.2 Mn DWT were ordered; although representing a near tripling of the capacity ordered during 2016, it remained well below levels observed between 2013 and 2014 – and the YTD pace suggests that 2018 will mark a pullback”. 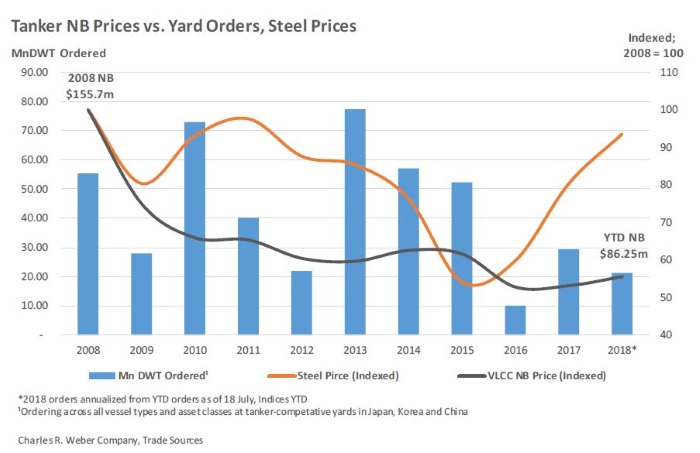 According to CR Weber, “current commercial factors to incentivize new orders have been minimal. For tankers, a grossly oversupplied market with the orderbook still bloated from earlier ordering makes it difficult to substantiate for most owners. The notable exceptions include traditional owners undertaking fleet renewals and some speculative orders from new entrants based on desirable projected IRRs if earnings and values improve. The historical experience of many such plays previously, which largely failed to perform positively, has limited such orders. Many existing participants will likely take some solace in the fact that speculate ordering has declined in light of the modern fleet and large orderbook (the VLCC orderbook, for instance, represents 17% of the existing fleet, which itself exceeds demand by around 4%). The oversupply facing Suezmaxes is far greater. Prospective opportunities exist in other marine segments, but there too the interest has been minimal in comparison to prior instances of forward opportunities”, said the shipbroker. 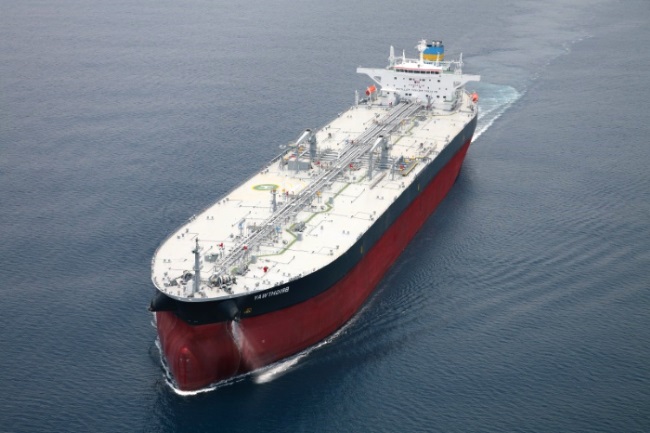 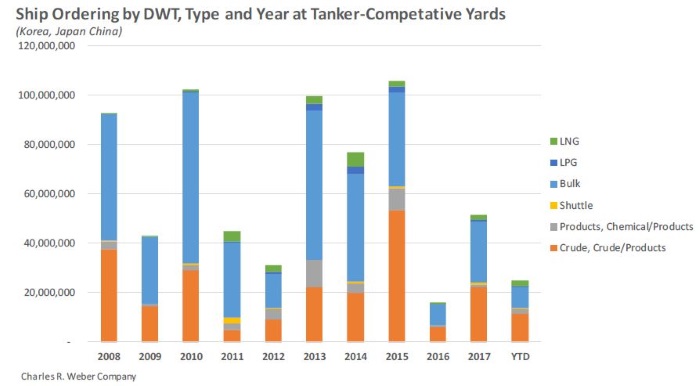 “Generally, the state of the newbuilding market appears to have found a new normal where rapid and considerable newbuilding price gains are less likely to occur, absent a major positive impetus to earnings across the slate of marine segment – with a simultaneous positive forward view thereof – in the same way as occurred during the 2000s. After a period of strong expansion, yards have been rationalizing capacity to manage ongoing costs and better managing steel purchases to keep order prices low and attract new orders. Meanwhile, the dollar remains stronger than it was during the last decade, even after some giveback since the start of 2017. The strategy of keeping newbuilding prices low would appear to be a necessity, at least for tankers in the context of how the market has behaved over past 10 years. A VLCC ordered for $90m with 60% debt would presently require around $32,500/day to break even – and considerably more to achieve a desirable IRR through trading. By comparison, VLCC average earnings over the past year stand at just ~$16,767/day – and between 2009 and 2017, earnings averaged just ~$32,831/day”, the shipbroker concluded.
Nikos Roussanoglou, Hellenic Shipping News Worldwide