Tanker Newbuildings Hard to Come By

New tonnage in the tanker market could become scarce in the next few years, in what appears to be a silver lining amid the pandemic. In its latest weekly report, shipbroker Gibson said that “setting aside the exceptional volatility in tanker rates, Covid-19 outbreak and the dramatic changes in world oil markets, one of the features of the tanker market has been the ongoing underinvestment in new tonnage. So far this year, just 75 newbuilding orders have been confirmed, the lowest number for the January to May period since 2017. Investment appetite has been modest across most size groups. Between January and May, just 13 VLCC and 13 Suezmax orders have been placed, while the Handy/MR segment has seen 22 orders. In the Panamax/LR1 category, just 1 tanker has been ordered; yet, this is largely due to a lack of owners’ confidence in this size group, with LR1s having to compete with smaller MRs and larger LR2s at the same time. LR2/Aframaxes have seen most interest, with 26 orders placed since January”. 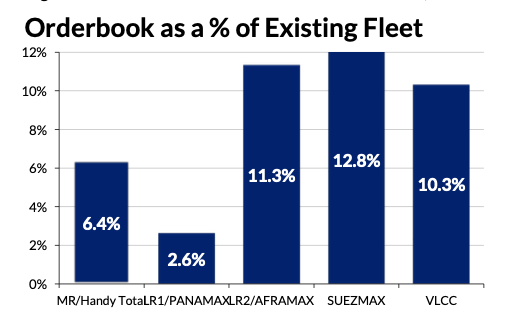 According to Gbison, “limited ordering this year is important considering the restricted investment in tankers in recent years. Tanker orderbook at present stands at less than 9% of the existing fleet, down from around 15% in 2014-16 and well below 25% seen between 2007-09. Of all segments, Suezmaxes have the largest orderbook at 12.8% relative to its current fleet, while the LR2/Aframax orderbook stands at 11.3%. VLCCs have 10.3% of its fleet on order, while the MR/Handy orderbook is notably smaller at just 6.4%, consisting almost entirely of MRs. As interest in LR1/Panamaxes has been almost non-existent in recent years, this segment has the smallest orderbook – at just 2.6% in relationship to its current fleet size”. 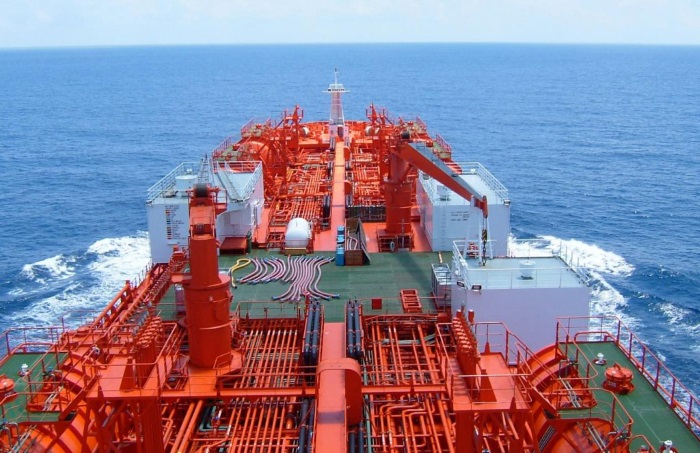 The shipbroker added that “the vast majority of tankers on order are due for delivery over the next 12 months, although some delays could materialise, considering the disruptions Covid-19 has caused to shipyard operations in recent months. Furthermore, major cuts in crude production and refinery runs represent significant headwinds to tanker earnings and could also push deliveries back a little. Yet, even foreseeing a degree of slippage, the delivery profile for the 2nd half of 2021 still looks limited, while deliveries in 2022 are at even more restricted levels. This potentially offers support to tanker rates in the long run, particularly if increased levels of scrapping activity are seen. The global tanker fleet is starting to age, with plenty of candidates approaching demolition age. Around 18% of the fleet over 25,000 dwt were built between 2000 and 2004. The Ballast Water Management convention is also expected to play an important role in the demolition decision over the next few years, even for younger tonnage”.

“However, this positive outlook for the tanker fleet depends not only on the investment we have seen to date but also the appetite for new tonnage going forwards. On the one hand, environmental concerns and uncertainty about the future vessel designs could limit ordering activity, at least until more clarity emerges. After all, a tankers trading life spans over twenty years and no owner wants its asset to become uncompetitive in ten years’ time. On the other hand, however, there is the need for fleet replacement. Newbuilding prices have also started easing, which could stimulate ordering activity, with values for larger crude tankers down by around 5% from their peak levels in mid-2019. Regardless of future environmental pressures, lower prices could still prove to be an attractive proposition, particularly to those liking the idea of a limited orderbook and prospects of increased demolition activity”, Gibson concluded.
Nikos Roussanoglou, Hellenic Shipping News Worldwide

Previous: Dry Bulk Market: Capesize Market Not There Yet
Next: Tanker Market Rates 01/06/2020