Investment in tanker newbuildings is surprisingly, quite robust so far in 2021, considering the sorry state of most tanker trades. In its latest weekly report, shipbroker Gibson said that “this year has seen an impressive surge in commodity prices. Steel prices reached multiyear highs in May and, although they have since eased back, values remain above levels seen between 2016-2020. Shipping has not been immune, with newbuild prices moving up in tandem, although intense ordering activity in some segments, most notably the container industry, and the resulting shrinking yard availability for the nearer term have also played an important role. Since December last year, tanker newbuild prices have appreciated by around 15%-25% depending on the sector”. 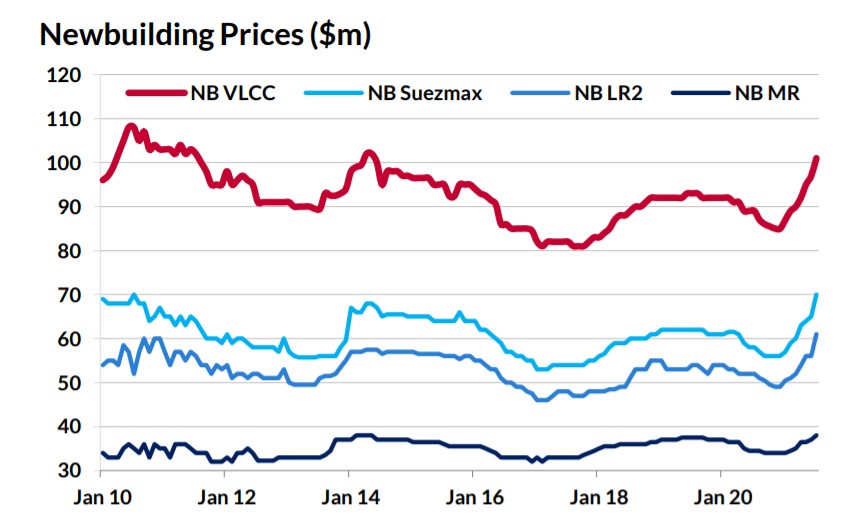 According to Gibson, “tespite this upward trend, the current sorry state of the tanker market and concerns over the long-term future of oil demand, the number of new orders placed during the first eight months of this year is already just marginally behind last year’s total. Just over 150 confirmed tanker orders (over 25,000 dwt) have been placed so far in 2021, compared to nearly 165 confirmed orders for 2020. Nearly half of the orders are in the MR segment (40-55,000 dwt), with ordering activity in this size already exceeding last year’s level. The number of VLCC and Aframaxes/LR2s orders so far in 2021 is just below last year’s level, with investment in new VLCCs being particularly high during Q1. Suezmaxes are the exception to the overall trend, with 15 orders placed since January, less than half of the 2020 number”.

The shipbroker added that “how the newbuilding market will evolve going forwards remains to be seen. The latest increases in newbuilding prices may discourage some investment but what are the chances that we are going to see much lower values anytime soon? Intense ordering activity in other shipping segments means that yards are under no pressure to reduce their prices in the short term. Steel prices may continue to be supported by robust demand from the construction and manufacturing sectors powered by various fiscal stimulus programs designed to aid the recovery from the pandemic, while governments are also under little pressure to ease inflationary concerns”. 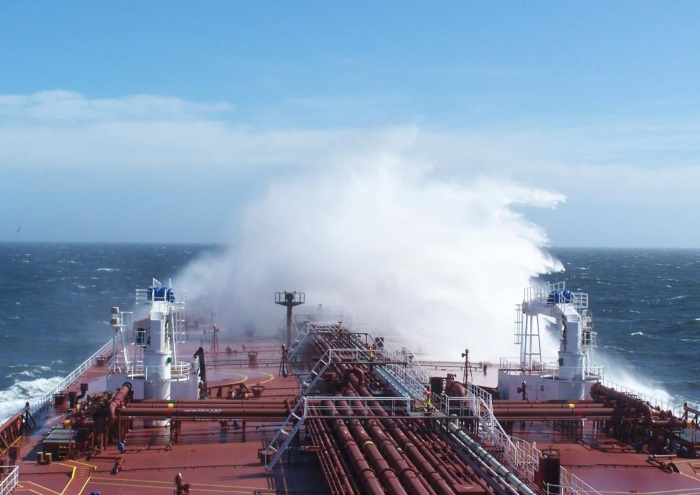 Gibson also noted that “in terms of the tanker sector itself, the orderbook remains restricted, despite fresh orders and limited scrapping activity. The Aframax/LR2 and VLCC orderbook stands at just over 10% of its existing fleet, the Suezmax orderbook is at 9.2%, while MRs has 8.8% of its current fleet on order. The orderbook for Handy tankers and Panamax/LR1s is marginal, but this is mainly due to Owners’ preferences for MRs and LR2s”.

“While the orderbook is healthy, the existing fleet continues to age. Depending on the segment, between 20% to 30% of the fleet is over 15 years old and will be approaching their natural “retirement” age over the next few years. Indeed, we have seen many ageing tankers with limited trading opportunities moving into sanctioned Iranian and/or Venezuelan trade over the past twelve months or so, but demand for that trade is finite and unable to accommodate all ageing candidates. And last but certainly not least, the regulatory and environmental pressure has never been higher and will undoubtedly continue to increase going forward. As ageing tankers on average consume around 20-25% more bunker fuel than the latest designs, the approaching IMO’s EEXI and CII rules will only speed up the removal of the least completive and least efficient tankers. If anything, the newbuilding activity for the year to date serves as evidence that there is confidence in the tanker market. As the world eventually recovers from the pandemic and with so many candidates to scrap, the newbuilding market which offers a benefit of delayed delivery is perhaps not a bad option after all, despite higher yard prices”, Gibson concluded.
Nikos Roussanoglou, Hellenic Shipping News Worldwide