Tanker owners could receive some positive news from the Russian crude oil export market. In its latest weekly report, shipbroker Gibson said that “after many months of pain, crude tanker owners will finally see an increase in the volume of Russian export cargos in the coming weeks. Loading schedules indicate rising shipments of Urals and CPC blend crude. Reuters estimates that Urals crude loading in Baltic ports such as Primorsk, Ust Luga and Vysotsk will increase to 6m tonnes in October from 5m tonnes in September. This represents an increase of approximately 20% MoM on total Baltic Ural loadings for October. Similarly North Sea production is up 10% MoM for October, while overall OPEC+ production is set to increase by another 400 kbd. All of which shows rising production across the board”. 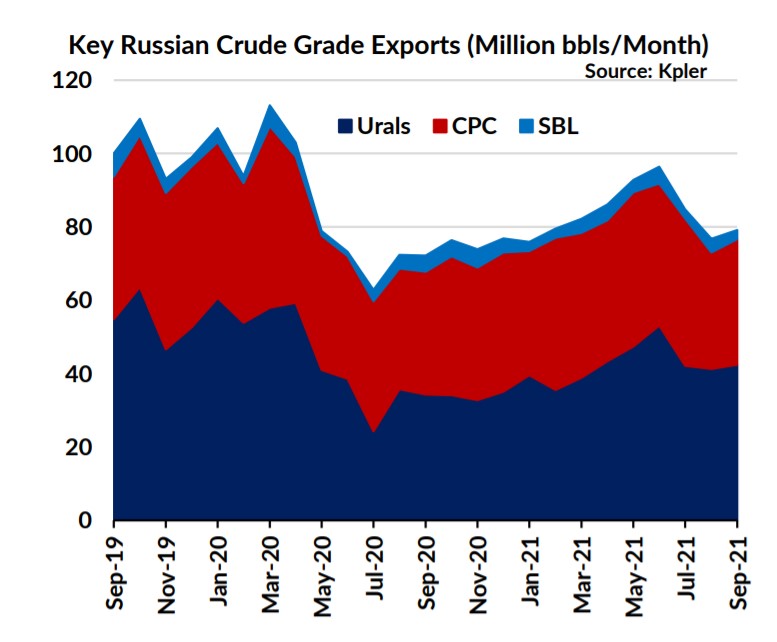 According to Gibson, “current estimates place Urals volumes out of Novorossiysk for October at 1.74m tonnes, somewhat lower levels compared to 1.81m tonnes in September. However, CPC volumes are expected to increase as completed upstream pipeline maintenance should facilitate greater flows to Black Sea Ports. In the Baltic region, completed oil field maintenance and ongoing autumnal refinery maintenance are contributing to a rising surplus of Urals requiring additional Baltic loadings. This means Russian crude will have to be absorbed by overseas markets. All these factors provide a very positive short to midterm set of drivers for Aframax tankers which many owners hope will translate into higher vessel earnings albeit from a very low base”.

The shipbroker added that “whilst this loading data represents positive news for Aframaxes in October, this could be an early indicator of seasonal strength in the market. In the Black Sea the higher probability of Turkish Straits delays over the coming months rises. Whilst these delays are a shortterm boost, recent occurrences show the extreme volatility they can briefly generate. As Q4 progresses the market should see increased production along with deteriorating weather patterns which should help Aframax rates to rise. Beyond the next few months, winter demand for crude and Baltic ice formations could put further upward pressure on rates, should ice class season materialise to a sufficient level”. 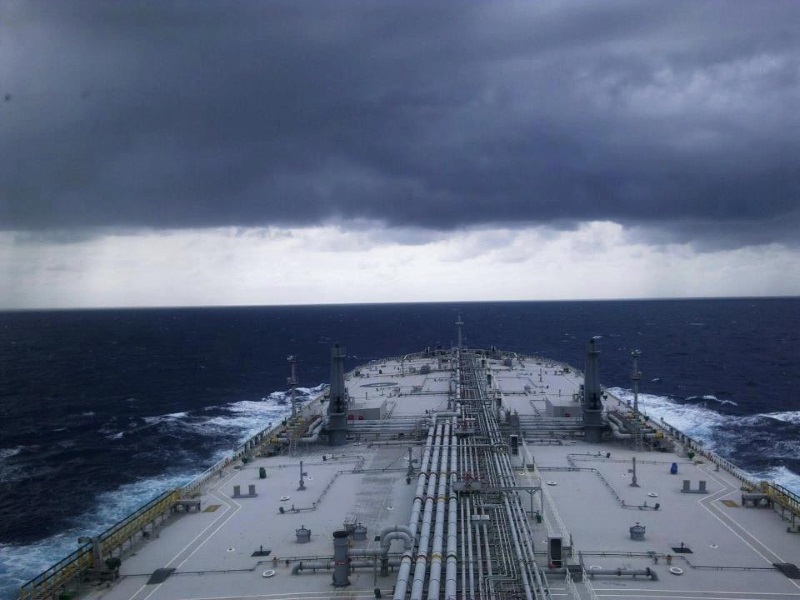 Gibson added that “more broadly, the October data provides evidence of expanding Russian crude production and exports under the OPEC+ deal. As Brent crude briefly touched $80/bbl and oil demand continues to rise, this may raise the prospect of a gradual loosening of OPEC+ production quotas at upcoming meetings. Producers such as Russia will become increasingly incentivised to raise production levels further in line with any amended agreements to benefit from higher earnings revenue to finance Government expenditure and shore up foreign currency reserves. Bloomberg believes Russia will increase its crude and condensate production to 11.24m bpd in 2022 (up 8% on 2021 levels). This would be a significant development in coming close to reaching the 2019 production level of 11.25m bpd, which represents Russia’s post-Soviet production record. Therefore, it is likely these factors could support higher levels of crude production beyond pre Covid-19 highs”.

“Overall, the picture for tankers loading Russian crude looks more promising at least in the short to medium term, although signs of longer-term support for Aframaxes may provide further hope. Whilst issues such as the energy transition and Covid-19 economic recovery raises some questions about exactly how long Russia could maintain higher exports, the short to medium term necessity to meet energy demand and rising supply should provide some much-needed comfort for the market”, Gibson concluded.
Nikos Roussanoglou, Hellenic Shipping News Worldwide

Previous: Dry Bulk Market: Another Week, Another Rally
Next: China’s service trade up 9.4% in Jan-August