Modern tanker tonnage prices have been trending upwards, despite the downturn of the tanker freight market. In its latest weekly report, shipbroker Intermodal said that “counter cyclical investments.” usually take place by investing in a “bad” market at the point that ensures that the acquired asset exposes the buyer less. This has always been the essence of investing in most industries. Of course, like everything else, it’s is easier said than done when a market is going through a trough. Apart from the purchase cost, you still have to spend money in order to subsidize the asset until the market recovers. And of course, there is always the question of whether the market has reached a bottom or not. Anyway, all of these are known”.

According to Intermodal’s SnP Broker, Mr. Timos Papadimitriou, “so now that we are experiencing a bullish dry bulk market and a phenomenal container market, it might be logical to speculate that tankers are not far behind on their way to recovery. With that said, investing in tankers is the only counter cyclical move you could do today at least within the 3 vanilla sectors”.

Mr. Papadimitriou said that “currently, the tanker market continues to remain weak on the back of constrained oil supply from OPEC+, but last year’s record high crude oil inventories have drawn down extensively, currently are at the bottom of the 5 year average range. At the same time, oil demand is set to recover signaling that the tanker trough might be hopefully ending. Goldman Sachs projects oil demand to increase by +5.0 million barrels per day over the next 6 months, with this summer particularly likely to witness the biggest ever oil demand increase. Additional oil supplies will need to flow into the market; OPEC+ has already decided to gradually increase production through July. A favorable scenario would dictate a further increase in OPEC+ supply by Q4, even if Iranian barrels return to the market, in order to cope with the demand”. 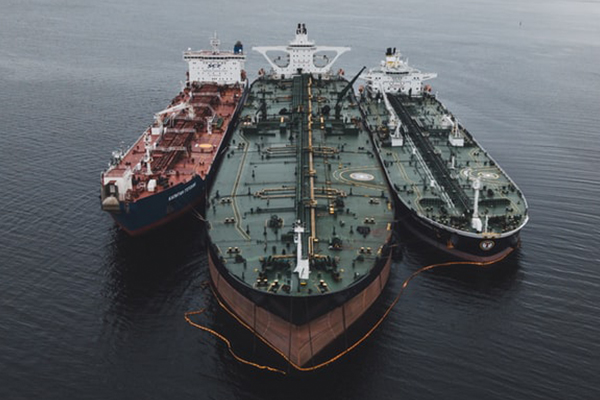 “But up to this date, despite a lackluster tanker freight market, asset values have increased as underlying steel prices have reached record high levels providing support. The increase in tanker asset values has been more pronounced for younger units, where the majority of SnP interest lies, rather than older ones. Since January, approximately 124 tankers have changed hands, with the majority being AFRAs (58), followed by VLCCs (41) and SUEZMAXs (25). It makes sense for shipowners to look into buying second hand crude ships purely out of speculation as a tanker recovery is well overdue. The majority of the ships sold were in the 13-17 years age bracket, mostly due to high supply of candidates (e.g. approx. 38% of the Aframax fleet is above 15Y Old). It is certain that a lot of buyers bidding on 12-13 year ships would also go after 10Y or 8Y old tonnage if there was availability”, Mr. Papadimitrou said.

He added that “recently, we have seen an increase in interest for ships built in after 2010 and almost no interest for older ships with the asset value gains shaped accordingly. Indicatively, 10Y old Aframax values are estimated to have increased by +27.0% since Q4 2020, while 15Y old values have only gained +14.0% over the same period. It might make sense to assume that since the anticipated recovery is yet to be seen, buyers are not willing to risk it on older ships. But given what we are currently witnessing on the dry and box sectors is this wise?”

Mr. Papadimitriou concluded that “we see 10-15 year old container ships that a year ago might have being sold at demolition levels now being fixed for 4-5 years in the low 40k for further trading. We are witnessing the so called obsolete 28k handy fetching above 20k p/d. Although the tanker regulatory environment, makes older crude tankers less competitive in traditional trades where oil majors are involved even in a tanker recovery, the 15Y Old to 5Y old ratio at this point being at approx. 40% (the lowest we have seen is 30% during 2013 and the highest 60% during 2009) might be enticing enough to invest into an older asset and take advantage of a broader tanker market recovery in the near future. In other words, even older units can benefit in a market recovery. As in the famous quote “A rising tide lifts all boats.”, Intermodal’s analyst concluded.
Nikos Roussanoglou, Hellenic Shipping News Worldwide

Previous: Supply chain: Australia’s fuel supply chain is secure and resilient
Next: G-7 summit: Here’s a quick guide to everything you need to know