Tanker owners could get a boost in terms of a rise of the freight market, after a dismal year so far. In its latest weekly report, shipbroker Allied Shipbroking said that “tanker owners are currently facing the most challenging period noted in the last decade. Earnings have plummeted, charterers’ interest has been anemic during the last 12 months and overall trade seems to be fallen in a never-ending pit since the peak of the pandemic crisis and from which it is finding it extraordinary difficult to revive from”.

According to Allied’s Research Analyst, Mr. Yiannis Vamvakas, “the more than 100% surge in oil prices since the low noted in November 2020 fully illustrates the trimmed demand for crude oil cargoes noted in the market, while many traders are still mostly utilizing their built-up inventories. However, the recent decision by OPEC+ to start ramping up production once again after the decision made last year for a record 10 million bpd cut in oil output, is likely to evaporate some of the upward pressure prices have encountered as of late. In particular, the oil cartel, after its initial disagreement between U.A.E and Saudi Arabia, decided on a total output rise to gradually take place during the August to December 2021 period by 2 million bpd (at around 0.4 million bpd per month)”. 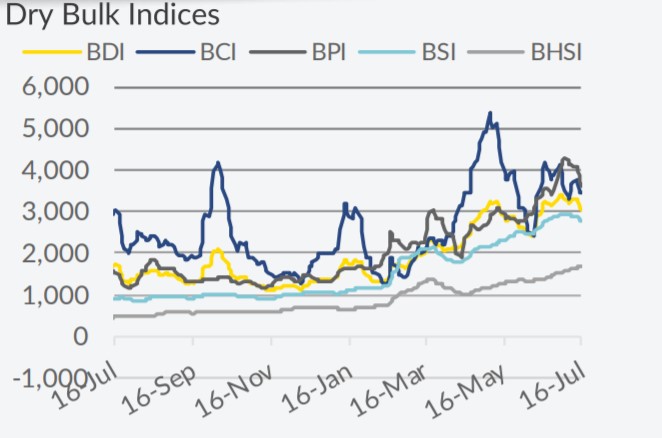 “Additionally, the cartel decided that its previously agreed production cuts will end in September 2022. Brent prices posted a 5% daily fall today, while crude oil future contracts are trading at backwardation on the back of these news, and it will be interesting to see if this pattern continues. Nevertheless, the organization has not excluded any scenario for fresh production cuts in the case that fundamentals change dramatically during the following months due to the still ongoing pandemic. Another important note that emerged from the OPEC+ meeting was the possible adjustment of the cartel’s policy in case that Iranian oil returned to market. Iran will be able to add an extra 1.5 million bpd in the market in the case that sanctions are lifted”, Vamvakas said. 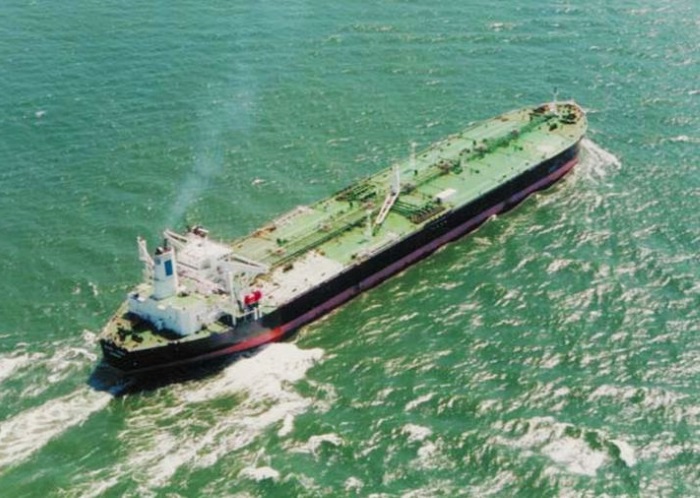 “Meanwhile, it is worth mentioning that figures are depicting an improved picture on the demand side as well, as according to preliminary EIA data, demand during the 2Q2021 (43.95 mill. bpd) surpassed the respective number for 2Q2020, as well as 1Q2021. This implies that consumption is likely to have showed signs of a rebound, but trading has not yet followed this upward momentum. This could be clearly illustrated though from oil inventories data of key market players. In the US, commercial crude oil inventories have declined to their lowest point since the beginning of 2020 to around 437.6 million barrels, while the same declining trend is witnessed in Europe as well. Refineries have so far used the already imported crude oil, with commodity traders trying to avoid the current elevated oil prices. Given though that crude oil inventories have already dropped significantly, it is likely that interest will start to ramp up in the market for crude oil shipments”, Allied’s analyst noted.

“Prices though are expected to still be a determining factor in the final demand levels that tanker owners will witness over the coming months, with preliminary data show a fair rise in monthly trading flows for July, leading to their highest monthly level for the year to date. The tanker market is clearly lagging in its role in the global economic recovery cycle and has been for some time now, but the duration the market will remain as such has been extensively tricky to forecast up to now. Nevertheless, there are signs that demand will pick up at some point during the year, curbing in turn tonnage lists and boosting freight earnings for owners. However, this process will likely emerge to be a gradual one, as the market is still currently severely wounded from the oversupply effect it has encountered”, Vamvakas concluded.
Nikos Roussanoglou, Hellenic Shipping News Worldwide

Is there Methanol in Maersk’s Madness?

Alternative Financing in the Shipping Industry