The decommissioning of a significant part of the tanker fleet is about to alleviate the current oversupply issues, as evidenced by the record-breaking pace of demolition activity this year. In its latest weekly report, Clarkson Platou Hellas commented that “with the end of an eventful week in Athens for the bi-annual Posidonia, Owners, Cash Buyers and other industry players were able to come together and discuss what has been an active first half of the year in the recycling market. With the main topic of discussion still being tanker units, it currently looks to be a record year for tanker recycling and many questions and discussions were being raised for this sector which should ensure the supply for these types of units to continue and interestingly, the topic of ‘green recycling’ was evident. 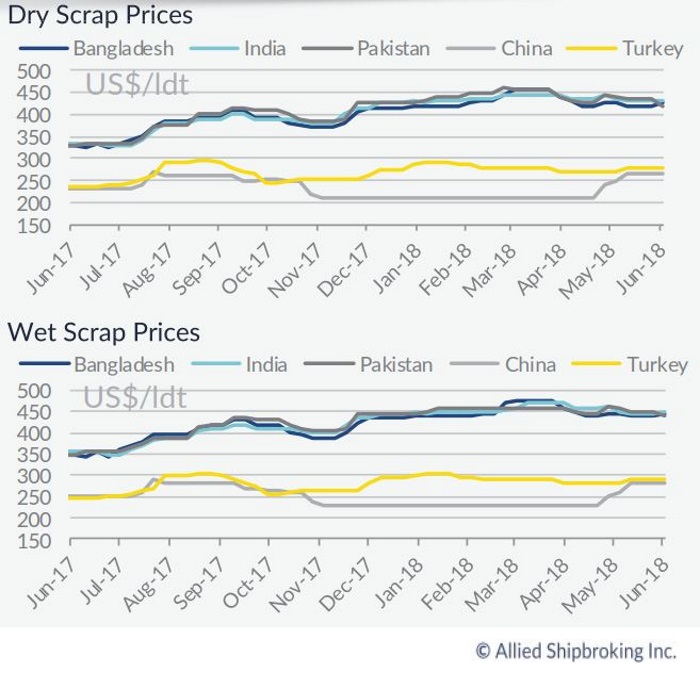 The market has remained stable again this week and some positive prices have even been witnessed with some potential rising sentiment returning. These prices can be further attributed to the increase in bunker prices and may entice more owners to consider leaving further bunkers on board for Buyers, knowing it could become more beneficial in the price received. Although there remains some uncertainty with another week of Ramadan (and Eid thereafter) still to commence, end of June will provide a better understanding of where the market actually lies and how the recyclers view the domestic markets. At present, the market appears to be simmering but the question is which way will we turn?”, wondered the shipbroker. 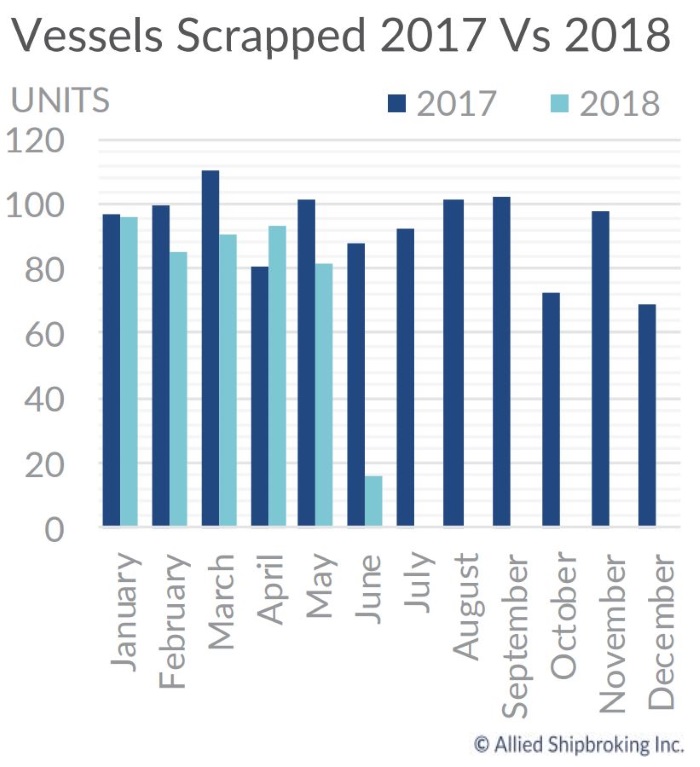 Meanwhile, in a separate note, Allied Shipbroking said that “the balance on the ship recycling side continues to show a relatively bullish face, with activity keeping fairly firm while quoted prices from cash buyers are still holding at relatively strong levels. We are still seeing a fair amount of volume being fed from the tanker side, while again this week we noted yet another VLCC being picked up. The Indian Sub-Continent has managed to upkeep its levels, while we have even managed to see some high spec units achieve relatively aggressive prices. It looks as though appetite is still there, despite being at the start of the monsoon season. At the same time, downward pressure has been felt from the negative track being seen on the foreign exchange front, with the US$ having gained considerable strength these past weeks. At the same time, there has been a fair amount of speculative buying that has taken place, largely in part due to the budget announcements that were taking place this past week. There is a fair amount of indication now that buying appetite will gradually start to subside over the coming days, though given the current market momentum being seen, it is likely that prices will continue to hold a fair amount of support for now”. 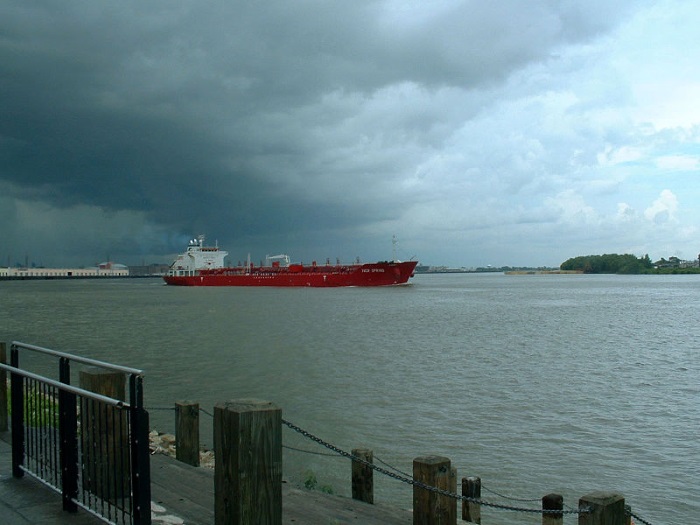 Similarly, the world’s leading cash buyer, GMS added that “with much of the shipping fraternity engaged in Posidonia festivities in Athens last week, in addition to the ongoing month of Ramadan and upcoming Eid celebrations in Turkey and the Indian sub-continent, activity and levels were expectedly more subdued this week. Despite that, at least two FSU sales did manage to register at firmer numbers, perhaps the result of some over exuberant celebrations during Posidonia. Meanwhile, after filling up their plots with over 10 VLCCs from various Cash Buyer hands, Pakistan has slumped alarmingly of late. A worrying currency depreciation to the tune of about 6% coupled with the imminent imposition of the 5% sales taxes announced during the recent budget, hint at a certain panic that seems destined to set into a previously bullish Gadani ship recycling sector and any further sales (especially those at numbers similar to the recently bullish levels) seem highly unlikely, at least in the near future.

Nevertheless, the Bangladeshi and Indian markets continue to impress with Chittagong buyers having awoken from their mid-summer lull and increasingly keen to acquire units once again, as the Indian market continues to dominate the market rankings with the firmest levels on offer. The overall rise in local steel plate prices in India has also seen Alang regain its position as the top placed sub-continent market – particularly for mid-sized specialist units such as reefers, LPGs and offshore untis, of which, there have been a number of fixtures of late. With the number of available candidates starting to dwindle, we anticipate it will likely be a quieter summer / monsoon period ahead for sub-continent yards, as the plethora of units sold so far this year starts to gradually be absorbed by the markets, ahead of an anticipated busier fourth quarter of the year”, GMS concluded.
Nikos Roussanoglou, Hellenic Shipping News Worldwide