Tankers: A Return to Normality or More Headwinds Moving Forward?

Tanker owners will have to answer a series of questions in order to determine future demand for their services, once the global economy returns to some sort of normality, after the lockdown measures adopted by dozens of countries worldwide. The hope will be that not too much structural change in oil consumption patterns, will have occurred.

In its latest weekly report, shipbroker Allied Shipbroking said that “in the midst of these troubling economic conditions, the tanker market has enjoyed a renewed tail wind in its sails. The brawl that spawned between Russia and Saudi Arabia in late March has as a consequence caused the complete opening of the “taps” by some of the largest oil producers in the world, with Saudi Arabia itself saying it would ship an astonishing 12.3m barrels a day in April”, said the shipbroker.

According to Allied’s Head of Research & Valuations, Mr. George Lazaridis, “this increased supply coupled with the fact that the COVID-19 pandemic has caused the world to stand still, inevitably led to the most dramatic plunge (more than 50%) in crude oil prices, with Brent closing below US$ 23 a barrel, a price level last seen back in 1999. With demand having been shattered and the world overflowing with all this cheap oil, crude oil tankers were quick to capitalize, with many traders looking to stock pile at these cheap levels, while some even taking up the option to hire large tankers for use as temporary storage, further boosting the freight market conditions in the favor of the owners. At play however we have troubles brewing under the surface”. 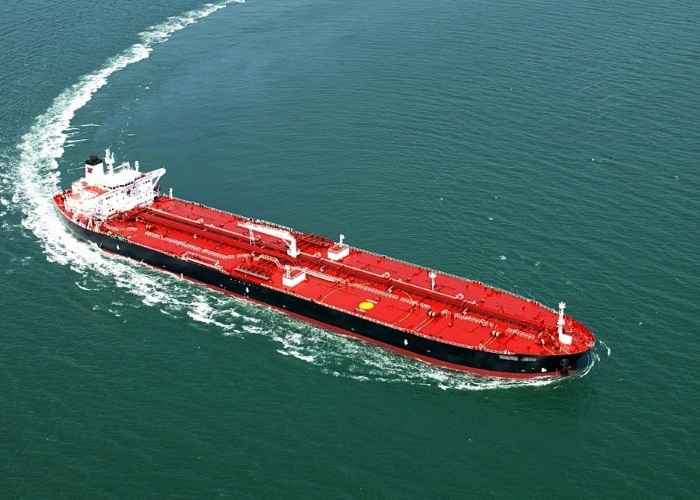 Lazaridis said that “attention may well have been placed on the increased oil production figures, but it’s the demand side of things that should be the main concern. World consumption has dropped dramatically, while even when looking at demand forecasts from a couple of months back the expectation was for an only modest rise in demand for 2020. The current slump in consumption is part of all the lockdown measures in place around the world as part of the wider effort to curb the COVID-19 pandemic, yet it could end up leaving a much bigger scar than what most anticipate”.

He added that “once the measures are taken back and consumers return back to “normality”, their spending patterns may well have forever changed. More people may be tasked to work remotely from here on out, companies may seek to shorten supply chains and look for greater reliance on local resources so as to avert future disruptions, while international travel could be curbed as people come to terms with alternatives and look to cut back on what may from now on be seen as unnecessary”. 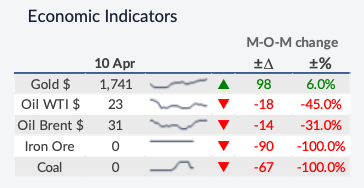 Allied’s analyst noted that “the market landscape for crude oil may well have shifted, while at the same time the wind fall for tankers may now be cut shorter than expected with OPEC and Russia now finally coming to an agreement on oil output cuts. An agreement was reached to cut back oil production by 9.7m barrels a day in May and June (equal to roughly 10% of global supply), after which the cuts would scale back to 7.7m barrels for the rest of the year and 5.8m barrels between January 2021 and April 2022. As impressive as these figures look at first sight they might end up not being enough to significantly shave off the supply glut, while they are surely enough to halt the freight market rally that took place for crude oil tankers these past few weeks”.

“What’s left for the tanker market to stay hopeful for moving forward is tough to call. Oil consumption is the only thing right now that could thwart any sharp decline in earnings. The hope is that not much structural change will have taken place in oil consumption and that once the world economy begins to reopen up after the pandemic, there will even be some increased splurge that could take place as most look to recuperate the losses made during the lockdown. It’s too early to tell how the pendulum will swing and a whole lot will eventually depend on duration. Let’s hope things return back to normality sooner rather than later”, Lazaridis concluded.
Nikos Roussanoglou, Hellenic Shipping News Worldwide

Previous: Overcapacity And Low Demand Growth Set The Tone In The 2010s
Next: Tanker Market Rates 24/04/2020