Despite a desire from Mexico to limit its exports until a full stop by 2023, while also eliminating product imports, it seems that the reality is different. In its latest weekly report, shipbroker Gibson said that “when Lopez Obrador was elected as the Mexican president, a key policy pledge of his election campaign was to rescue the country’s energy industry. At the time, Mexico’s domestic production was declining rapidly, down to 2.07 mbd by 2018 after peaking at 3.8 mbd in 2004. The focus was made on sovereignty and security, which effectively put an end to the privatization of the energy sector. Under Obrador, the decline in domestic crude production has slowed, while output could actually edge up in 2022/23 as Pemex has been investing to lift its crude output in the short term. Yet, many believe that in the longer term, international investment is needed to prevent the decline from mature fields”. 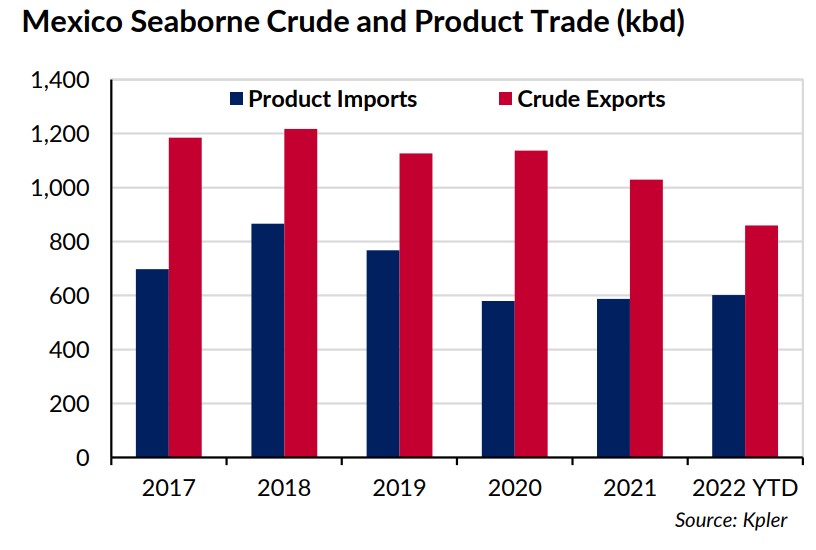 According to Gibson, “President Obrador also promised to build a grass roots domestic refinery. Indeed, construction started in 2019 on the new 340,000 b/d Dos Bocas plant. The scheduled completion date is in 2022, with the government expecting to start operations in 2023. However, some analysts doubt this is achievable due to technical/logistical delays and speculate that start-up dates could slip by 1-2 years. Another key component of the government’s strategy has been modernisation of the existing refineries. Mexico’s refining capacity is currently just over 1.6 mbd, but their refineries have been operating between 37% to 44% of their nameplate capacity since 2018 due to lack of maintenance and years of underinvestment. In May 2021, President Obrador announced an investment of $2.64 billion into a coking plant at Tula refinery, which will be able to process 140 kbd of fuel oil. The project is scheduled for completion in 2023”.

“Since 2020, changes in government energy policy have been seen, with the emphasis shifting to self-efficiency. To this end, Pemex recently completed an acquisition of the controlling interest in the 340,000 b/d Deer Park refinery in Houston jointly owned with Shell. Pemex is yet to confirm whether all products coming out of the refinery will be destined for the Mexican market; however, such a strategy will certainly be in line with the government’s self-sufficiency targets. In terms of refinery intake, Reuters reported that Pemex agreed to supply over 100 kbd of Maya crude into Deer Park; however, it also signed a long-term supply contract with Shell for 200 kbd, which suggests that refinery may not entirely operate on Mexican crude. Domestically, authorities have also openly stated their plans to restore Pemex’s dominance in the retail market, with the company offering discounts to wholesalers and retail owners trying to convince them to return to Pemex”, Gibson added. 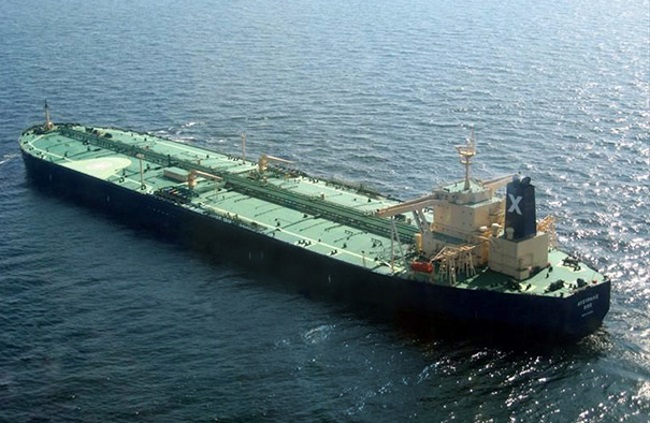 The shipbroker also mentioned that “this year, reports have emerged that Indian term contracts have been cut. Pemex has also announced that it plans to reduce crude exports to just 435 kbd in 2022 from around 1 mbd in 2021 and could stop exporting completely in 2023. The plan is in line with the government’s goal to eliminate seaborne product imports, which averaged 580 kbd in 2021. Although crude shipments into and product exports out of the Deer Park refinery appear to be counted as domestic movements; nonetheless, this suggests that Mexico’s crude and product seaborne trade is set to decline. The question is by how much?”

“On the face of it, the government targets are ambitious. Apart from technical and logistical challenges, Mexico needs to recover from the pandemic induced economic shock. Meanwhile, Dos Bocas refinery costs are already 40% over the original budget. In addition to the Dos Bocas and Deer Park refineries, Mexico also needs to increase runs at existing refineries to be able to meet its prepandemic demand levels of nearly 2 mbd. Further investment is needed, whilst Pemex already has the highest debt of any oil company. As such, although political will is clearly a major force at play here, the challenges faced may see Mexican crude exports and product imports declining slower than envisioned by the government”, Gibson concluded.
Nikos Roussanoglou, Hellenic Shipping News Worldwide