Tanker secondhand tonnage is quickly becoming a “hot” commodity in the market. In its latest weekly report, shipbroker Intermodal said that “after a series of months where the dry bulk sector was attracting most of the buying interest, tankers SnP activity spiked in the previous weeks. Over the last week, prevailing buying interest in the wet sector continued to grow with the spotlight being on modern MRs and vintage VLCCs. A total of 8 deals were reported in the MR segment, the vast majority of which were built in South Korea and were less than 5 years old up to Resales, while a couple of them were built in Japanese yards aging around 10 and 20 years, respectively. In the VLCC segment more than a handful of S&P transactions were recorded with most of them being built in South Korean yards and more than half fitted with scrubbers while the whole S&P realm consisted of vessels aged above15 years”.

According to Mr. Mohamed Rabie, Research Analyst with Intermodal, “in the newbuilding market, with regards to the VLCC segment, during Q12021, around 25 orders were placed whilst all of them were in Korean shipyards, the highest figure since Q2-2015 when circa 30 vessels were ordered, but VLCC earnings were hovering above $40k/day vs the current negative BDTI TCE for VLCCs. The closest Q1 contracting levels were seen during the first quarters of 2014, 2015 & 2019 when around 15-20 orders were placed. Compared to Q12020, the figure is around 4 times higher while it represents around 60.0% of the total annual placed orders during 2020. For reference the VLCC current orderbook accounts of approx. 96 vessels”. 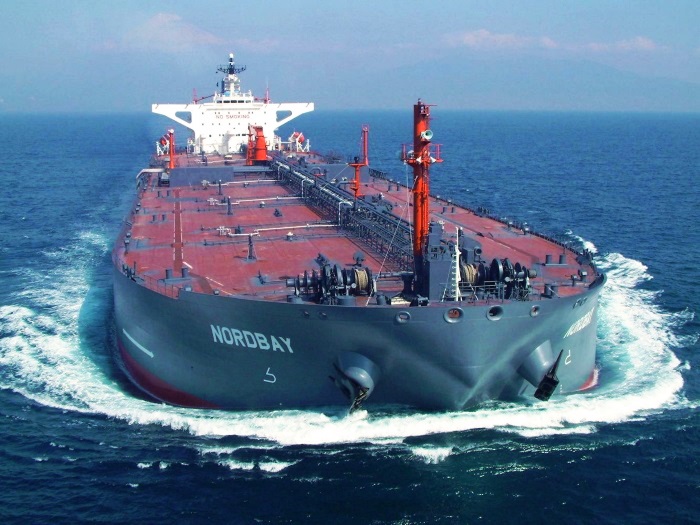 Mr. Rabie added that “VLCC orders placed during 2021 up to date, were contracted for account of Greek, Korean, Malaysian and US based buyers, with Greeks holding a proportion slightly less than half of the total. Out of the 8 different parties that put these orders, 3 of them having recently sold their vintage tonnage are aiming for a fleet renewal while a couple of them are aiming at expanding their fleet. What is more, the rest 3 parties with an orderbook corresponding to around 9 vessels are newcomers into this segment. Although owners of such tonnage are struggling to confront the current low rates, their choice either in expanding/renewing their fleet or even entering this segment, is in fact a vote of confidence to the crude oil market and proves their high expectations”.

“As for the other crude oil segments, new contracts have been relatively subdued compared to VLCCs and have come below the past 5 year average during Q1s. Regarding the MR segment, around 18 units were contracted, being the highest Q1 contracting figure since Q12014, when approx. the same number of orders was placed. Overall, as owners maintain a positive sentiment regarding the wet market and combined with an aging fleet, this tendency has led to an increased number of n/b orders by historical standards vs where the actual market stands, especially in the VLCC segment. However, tankers supply dynamics still look favorable over the next two years, as total orderbook as a % of the fleet continues to start at multiyear lows, with VLCCs orders below 10% of the fleet in dwt terms and below 9.0% for the rest of the crude segments”, Intermodal’s analyst concluded.
Nikos Roussanoglou, Hellenic Shipping News Worldwide