Tankers Could Face Headwinds in May

Tanker owners could be hit with lower demand for their vessels in a few weeks’ time. In its latest weekly report, shipbroker Intermodal said that “as everyone anticipated the results of the OPEC + G20 meeting last week, it was very interesting to watch the reaction of tanker rates that were in a bull run lately. Amidst an oversupplied oil market and expectations of production cuts and consequent oil price hikes, the large contango effect has made profitable several storage plays during the past couple of months, occupying a lot of ships as a result, while in addition to that, several countries decided (amid bottoming oil prices and the Coronavirus pandemic emergency) to increase to the maximum their strategic petroleum reserves (e.g. the US SPR already has 634 million barrels in storage vs. a total capacity of 713 million barrels)”.

Intermodal’s SnP broker, Mr. Ilias M. Lalaounis said that “key stakeholders in the industry created an additional hype by characterizing this meeting as one of the most important and historic events in the last two decades, creating expectations that any deal would lead to a further spike in short-term activity. There were of course also some less optimistic voices in the industry insisting that deal or no-deal the tanker market remained fundamentally weak in the long term, with the pandemic restrictive measures around the world already leading to a 25-35 million b/d or 30% decrease in demand. Following the end of the meeting, OPEC+ announced output cuts of 9.7m b/d for May and June, 8m b/d for the remainder of 2020 and 6 million b/d for the period January 2021-April 2022. The record cuts we are about to witness in the next couple of months are almost equal to 10% of global supply, while together with non-OPEC+ member cuts the figure could even reach the equivalent of 1/5 of global supply”. 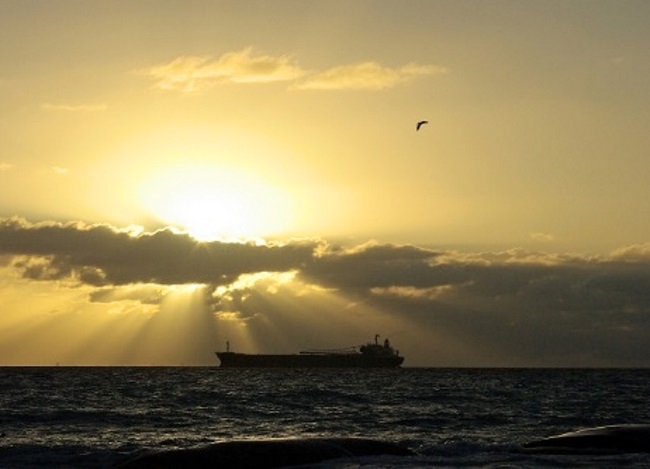 “This means that May onwards cargo loadings will definitely see significant declines and this will most likely have a negative impact on the tanker freight market. Because of this expectation, we could possibly see producing countries trying to pump out as much product as possible before the agreement enters into effect, which could offer some support to the tanker market before we reach May 1st”, Lalaounis said.

According to Intermodal’s broker, “looking further ahead and as “expecting the unexpected” is something everyone must have gotten used to by now, I’d say that there are a few possible scenarios in which neither the oil market dries up, nor prices manage to stabilize at much higher levels and push freights down. We have seen many times during previous output cuts that there have been some non-compliant members and we won’t be surprised to see certain producing countries eventually ramping up production above what was agreed this time as well”. 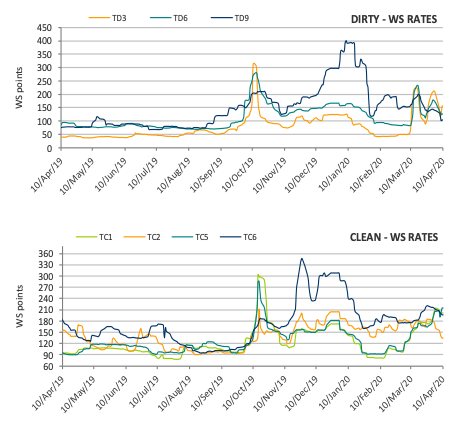 Lalaounis concluded that “not only would such a development restore part of the cargoes lost, but it would also cause great dissatisfaction to compliant members that would start losing market share due to non-compliance and this could eventually lead to a new price war as a result. In addition to that, global demand for oil will gradually begin to increase as countries around the world eventually start to exit the pandemic emergency state and return to normality, while let’s not forget the amount of tonnage that has been used for storage and will not be competing for business in the tanker market”.
Nikos Roussanoglou, Hellenic Shipping News Worldwide