Being willing and able to switch between petroleum and edible oil trades will become an ever more prudent business strategy among tanker owners said Gibson in its latest weekly report, pointing out that a flexible strategy could go a long way, towards securing a company’s profitability.

According to Gibson, “trade in edible oils forms a small part of the demand puzzle for MR product carriers and for this reason is often overlooked from a demand side perspective. However, whilst, only contributing around 2% of total MR cargo volumes, it remains important to understand how developments in this industry might impact the MR market. Palm oil forms the largest cargo group (for IMO3 MRs) within the vegoil sector and Indonesia and Malaysia account for 85% of global production. Both countries will consume more of their domestic palm production in 2020 for blending into to the diesel pool. In January, Indonesia mandated an increase in the biofuel content of diesel to 30% (B30), up from 20% last year. Malaysia doubled its biofuel blending mandate to 20% (B20) effective this year. In terms of production, Malaysian crude palm oil production in 2020 is expected to fall marginally from 2019, whilst Indonesian production is also expected to come in slightly lower. The countries exported 50 million tonnes in 2019”. 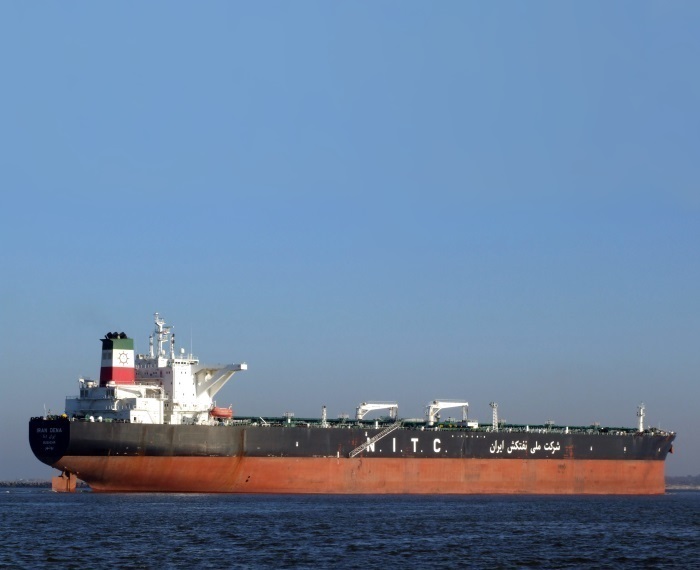 The shipbroker added that ‘due to the B30 mandate, Indonesia is expected to consume an extra 1 million tonnes of palm oil for domestic consumption in 2020, further reducing export activity. For Malaysia, B20 will also reduce the country’s capacity to export. Data suggests that in 2019, around 8 million tonnes of palm oil was shipped on IMO3 MRs. Given current developments it would be expected that this volume should decline in 2020. These volumes have become a good source of demand for newbuild MR carriers seeking to get West. However, with fewer cargo volumes expected in 2020, newbuild MRs may have to rely on conventional CPP trade. This may well have been inevitable in any case. With the European Union in the process of phasing out the use of palm oil in biofuels, imports into the region will without doubt come under pressure, impacting on long haul palm trade on MRs”. 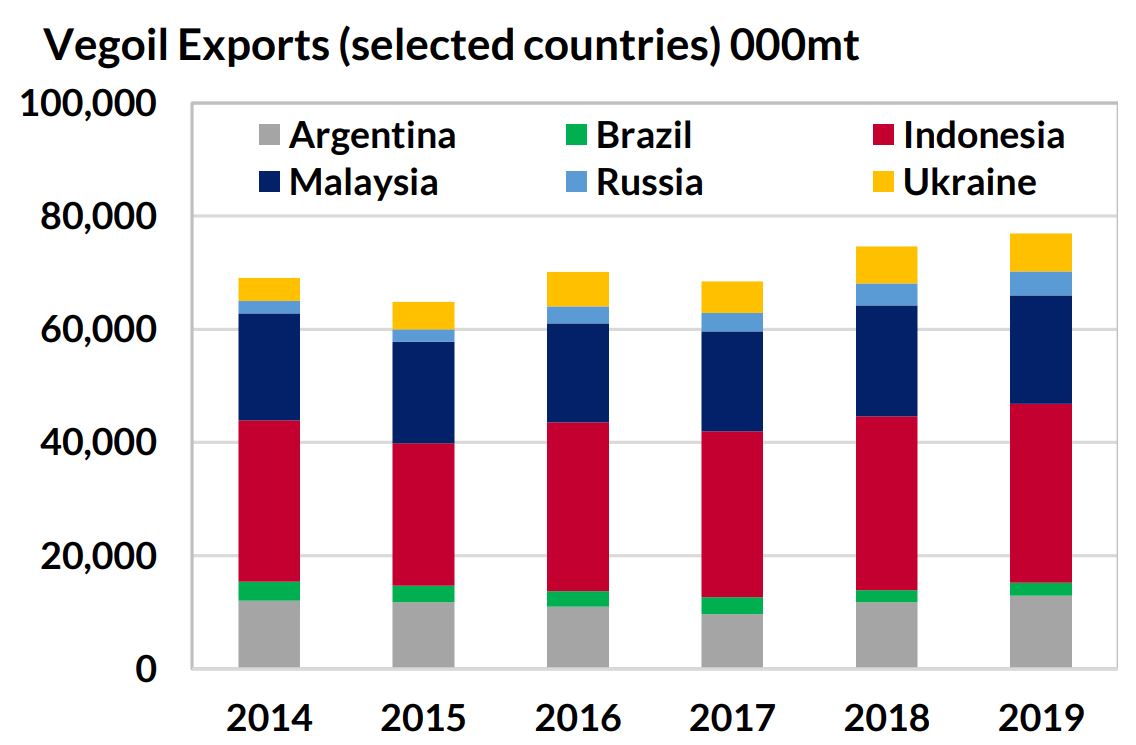 Gibson added that “outside of South East Asia, other key supply regions for edible oils focus on Latin America and the Black Sea. The second largest demand area is Latin America, most notably exports from Argentina. Vegoil exports from Latin America provide a good source of backhaul cargoes for IMO3 MRs seeking to triangulate out of South America having discharged petroleum products there. In 2019, 4 million tonnes of vegoils were exported on MRs from the region. For 2020, Argentinian soybean oil shipments are projected at 6 million tonnes, up 14% year on year, however export taxes may impact total volumes. Although Brazil expects to also see a stronger harvest, higher domestic demand is expected to eat into vegoil export volumes”.

“In the Black Sea, 2020 trade is expected to exceed 2019 volumes, with Ukraine and Russia collectively exporting in excess of 9.2 million tonnes (up 500,000 tonnes on 2019 levels). However, despite volumes looking set to increase, the region only exported 1.5 million tonnes of vegoils on MRs in 2019, meaning any marginal increases are likely to be insignificant. With the palm market looking tighter in 2020, more Black Sea vegoils should head to India and China. However, as with any commodity market right now, it is impossible to ignore the impact of coronavirus on demand. Chinese demand has of course already been heavily impacted, and India, as with any other country, could soon follow suit if the virus takes hold there. Longer term however, as the world population continues to grow, demand for both vegoils in the food industry and for biofuel/industrial use will see increased volumes. Being willing and able to switch between petroleum and edible oil trades will become an ever more prudent business strategy”, Gibson concluded.
Nikos Roussanoglou, Hellenic Shipping News Worldwide