Tankers For Newbuildings and Bulkers for Second Hand Acquisitions

Ship owners are looking for tankers when it comes to newbuilding investments, and bulkers when it comes to second hand ships. At least, this has been the main trend over the course of the past few weeks. In its latest weekly report, shipbroker Banchero Costa said that “Avin International of Greece has placed an order for 2 Suezmax tankers of around 158,000 dwt at Hyundai Heavy. Price level is around $64 mln including Tier III and Scrubber fitted for delivery early 2021. Two Suezmax options were declared by Kyklades Maritime at the same yard. On the Aframax/LR2 segment, Pantheon Tankers agreed 2+2 Aframax tankers at SWS for delivery during first half 2021. Price is region $45 mln. Same yard also signed LOI for newbuilding order from two John Fredriksen’s led Seatankers Management and Frontline for 2+2 115,000 dwt LR2 and 2+2 320,000 dwt VLCC tankers respectively. Prices were not immediately available but we understand these were region $46.5 for the LR2s and $84 mln for the VLCCs. Furthermore, Maersk Product Tankers declared 4 x 115,000 dwt LR2 options at Dalian Shipbuilding”. 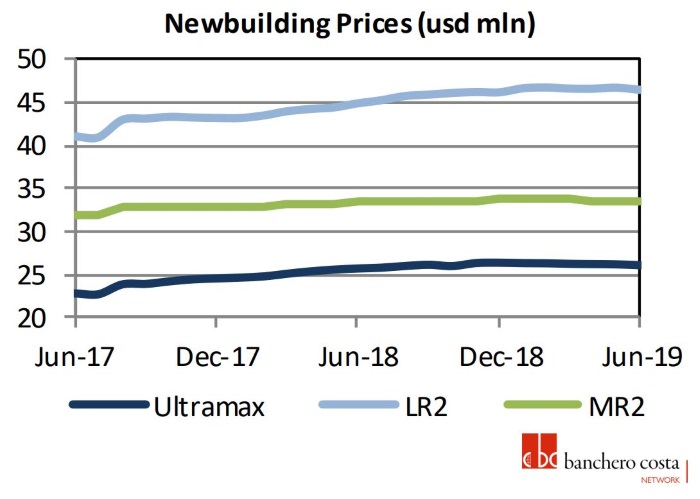 In a separate weekly report, Clarkson Platou Hellas said that “in tankers this week, clients of Alpha (Pantheon) have signed contracts with SWS for two firm plus two option 115k Aframax for delivery in 2021. Otherwise the focus of ordering has been in the ropax/ferry market with a number of orders to report. Norled announced orders for two 299pax/80 car ferries at domestic yard Westcon for delivery in first half 2021 – the vessels will be hydrogen powered. Sunstone added the 7th vessel to their orderbook of cruise expedition vessels at China Merchants – the first in the series is due to deliver later this year. Barreras Shipyard in Spain announced the declaration by Ritz-Carlton of a second 300pax luxury cruise vessel with delivery due in 2021”. 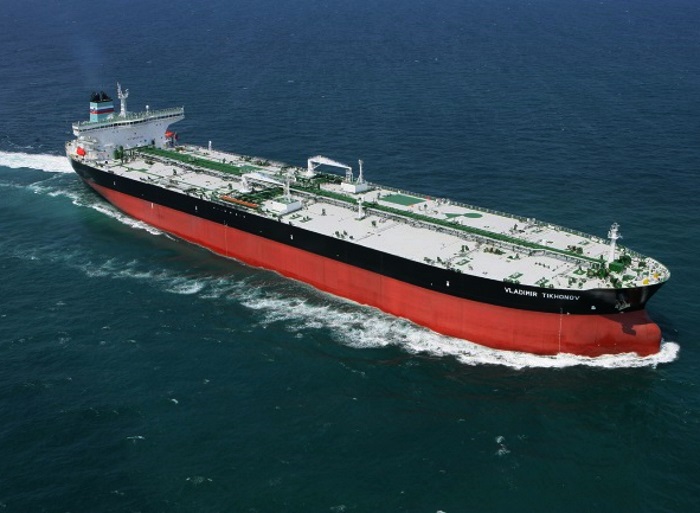 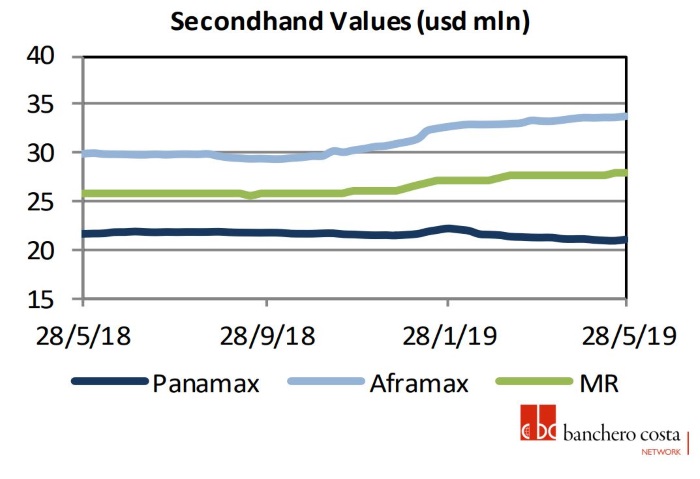 Meanwhile, in the second hand market, Banchero Costa said that “in the dry market, during the week it was reported that Star Bulk acquired all Delphin Shipping fleet (1 x Ultramax and 10 x Supramax). Deal was done at $139.5 mln via a combination of cash (around $80 mln) and shares. Cash portion will be financed by China Merchant Bank Leasing. Furthermore, one Kamsarmax “GRM Princess” (around 82k dwt built 2011 Tsuenshi Zhoushan) was sold to Greek buyers at $ 17.7 mln basis SS/DD due towards end of the year, and a Mitsui 56 “Darya Brahma” built 2009 was sold at $ 10.8 mln to Indonesian buyers. In the tanker market, movements were recorded both in the crude and product segment. Two modern Japanese Aframax “Maersk Jamnagar” and “Maersk Jeddah” around 105k dwt built 2011 Sumitomo were sold en bloc at $ 30.3 mln each to Greek Buyers. Last modern Japanese Aframax reported was the “Singapore River” around 114k dwt built 2009 Sasebo sold at $ 23.5 mln during last year. In the product segment, buying interest was focused on MR2. An IMO II MR (12 tanks) “Kastav” around 52k dwt built 2009 3 Maj went to Turkish buyers at $ 15.1 mln basis SS/DD due. In addition, it was reported that c.of Kassian are behind purchase of “Mariposa” around 50k dwt built 2010 Onomichi at $17,8 mln; two weeks ago “Leopard” around 47k dwt built 2010 Iwagi was done at $16 mln with T/C attached”, the shipbroker said. 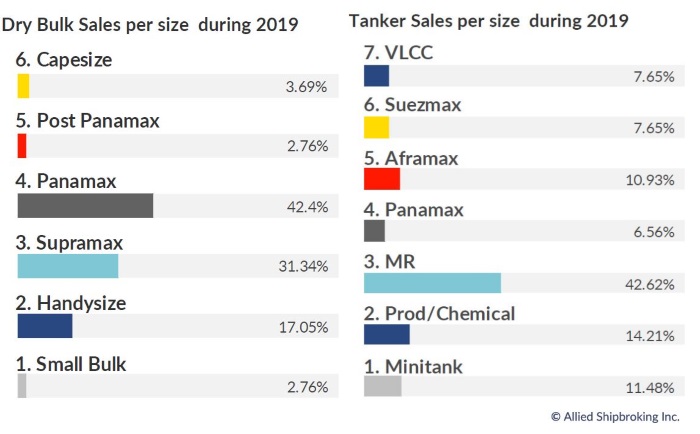 In a separate note, Allied Shipbroking added that “on the dry bulk side, an interesting week was due, with plenty of transactions coming to light during the same time frame. Inline somehow with the overall recovery mode that the market is seemingly under, an amazed volume of deals started to take shape, reversing the sluggish mood of the weeks prior. The highlight of the week was the massive en bloc deal from Star Bulk, which came as huge “breather” to the market right now. On the tanker side, for yet another week we have witnessed an overall boosted market, with many vessels changing hands the last couple of days. The trending here remains the same, MR size segment taking a leading role. Notwithstanding this, we see some sort of firm interest slowly creeping up for the larger size segments as well (mainly for Aframaxes). With buying appetite easily moving around different age and size regions, we can expect this positive trend to continue on for the time being”, Allied concluded”.
Nikos Roussanoglou, Hellenic Shipping News Worldwide