Tankers: It’s All About Demolition Activity In The Hunt For VLCCs’ Rebound

With a rebound proving to be elusive in the VLCC tanker segment, it seems that all prospects for the realization of such a recovery hinge on older units being sold for scrap. In its latest weekly report, shipbroker Gibson pointed out that “robust scrapping activity has been one of the key features of the tanker market this year. Demolition has been particularly strong in the VLCCs sector: we have seen 32 tankers sold to the breaking yards so far in 2018 versus 11 units over the whole of 2017. In addition, three former VLCCs (converted into FSOs and used for storage projects) were also sold for permanent removal. In part, the decision to scrap has been due to poor tanker returns, particularly during the 1st half of the year, with 24 units reported for sale between January and May. Higher scrap prices have also played a role, with values on the Indian subcontinent peaking during the 1st quarter of 2018 at their highest level in over three years, at around $460/ldt”, said the shipbroker. 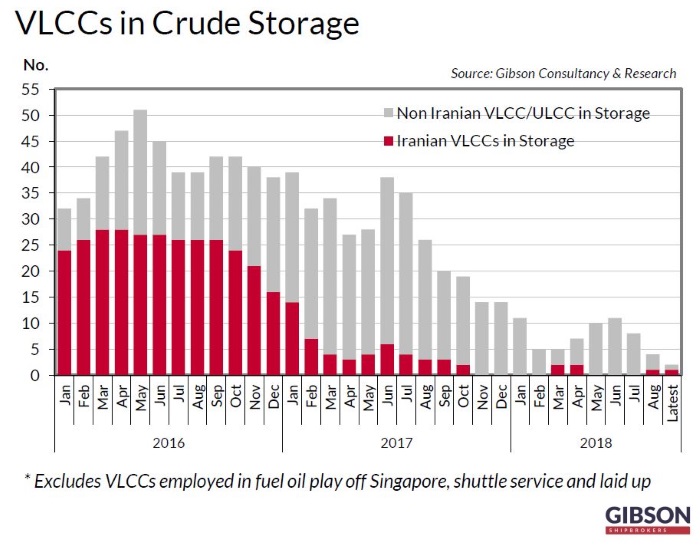 According to Gibson, “this is welcome news for owners, as tonnage oversupply is perhaps the main culprit for the weak sector performance. On paper, the number of VLCC removals this year exceeds new deliveries, with just 26 units entering trading between January and August. However, some of the tankers reported for demolition had been absent from the trading market for quite some time, while for many others trading opportunities were limited. Out of those scrapped, four VLCCs were on storage duties throughout 2017, while over a dozen of other vessels were also involved in some sort of temporary storage, typically lasting somewhere between 2 to 6 months at a time. The total number of VLCCs in crude floating storage has declined dramatically this year. At present, we are seeing just two VLCCs engaged in crude storage, versus on average 27 VLCCs per month in 2017. The majority of the ships that were previously storing have resumed trading, while others have been sent to the demolition yards, as detailed above”, said the London-based shipbroker.

“Finally, there are also a few that, after being discharged from floating storage duties, continue sitting idle, without any visible trading activity in sight. These units are mainly of vintage age and could be under pressure to exit the market for good. Overall, there are plenty of ageing ladies – over 55 vessels in the existing VLCC fleet were built in 2000 or earlier. Due to their age profile, low industry returns and limited trading opportunities, these tankers are the most vulnerable to demolition pressure in a run up to 2020. We could also see some younger Iranian tankers returning into floating storage after the US reimposes sanctions, although these ships at present cannot compete for international cargoes”, Gibson noted. 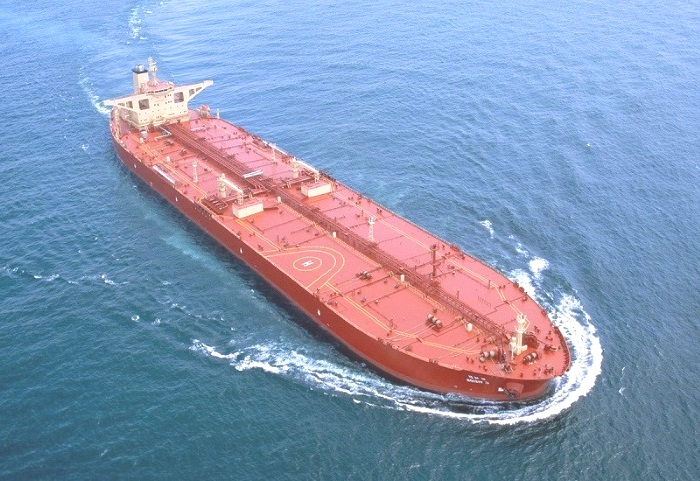 Concluding its analysis, Gibson said that “to sum up, the pool of potential candidates to exit trading operations in the short term is substantial. Yet, we should not forget that we still have nearly 25 VLCCs scheduled for delivery this year and another 60 over the course of 2019. The above maths suggest that the growth in the VLCC fleet could be restricted over the next twelve to sixteen months, if the demolition activity remains robust. Will this be the case? In many ways, the answer to that lies with the owners’ expectations of how the market will fare over the coming months”, the shipbroker concluded. 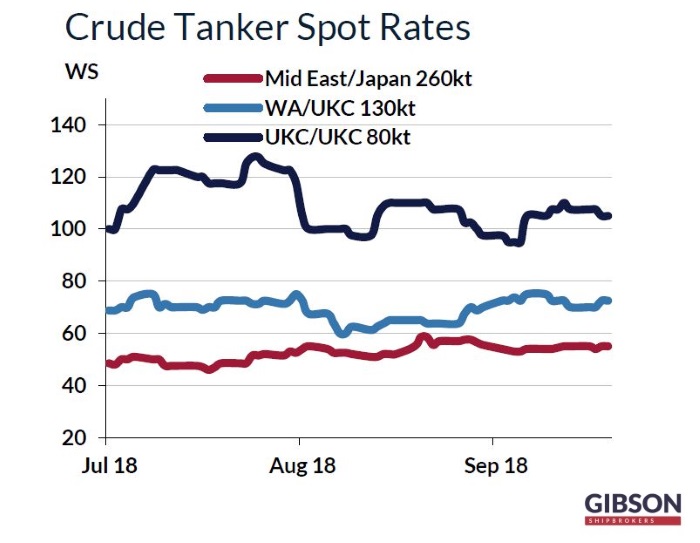 Meanwhile, in the crude tanker market this week, Gibson said that “very little VLCC rate movement week on week, but there was sufficient volume seen to allow Owners just a little more hope than of late, and the top end of the range edged up to ws 57.5+ to the East accordingly, with rates to the West remaining in the low ws 20’s. Availability remains ‘easy’, however, and a push for any significant improvement will be more of a challenge and with a widespread Holiday in the Far East to disrupt the Monday flow too. Suezmaxes only found modest attention that merely led rates along a low and flat path – again. Down to 130,000mt by ws 77.5 to the East and to ws 24 to the West for now, and likely through next week too. Aframaxes remained at no better than 80,000mt by ws 110 to Singapore and the steady, but unspectacular, scene is likely to remain in situ for the next phase also”, the shipbroker noted.
Nikos Roussanoglou, Hellenic Shipping News Worldwide

Previous: Weakening Turkish lira and tariffs from US to have limited impact on global shipping demand
Next: Tanker Market Rates 24/09/2018