With the next OPEC meeting soon underway, tanker owners are looking for the next oil market’s direction. In its latest weekly report, shipbroker Gibson said that “in just a few weeks’ time OPEC and its allies will meet again to discuss the oil markets. Analysts are mixed on what the decision will be, with the next few weeks having the potential to influence OPEC’s final decision. At this stage it would seem likely that the current agreement, which expires in March 2020, will be maintained. However, several events taking place over the coming weeks could influence the decision-making process”.

According to the shipbroker, “pricing signals will of course be key. With the meeting taking place on the 5-6 December and Aramco’s IPO in early December, Saudi Arabia will be keen to see stability in oil prices. If oil prices begin to slide in the weeks approaching the meeting, then the rhetoric may well shift towards deeper cuts or stricter compliance. Likewise, any progress (or lack of) with regards to trade talks between the US and China will be pivotal. A major breakthrough could of course see demand expectations revisited upwards, giving the cartel and its partners confidence to stay the course; equally, the lack of progress will only add further downwards pressure on prices. The possibility of a Trump-Xi meeting just days before the OPEC conference creates additional uncertainty”. 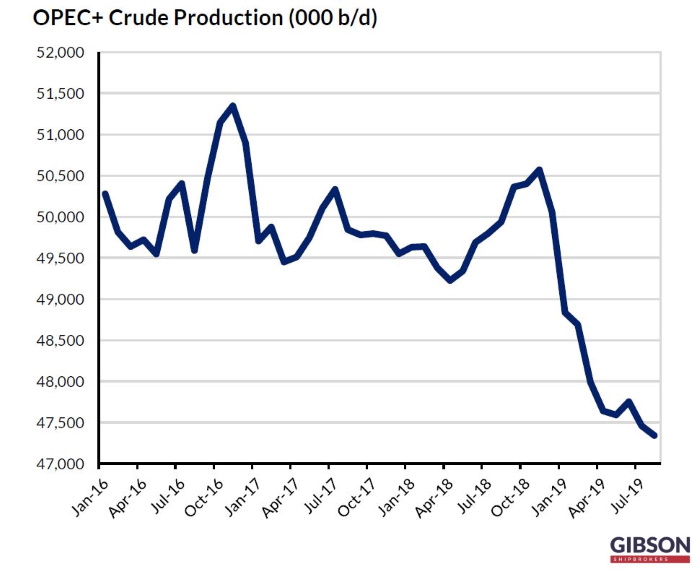 The shipbroker added that “eyes will of course be heavily focused on US crude production and exports. The market expectations for US output have been pared back over the course of the year, although the latest forecast from the EIA is still expecting growth of 1 million b/d for 2020 despite the ongoing decline in US rig count. On the face of it, this may give OPEC+ confidence to maintain output. However, the group also must consider output increases from other countries such as Brazil, Norway and Guyana, which contribute 800,000 b/d collectively. All in all, without any OPEC cuts, global crude production growth is expected to average 1.8 million b/d. Unless any major outages occur, US production growth stalls, or demand surprises significantly to the upside, OPEC will surely have to act eventually. OPEC’s decision may also be influenced by the pending IMO2020 regulations, with the group waiting to see the impact on demand, refining margins and crude prices before making a premature decision”. 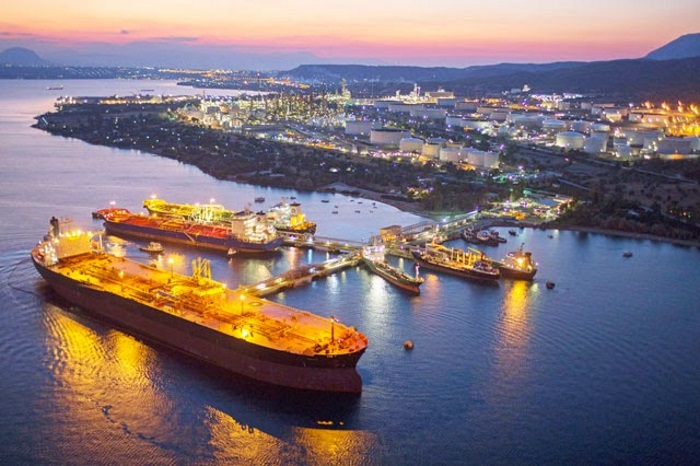 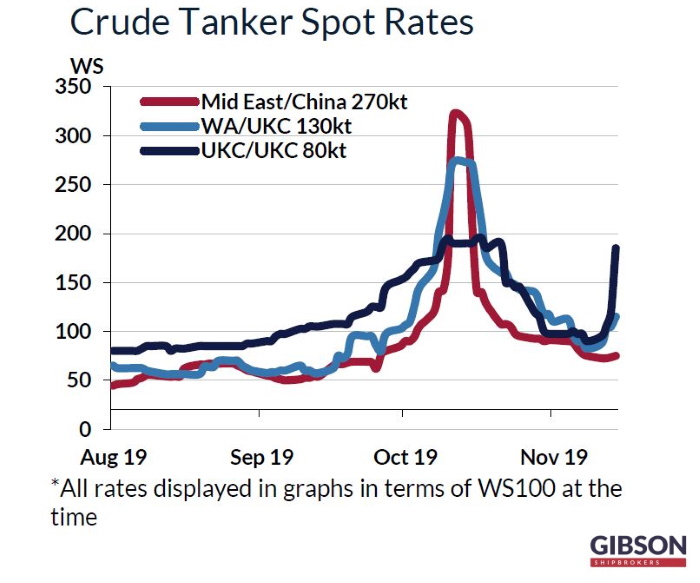 Meanwhile, “for the tanker market OPEC cuts always tend to strike fear into the Owner’s hearts, however, all things being equal the oil market has to find a balance. Cuts from OPEC Middle East producers should be more welcome than a slowdown in production from the US, which is the only other real ‘swing’ producer. OPEC may have abandoned it’s market share strategy in 2017 in favour of one which supports prices and may well stick to this approach for the foreseeable future. The future of OPEC may also be in question. Ecuador will leave at the end of 2019, just 12 months after Qatar’s withdrawal, further reducing the group’s control on global oil output. And whilst Brazilian President Jair Bolsonaro suggested earlier this month that he would like to join OPEC, such a move is considered unlikely, given Brazil’s desire to expand production. And their lies the group’s core issue, how to grow production and maintain prices in a mutually acceptable range, whilst also tackling slower longer-term demand growth…”, the shipbroker concluded.
Nikos Roussanoglou, Hellenic Shipping News Worldwide