The market for tankers is expected to trend higher moving forward, according to experts. In its latest weekly report, shipbroker Intermodal said that “this year’s tanker S&P activity keeps edging higher compared to the same period in 2018. Year to date we have seen some 143 ships, ranging from MRs to VLs, changing hands, an increase of around 21% compared to the same period last year. After a strong start in the first quarter, the freight market went through a significant softening particularly in the case of the crude carriers while the smaller/clean sizes performed significantly better. Overall sentiment remains bullish for the rest of the year, both in terms of freights as well as asset values. On the chartering side we see owners having high ideas for long term period charters and on the S&P front we see most ships being sold at a premium over last done”, Intermodal said. 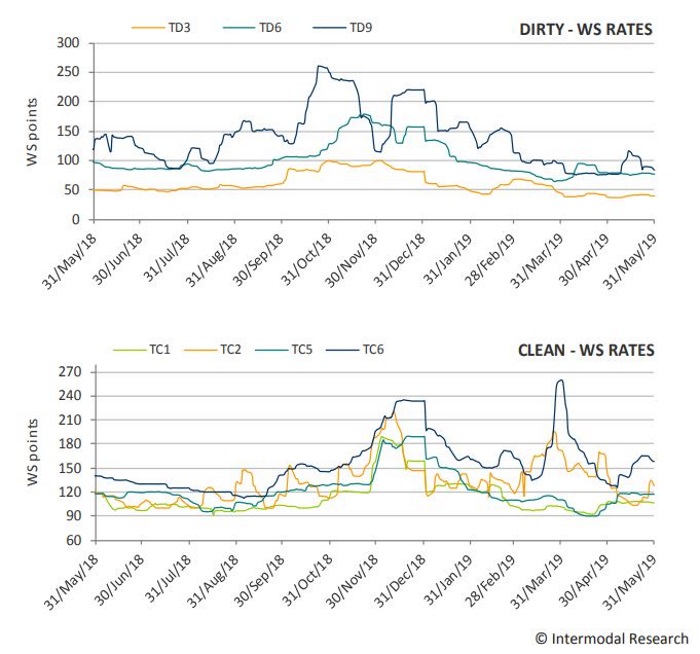 According to Mr. Ilias M. Lalaounis, SnP Broker with Intermodal, “firm interest can be observed in the MR tanker segment, with a lot of ships changing hands during the past couple of months. Recently, we had the sale of MT High Sun (Hyundai Vinashin 50k 2014) for $28.7m to Ditas from Turkey; a firm price compared to the March reported sale of the same age/quality Korean built MRs that Glencore sold to JP Morgan for $27.5m (MT Alpine Mary & Alpine Maria, SPP 50k 2014). On the 10-year old ships, after the sales of the MT Unique Explorer (Onomichi 50k 2010) that was sold to Palonji Shipping from India for $17.5m and the Japanese owned MT Fidelity II (Iwagi 47k 2011) that was sold for $18.25m to Maersk Tankers last month, we see a handful of buyers that are looking for similar units and willing to go the extra mile to put their hands on fresh tonnage”. 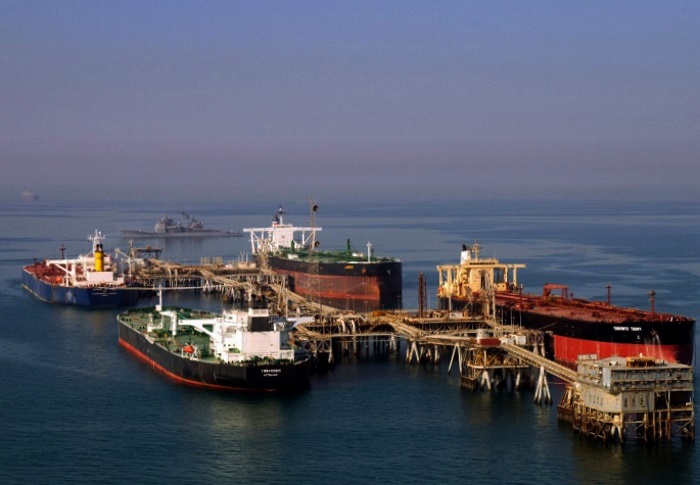 He added that “hence we expect the bullish buyers to remain active and asset values to move further north as a result. On the Japanese 15 year old pumproom ships with surveys due, we also had the sales of the MT High Power (Naikai 47k 2004) and the MT Uacc Strait (Shin Kurushima 46k 2004) for $8.6m and $8.75m respectively and expect to see more vessels being sold soon. Finally we note that Sinokor’s Korean deepwell ships, the MT Security and the MT Tenacity (Hyundai 47k 2004) were sold for $9.75m basis surveys passed”.

Lalaounis added that “regarding Aframax and VLCCs, what depicts the bullish sentiment in today’s S&P market is the lack of 10 year old or younger quality tonnage available for sale with several buyers waiting to compete over the next candidate. We note the sale of the MT Maersk Jeddah and the MT Maersk Jamnagar (Sumitomo 105k 2011) committed at a firm price of $30.3m each, potentially to Greek buyers whose main interest is in the dry bulk shipping market. The auction of the MT Brightoil Lion (Tsuneishi 107k 2010) and the MT Brightoil Grace (Hyundai 320k 2013) that were recently under the hammer also drew a lot of attention. What is noticeable is that although auction sales usually attract interest due to the nature of the sale being distressed, several large tanker owners offered healthy prices, with the VLCC being sold for $61.5m, while 10 parties offered on the Aframax that is rumored sold at region $26m. All in all, activity is high, sentiment remains bullish and many owners argue that the healthy SnP market we experienced in 2019 is just the beginning of the so called “IMO Story” that has started to play out and will come in full effect coming into Q4 2019”, Intermodal’s analyst concluded.
Nikos Roussanoglou, Hellenic Shipping News Worldwide