Ship owners turned to tanker ordering over the course of the past week. In its latest weekly report, shipbroker Allied Shipbroking said that “it was a week in which tankers attracted all of the attention in the newbuilding market, after a prolong period of relative absence, while the dry bulk market remained quiet. In particular, we witnessed just one new order being reported in the dry bulk market last week, with an order for two Kamsarmaxes being placed from Hong-Kong based interests. The sector’s freight market remains robust, with fundamentals relatively healthy, but it seems that most potential buyers have taken a step back as of late. The increased interest that was noted in previous weeks seems to have only partially materialized over into actual transactions. We expect appetite to start revving up slightly during the final quarter of the year, but without noting any impressive numbers comparatively to what we had seen in the past. In contrast, it was a very interesting week for the tanker sector. A fair surprise, given the still holding downward pressure being noted in the freight market. Last week, two new orders for VLCCs and three Suezmax orders came to light, increasing the tanker orderbook by 10 units. An anticipated recovery of the freight market may well be behind this recent trend, though it seems hard to be sustained in the near-term given the prevailing freight market conditions”, Allied said. 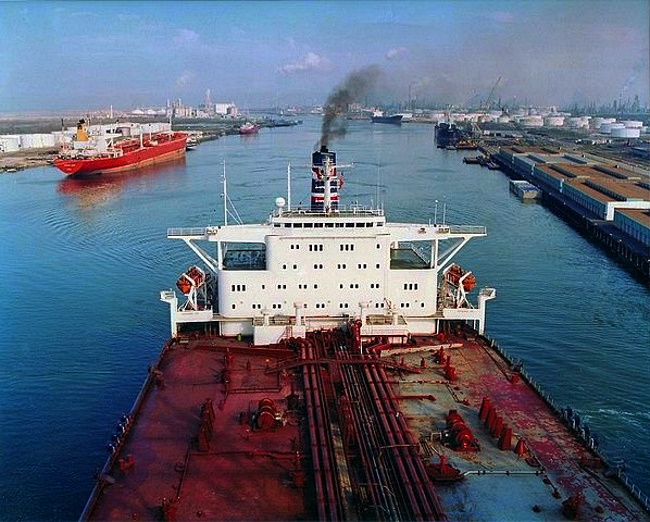 According to Banchero Costa, “most of the newbuilding activity was focused on the tanker segment: a strong appetite for new units was recorded from Greek owners, mainly pushed by competitive prices. Kyklades Maritime signed 2 x VLCC from Hyundai to be delivered during Q1 of 2022, options are said to be attached for two more. The duo will be scrubber fitted and the price reported was around $91 mln apiece. Back in May, we reported an order from Capital Mare Inc. for 2 x VLCC units with delivery in 2022 from Hyundai. It seemed that owners increased their commitments to 4 units and the price was in line with earlier 2 units (i.e. $89 mln): however around $6 mln to be added on top to the cost due to high specs. Vessels to be delivered end 2022- beginning 2023. Always in South Korea, Samsung received an order from Pantheon Tankers for 2 + 2 Suezmax units: deliveries are set for 1st half of 2022, vessels will not be scrubber fitted and the price rumoured was around $ 55 mln each”, Banchero Costa said. 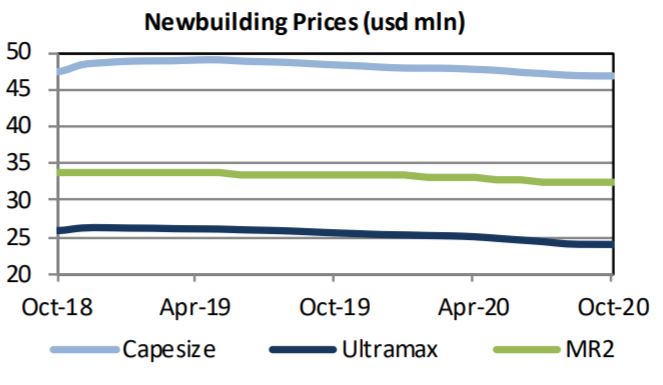 Meanwhile, in the S&P market, Allied said that “on the dry bulk side, another week of good momentum in the SnP market, with a relatively robust flow of transactions taking place. At this point, we are seeing a rather well and balanced distribution in buying appetite, despite the different momentum noted freight rates across the main size segments. The Capesize market seems to be very active, inline somehow with the strong freight performance noted of late. In medium size segments, we may see a slight slowdown take shape, especially if their respective freight rates stagnate. On the tankers side, a sharp shift in the recent trend was noted, with a good number of units changing hands. The presence of the VLCC segment was relatively strong, despite the uninspiring earnings being seen for a while now. Given the firm boost in noted in the Aframax size, we are now amidst much better momentum. All-in-all, if we start seeing a reverse in freight markets, we could expect a much more vivid market to take shape during the final quarter of the year”. 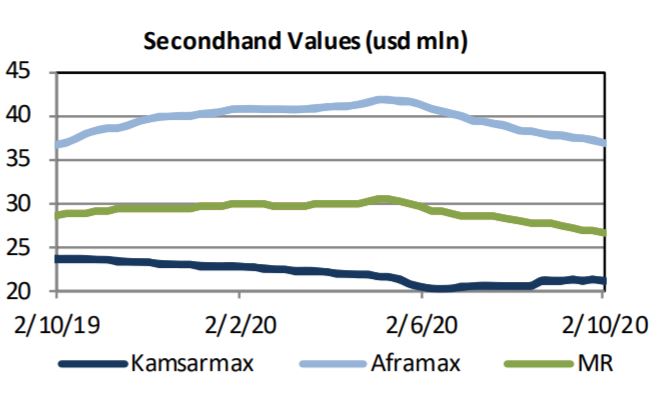 Previous: INTERCARGO: “2020 Is the Most Challenging Year in Decades”
Next: IMF urges infrastructure investment to boost post-COVID growth