Tankers: What About Long-Term Demand?

The tanker market is looking towards the oil demand and supply for future direction. In its latest weekly report, shipbroker Gibson said that “the IEA has recently released its long-term view of the energy markets. The agency presented different scenarios and cautioned that its outlook does not provide a forecast of what will happen; instead it offers several scenarios that explore different possible futures, depending on certain assumptions at government, industry and consumer level. The central case, referred to as the Stated Policies Scenario, incorporates today’s specific policy announcements; however, it does not include future policies that are needed to be fully aligned with the Paris Agreement”. 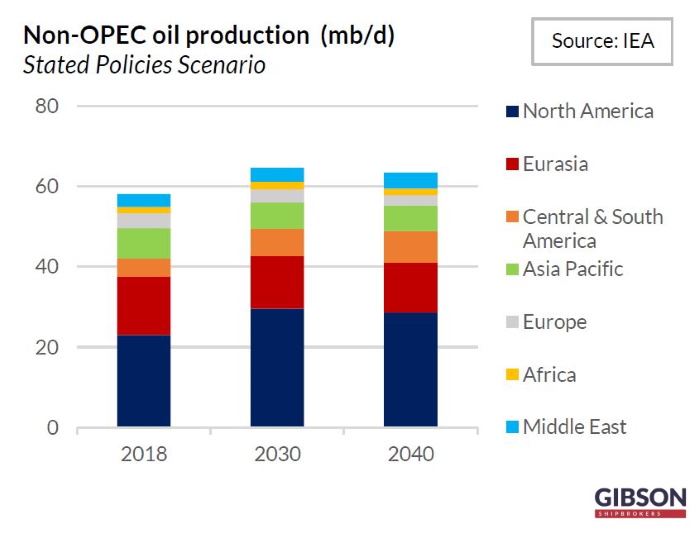 According to Gibson, “in this scenario, the IEA expects global oil demand to grow at a healthy rate of around 1 million b/d per annum through to 2025; however, the gains in consumption are expected to slow down dramatically thereafter, with just marginal growth projected beyond 2030, up by 0.1 million per annum through to 2040. Global gasoline demand will continue to grow modestly over the next decade but beyond 2030 it is anticipated to decline, down by 2 million b/d by 2040. Demand for diesel will see stronger growth through to 2025 but it is likely to remain virtually flat thereafter. Bigger gains are expected in demand for naphtha and jet fuel both in the medium and long term, driven by demand from the petrochemical and the aviation sectors. The IEA also expects stark differences to emerge in regional oil demand patterns. Demand in the advanced economies in North America, Europe and OECD Asia is expected to decline notably over the forecast period, while consumption in developing countries will continue to grow, although growth rates in some key countries also will slow down dramatically. In the long term, the biggest source of demand growth will be in the Middle East and India, with the expansion of the petrochemical sector in the Middle East fuelling regional consumption. In contrast, demand in China is likely to plateau in the 2030s, largely due to the widespread adoption of electric cars”. 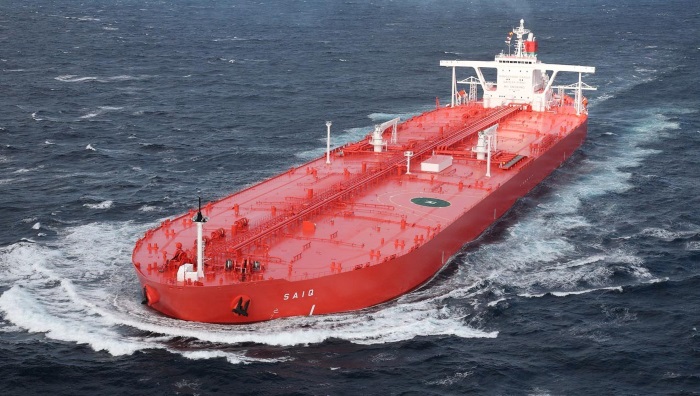 The shipbroker said that “on the supply side, the IEA revised up its outlook for tight oil production in the US, despite concerns about slowing growth in output and the ongoing decline in rig count. By 2030, total US oil production is expected to reach 21.7 million b/d, up by 6.2 million b/d from 2018 levels. Gains are also expected in Brazil and Guyana. Beyond 2030, US output is likely to decline, but this will be largely offset by further increases in Latin America. Elsewhere, non-OPEC oil supply in Europe, Eurasia and Asia Pacific is anticipated to fall by 4.4 million b/d between 2018 and 2024”.

Gibson added that “major changes in the global refining industry are also expected. Some 15 million b/d of new refining capacity is projected to come online by 2040, mainly in Asia and in the Middle East, while refining runs in these two regions are anticipated to increase by over 10 million b/d, intensifying pressure on older plants to remain competitive. Most notably, refining runs in Europe could decline by 1.7 million b/d over the forecast period. In contrast, the combination of rising refining capacity and declining production in Asia is likely to translate into a substantial 10 million b/d increase in regional crude imports over the forecast period. These import requirements are expected to be met increasingly long haul from North and South America, although crude trade from the Middle East is likely to remain remarkably stable, in part due to the ongoing trend of Middle East producers investing in the upstream assets in Asia”. 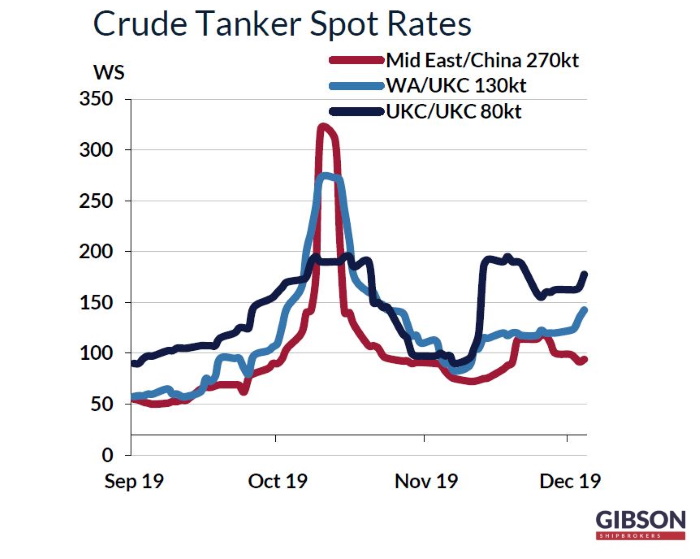 The shipbroker concluded that “all in all, the latest IEA long term report suggests that the global oil markets are likely to be transformed over the next two decades, if all of the announced government policies are implemented. Yet, despite an anticipated dramatic decline in world oil demand growth, the picture is the opposite for crude tanker trade, with robust growth in tonne miles expected both in the medium and long term”.
Nikos Roussanoglou, Hellenic Shipping News Worldwide