Teekay Corporation (Teekay or the Company) (NYSE:TK) yesterday reported the Company’s results for the fourth quarter and fiscal year 2017. These results include the Company’s two publicly-listed consolidated subsidiaries Teekay LNG Partners L.P. (Teekay LNG) (NYSE:TGP) and Teekay Tankers Ltd. (Teekay Tankers) (NYSE:TNK) and one equity accounted investment in publicly-listed Teekay Offshore Partners L.P. (Teekay Offshore) (NYSE:TOO) (collectively, the Daughter Entities), and all remaining subsidiaries of the Company. The Company, together with its subsidiaries other than the Daughter Entities, is referred to in this release as Teekay Parent. Please refer to the fourth quarter and annual 2017 earnings releases of Teekay LNG, Teekay Tankers and Teekay Offshore, which are available on the Company’s website at www.teekay.com, for additional information on their respective results.

(2) Total cash flow from vessel operations has reduced in the fourth quarter of 2017 primarily as a result of the deconsolidation of Teekay Offshore on September 25, 2017, which Teekay now accounts for using the equity method. 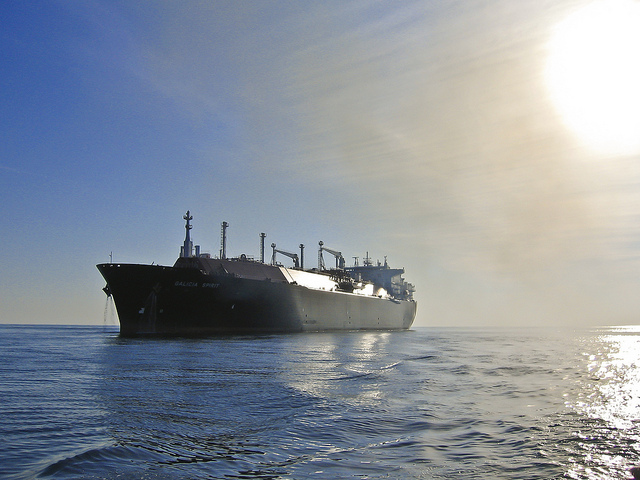 “On a consolidated basis, Teekay’s financial results improved in the fourth quarter of 2017 compared to the third quarter of 2017 primarily driven by increased cash flows from Teekay Parent’s FPSO units, the delivery of several offshore and LNG projects at Teekay Offshore and Teekay LNG, and higher tanker rates,” commented Kenneth Hvid, Teekay’s President and Chief Executive Officer. “We anticipate that Teekay’s results should continue to benefit as our remaining offshore and LNG projects deliver over the next few years.”

Mr. Hvid continued, “With the U.S. capital markets opening the year strongly, coupled with the positive sentiment in the broader energy markets, we made what we believe to be a prudent move to further strengthen Teekay Parent’s balance sheet. In January 2018, we completed a convertible bond offering and concurrent equity offering, raising total gross proceeds of $222.5 million, which provides us with financial flexibility and optionality, with current total liquidity of over $500 million.”

“We believe the Teekay Group is at a positive inflection point,” commented Mr. Hvid. “Over the past couple of years, we have taken steps to strengthen the financial foundation of each of our companies and we are now starting to move from an execution phase, to one where we are now primarily focused on operating and growing our cash flows. The Teekay Group has taken delivery of 12 vessels over the past 12 months with more to come through 2020. Importantly, due to the contracted nature of these projects, each vessel is expected to provide incremental cash flow growth upon its delivery, totaling approximately $450 million in annual operating cash flow between Teekay LNG and Teekay Offshore. In addition, we continue to see signs of an energy market recovery in our LNG, offshore and crude oil tanker businesses. With stronger balance sheets, market-leading positions and strong operational platforms, we believe that each of our businesses is well-positioned to benefit from an energy market recovery.”

The Company’s consolidated results during the quarter ended December 31, 2017, compared to the same period of the prior year, were positively impacted primarily by higher cash flows from the Banff and Hummingbird Spirit FPSO units due to the commencement of oil price-linked production tariffs in those charter contracts on August 1, 2017 and October 1, 2017, respectively; higher income and cash flows from Teekay LNG as a result of the deliveries of three MEGI LNG carrier newbuildings in 2017 and the recognition of prepaid lease payments received from IM Skaugen SE (Skaugen) in prior periods; and higher income and cash flows from Teekay Offshore primarily from the contract start-up of the Randgrid FSO and the Pioneiro de Libra FPSO in the fourth quarter of 2017.

Teekay Parent GPCO Cash Flow, which includes distributions and dividends paid to Teekay Parent from Teekay’s Daughter Entities in the following quarter, less Teekay Parent’s corporate general and administrative expenses, was $2.7 million for the quarter ended December 31, 2017, compared to $3.8 million for the same period of the prior year. This decrease was primarily due to a reduction in cash distributions from Teekay Offshore as a result of the recent strategic partnership with Brookfield, partially offset by an increase in the cash dividends received from Teekay Tankers due to an increase in the number of Teekay Tankers shares owned by Teekay Parent as a result of the strategic merger between Teekay Tankers and TIL, which closed on November 27, 2017, and open market purchases of Teekay Tankers Class A common stock in December 2017.

Teekay Parent OPCO Cash Flow, which includes cash flow attributable to assets directly-owned by, or chartered-in to, Teekay Parent, net of interest expense and dry-dock expenditures, improved to negative $3.4 million for the three months ended December 31, 2017, from negative $8.0 million for the same period of the prior year. This increase was primarily due to higher revenues from the Banff and Hummingbird Spirit FPSO units due to contractual production tariffs linked to oil prices commencing on August 1, 2017 and October 1, 2017, respectively, and the commencement of charter contracts for the Polar Spirit and Arctic Spirit LNG carriers, which are in-chartered from Teekay LNG until April 2018, in the second quarter and third quarter of 2017, respectively, partially offset by no interest income earned for the three months ended December 31, 2017 on a $200 million loan to Teekay Offshore which Teekay Parent sold to Brookfield in the third quarter of 2017.

Teekay LNG’s results increased during the quarter ended December 31, 2017, compared to the same period of the prior year, primarily due to the deliveries of three MEGI LNG carrier newbuildings, which immediately commenced their respective charter contracts in 2017, the deliveries of two mid-size LPG carriers in Teekay LNG’s 50 percent-owned joint venture with Exmar in 2017, the delivery of one LNG carrier in one of Teekay LNG’s 30-percent-owned joint ventures, and the recognition of prepaid lease payments received from Skaugen in prior periods, which were previously deferred and then recognized in the fourth quarter of 2017 upon the termination of the charter contracts for five LPG carriers on charter with Skaugen. These increases were partially offset by, among other things, the sale of a conventional tanker in 2017, lower revenues from two conventional tankers due to lower charter rates upon the expiration of their fixed-rate charter contracts in 2017, and lower revenues from Teekay LNG’s 50 percent-owned joint venture with Exmar due to lower spot LPG rates. Please refer to Teekay LNG’s fourth quarter and annual 2017 earnings release for additional information on the financial results for this entity. 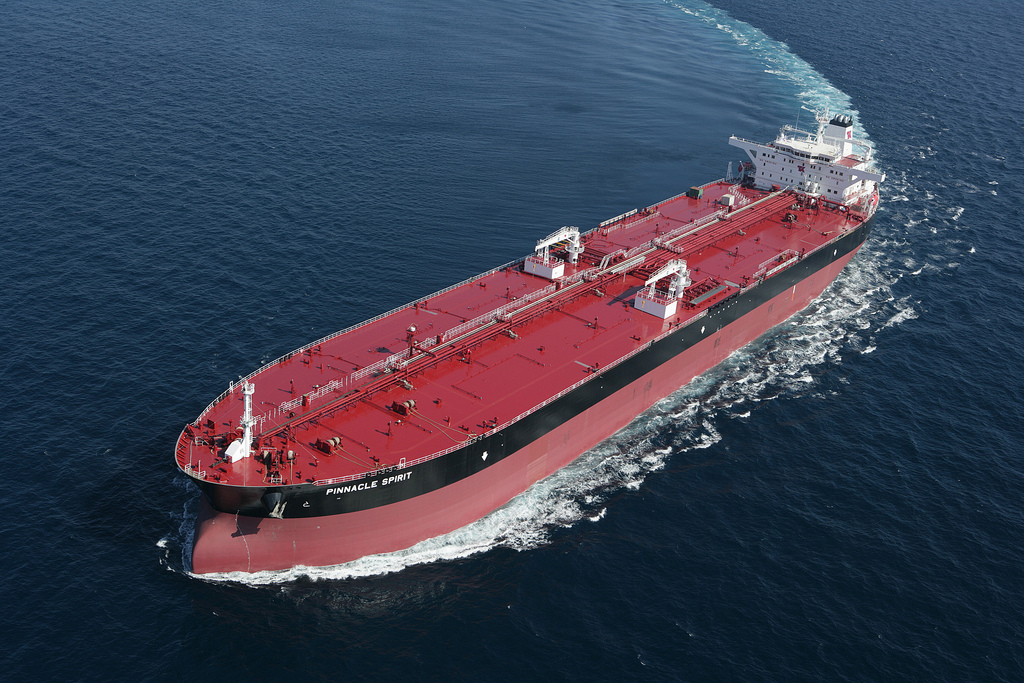 Teekay Offshore’s results increased during the quarter ended December 31, 2017, compared to the same period of the prior year primarily due to the contract start-up of the Randgrid FSO and the Pioneiro de Libra FPSO in the fourth quarter of 2017, and higher revenues earned in Teekay Offshore’s FPSO and shuttle tanker fleets due to higher operational bonuses and higher average rates, respectively. These increases were partially offset by higher repair and maintenance expenses related to two redelivered shuttle tankers to prepare the vessels for trade in the conventional market in 2017 and lower revenues from the towage fleet. Please refer to Teekay Offshore’s fourth quarter and annual 2017 earnings release for additional information on the financial results for this entity.

During October 2017 through February 2018, Teekay LNG took delivery of three MEGI LNG carrier newbuildings, the Macoma, Murex and Magdala, all of which immediately commenced their respective charter contracts with Royal Dutch Shell (Shell) ranging between six to eight years in duration, plus extension options.

In November 2017, Teekay LNG terminated its charter contracts with Skaugen due to non-payment of charter hire and established the Teekay Multigas Pool, a new in-house commercial management solution for ethylene-capable LPG and small-scale LNG vessels. The Teekay Multigas Pool now manages Teekay LNG’s seven directly-owned ethylene-capable LPG carriers, some of which are also capable of small-scale LNG shipping, which were previously part of the Norgas Carriers Pool operated by Skaugen.

In January 2018, Teekay LNG sold its 50 percent ownership interest in the S/S Excelsior to Excelerate Energy for net proceeds after repaying external debt obligation of $44 million.

In October 2017, the Randgrid FSO, which was converted from one of Teekay Offshore’s shuttle tankers at Sembcorp’s Sembawang shipyard in Singapore, commenced its three-year charter contract with Statoil on the Gina Krog oil and gas field in the Norwegian sector of the North Sea. This contract has 12 additional one-year options to extend.

In late-November 2017, the 50 percent-owned Pioneiro de Libra FPSO, which was converted from one of Teekay Offshore’s shuttle tankers at Sembcorp’s Jurong shipyard in Singapore, commenced its 12-year charter contract with a consortium of international oil companies, including Petrobras, Total S.A., Shell, China National Petroleum Corporation and CNOOC, on the giant Libra block in the Santos Basin offshore Brazil.

In December 2017, Teekay Offshore completed the upgrades to the Petrojarl I FPSO unit, which then arrived on the Atlanta field in Brazil in January 2018. The unit is now undergoing field installation and testing prior to commencing its five-year charter contract with Queiroz Galvão Exploração e Produção SA (QGEP), which is expected to occur in April 2018.

The Partnership is nearing completion of the previously-announced contract extension with Premier Oil to extend the employment of the Voyageur Spirit FPSO unit on the Huntington field out to at least April 2019. The new contract, which will take effect in April 2018, will include a fixed charter rate component plus a component based on oil production and oil price.

In January 2018, Teekay Offshore entered into a contract extension with Petrobras to extend the employment of the Petrojarl Cidade de Rio das Ostras (Ostras) FPSO for four months at a slightly lower fixed rate. Petrobras also has an option to extend the contract for an additional two months to July 2018.

In December 2017, Teekay Tankers completed a new five-year, $270 million, long-term debt facility. The new facility was used to refinance 14 of the vessels acquired through the merger with TIL, which extends Teekay Tankers’ debt maturity profile, reduces interest expense, and aligns to Teekay Tankers’ standard debt covenants.

In November 2017, Teekay Tankers completed the sale of one older Aframax tanker, the Kareela Spirit, for gross proceeds of $6.4 million.

In December 2017 and January 2018, Teekay Parent sold an aggregate of 4.0 million shares of common stock as part of a continuous offering program (COP), generating gross proceeds of $36.9 million, of which $25.7 million was received as of December 31, 2017. The Company currently has the ability to sell additional shares of common stock having an aggregate offering amount of up to $3.4 million under the Company’s existing COP.